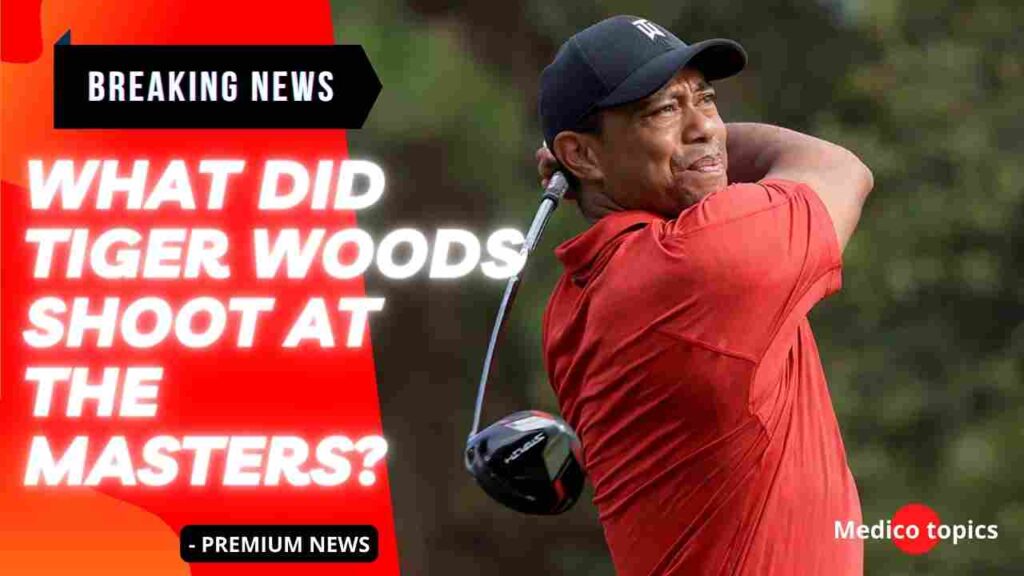 The five-time Masters champion started with a round of 1 under par, a physically guarded and mostly conservative round.

Tiger Woods’ first round at the Masters on Thursday was evaluated from two perspectives. One, how did he fare 14 months after his car accident in February 2021, given where he was 14 months ago? Another question is, how do you rate his performance in comparison to Tiger Woods’?

Given his physical condition, completing 18 holes on a difficult walking course 508 days after his last competitive round with a score of one-under 71 is nothing short of remarkable. He was only one or two shots off the lead for much of his round.

Tiger woods shoot at the Masters

Technically, Woods played a cautious, conservative round of golf around Augusta National. He didn’t make many bad shots, but he also didn’t make many great ones. At the first hole, he missed the fairway and the green but holed a 10-footer for par. His second shot at the par-4 fifth hole was within six feet, and his birdie putt lipped out for birdie.

His tee shot on the par-3 sixth hole was within five feet, and he converted for his first birdie of the day. His 50-yard third shot at the par-5 8th, however, did not reach the green. His chip flew past him by eight feet, and he missed the par putt. He birdied the par-5 13th after reaching it in two, but then bogeyed the 14th after missing the fairway and green.

His tee shot at the par-3 16th was about 20 feet right of the hole, but he made his only putt of any length the rest of the day for a birdie.

Woods only showed one sign of obvious distress when he grabbed his back after a pull hook into the trees off the tee on the par-4 9th. He couldn’t completely squat down to read putts. His gait was out of the ordinary, and it was most noticeable as he climbed the hill to the 18th green.

When he completed his round, he exited to rousing applause from the audience. He was in the top ten on the leaderboard, three spots behind clubhouse leader Cameron Smith.

The physical aftermath is all that remains. How will the pain and swelling be treated, and how will he prepare for the second round on Friday? If the first round on Thursday was exciting, Friday is sure to be as well.