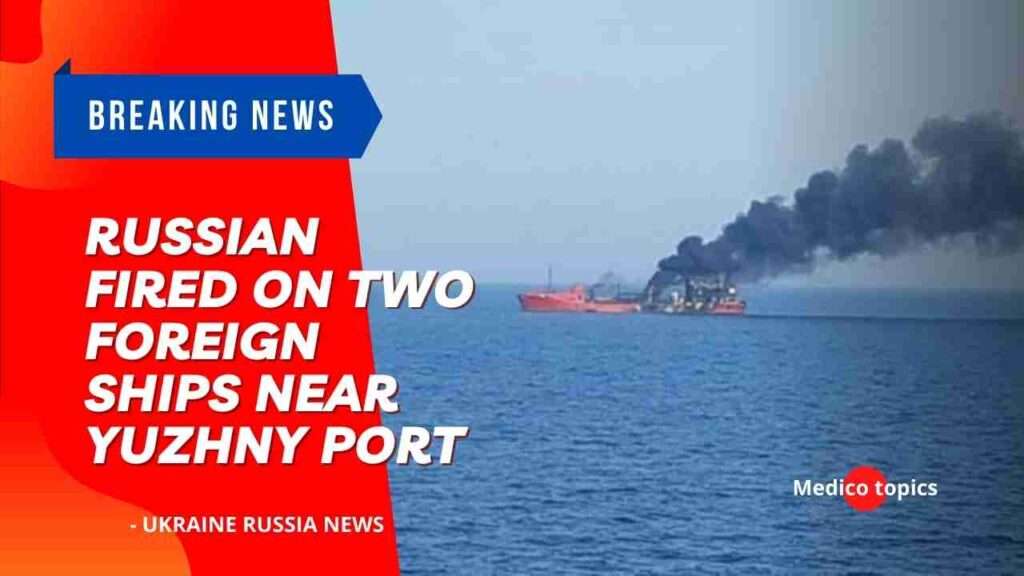 RBC-Ukraine writes about this with reference to the press service of the Ministry of Infrastructure of Ukraine.

According to the Yuzhny Vessel Traffic Control Post and the Harbor Master’s Service of the USPA South Branch, at 12:55 at anchorage No. 358, a missile hit the stern of the m/v “NAMURA QUEEN”.

The vessel flying the flag of Panama was heading to the port “Yuzhny” to load grain. Currently, it is known about the failure of part of the equipment. There is a fire on the ship, a fire tug was called. The P&O STAR tug moved to the rescue. The situation is under control.

Also, according to the information of the Commander-in-Chief of the Armed Forces of Ukraine, 12 miles from the port of Yuzhny, a ship of the Russian Federation knocked out a bunkering ship “MILLENNIUM SPIRIT” (under the flag of Moldova).

UPD. According to the service of the port captain of the Odessa branch of SE “USPA”, the missiles hit at 12:10 at anchorage 355. The ship was carrying 600 tons of fuel oil and diesel on board.

The ship, according to preliminary data, was fired upon by a Russian warship. One rocket hit the superstructure, the other hit the almond. There was a fire, which could lead to an ecological catastrophe in the event of an explosion. Crew members were in the water and asked for help.

The port of Chernomorsk received a command from the Marine Search and Rescue Service – to provide a berth with ambulances to provide assistance to 10 crew members of the m/v “Millennial Spirit”. Two members of the crew are in serious condition, including the captain of the ship, burned, his arm is broken. Others are in fair condition.

At 14:15 the victims were delivered to the port of Chernomorsk. They are taken by ambulance to the local hospital. Bunker at anchor. The situation is under control.

As reported, RBC-Ukraine prepared an online broadcast of what is happening as part of the military conflict on the territory of Ukraine, initiated by Putin.

Russia vs Ukraine: What will be the result of the current conflict? Live Ended

Sorry, no posts were found.

0 0 votes
Article Rating
Subscribe
3 Comments
Oldest
Newest Most Voted
Inline Feedbacks
View all comments
The SBU headquarters in Chernihiv was attacked. The building is on fire