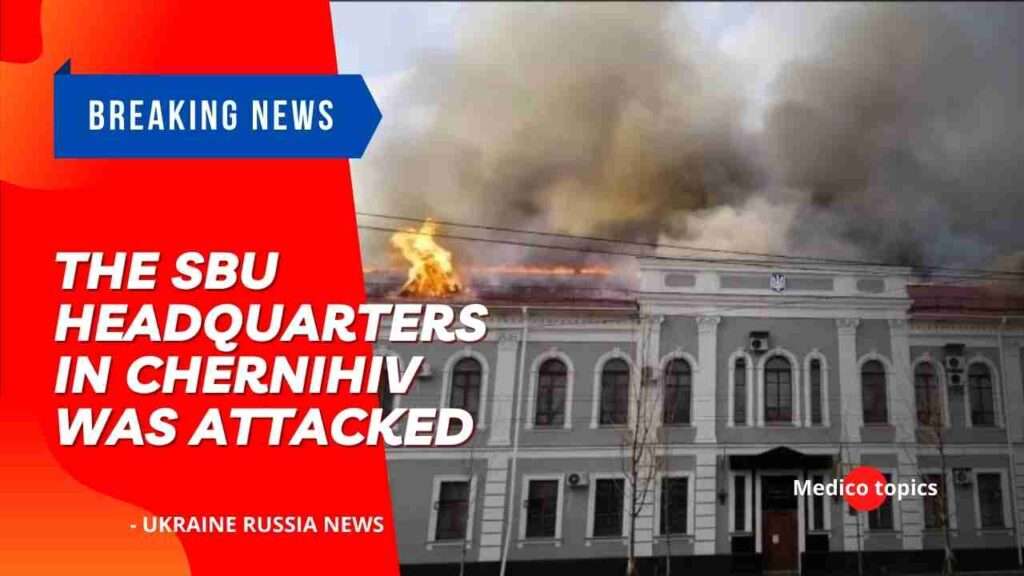 SBU headquarters: Today, on February 25 in Chernihiv, 2 shells hit the building of the regional department of the SBU (SBU headquarters). Now it’s on fire.

It is reported by Medico Topics with reference to Suspіlne.Chernіgіv.

“2 shells hit the building of the regional department of the SBU in Chernihiv. Now the building is on fire,” the report says.

In addition, as the secretary of the Chernihiv City Council Oleksandr Lomako said, there may be power outages in the city in the ZAZ micro-district and on Letnaya Street.

“The enemy hit the power line. Now it is especially dangerous to go out into the yard in the areas of Rokossovsky, May 1 and other streets,” he wrote.

It was also reported that near the city of Chernihiv, the military repulsed the breakthrough of the Russian troops. At the same time, enemy equipment was captured along with the documents of the Russians.

It is reported by Medico topics with reference to the Ground Forces of the Armed Forces of Ukraine .

“About 20 units of enemy tanks were destroyed in the Mensky direction of the Chernihiv region. The loss of manpower is being specified. Also, the Sever unit destroyed a convoy of enemy equipment that was moving from Repok to Chernihiv. Loss of about 10-15 units of equipment,” the report says.

0 0 votes
Article Rating
Subscribe
1 Comment
Oldest
Newest Most Voted
Inline Feedbacks
View all comments
“To be open, in spite of the past”: Revisiting Putin’s words in the light of Russia’s war in Ukraine | History Matters

[…] Stasi previously, making it easier to piece together the story of both countries’ Soviet past. Some of these Ukrainian archives, however, have now also been destroyed by Russian […]