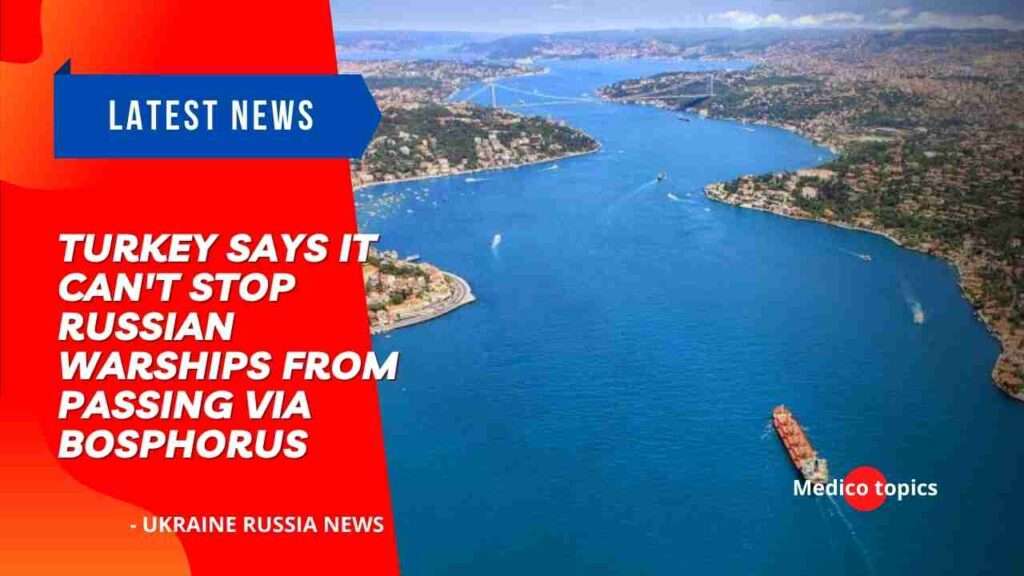 It is reported by Medico topics with reference to CNN.

Ukraine turned to Turkey with a request to block the passage of Russian warships through the Dardanelles and the Bosphorus. Cavusoglu said that Turkey is limited in its capabilities.

“In the event of a war in which Turkey is not a party, measures can be taken against countries that are parties to the war. If there is a requirement that the ships of the belligerent countries return to their bases, then this should be allowed,” he added. referring to Russia.

At the same time, he added that Russia had its own clause in the Montreux Convention. “Articles 19, 20 and 21 provide that if a ship of a country located in the Black Sea wishes to pass with a request to return to its base, this is allowed,” Cavusoglu said.

The Black Sea countries,, along with Turkey, Russia, and Ukraine, also include Bulgaria, Georgia, and Romania.

Warships may pass through the straits in peacetime, but under conditions that limit aggregate tonnage depending on whether they are a Black Sea country or not, and limit the length of stay in the Black Sea for non-Black Sea states. There are also limits on the caliber of weapons they can carry and Turkey must be notified of the request.