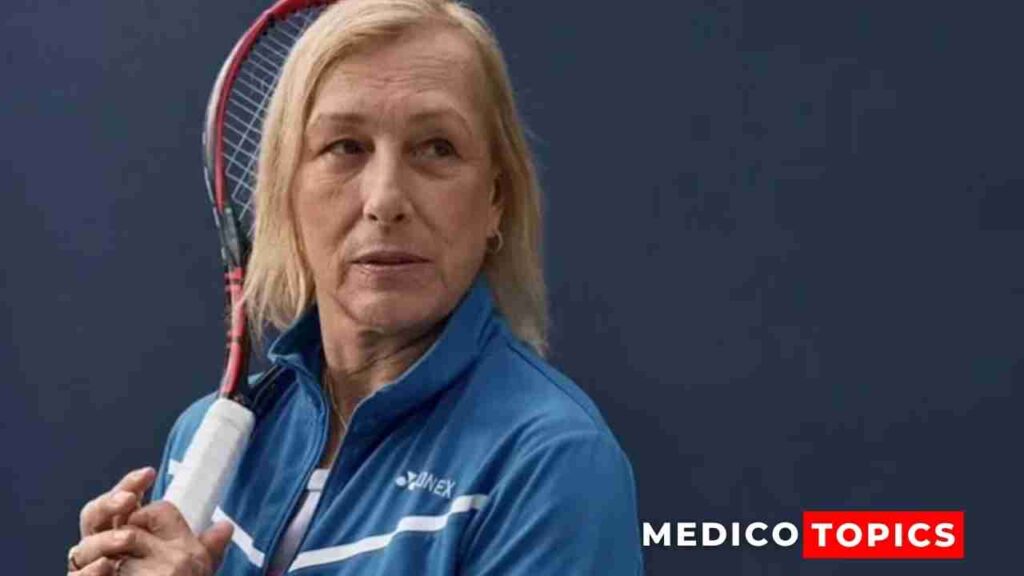 What happened to Martina Navratilova?

The nine-time Wimbledon champion Navratilova, 66, announced her diagnosis of breast and throat cancer in November.

In 2010, the former world number one from the Czech Republic received therapy for breast cancer that was still in the early stages.

“This double whammy is serious, but still fixable, and I’m hoping for a favorable outcome,” said Navratilova. It’s going to stink for a while, but I will fight with all I have got.”

The 59-time grand slam singles and doubles champion Navratilova will not attend the Australian Open this month, where she had planned to serve as a TV pundit.

The greatest women’s singles champion at Wimbledon was given a “good” prognosis, according to a statement from her representative.

“Martina Navratilova has been diagnosed with stage one throat cancer. The prognosis is good and Martina will start her treatment this month.”

The cancer type is HPV and this particular type responds really well to treatment.
Martina noticed an enlarged lymph node in her neck during the WTA finals in Fort Worth.

When it didn’t go down, a biopsy was performed, and the results came back as stage one throat cancer.

At the same time as Martina was undergoing the tests for the throat, a suspicious form was found in her breast, which was subsequently diagnosed as cancer, completely unrelated to the throat cancer.

Both these cancers are in their early stages with great outcomes. Martina won’t be covering the Australian Open for Tennis Channel from their studio, but hopes to be able to join in from time to time by Zoom.”

Her fight with Breast cancer:

After undergoing radiation therapy for breast cancer in 2010, the former world number one received the all-clear.

In 2019, She said in an interview about her cancer: ‘I found out it was DCIS which is not the worst kind. Sometimes I feel like I lucked out, I had good cancer – if ever there was an oxymoron.

‘For me, the scariest parts were going back to the doctor and getting a mammogram to see if anything else is there.

‘Growing up in a communist country, you have to keep things buttoned up. And then I left my family and I didn’t see my parents for four years. And that’s what I’ll start crying about because I can’t get that time back.

‘You just think, get on with it. Because the worst part of my life was already behind me.

‘This is only me, I can deal with it, but what hurt me was hurting my mum. Because the cancer was a piece of cake.’, she added.

In a 2017 interview, the Wimbledon star shared about her prior cancer diagnosis, narrating how “everything shifts” after accepting such life-changing news.

“You realize your life can change in a nanosecond, so that ‘seize the day’ thing definitely applies.

“I’m always very good at dealing with reality and getting on with it, not worrying about too many possibilities, just what is now, let’s deal with it.”

In the video, documented by Swiss healthcare firm Novartis, she stated: “Being a top-level pro-athlete, you learn to be positive, so that came in very handy as a patient.”

“However much money you make – you can make more, you can make less – time? That’s something you cannot ever have back.”

How did Sebastian Marino die? Former Overkill & Anvil Guitarist cause of death Explained