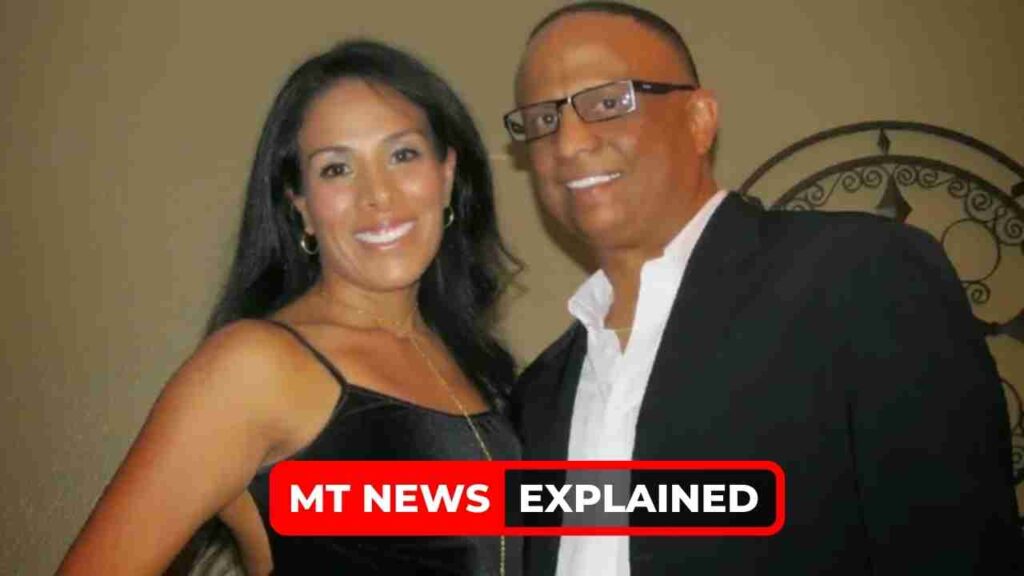 Why did Ramon Sosa fake his own death?

Ramon Sosa was astounded to discover himself in a shallow grave with a bullet wound to his head. Sosa, 55, of Houston, Texas, spoke about how he resisted the weird plan to get rid of him in 2016. He also admitted that he wouldn’t be surprised if Netflix contacted him about producing a series about his life.

He explained to the hosts of the daytime programme, Holly Willoughby and Philip Schofield, how he collaborated with Houston, Texas, police to apprehend his Mexican wife Lulu after she offered to have him killed for $2,000 by a former client of her husband’s.

How did Sosa fake his death?

“When investigators told me the plan, my first thought was, ‘You gotta be kidding me, man,’” Sosa stated.
“I believed they had enough proof to arrest her.”They said, “Yeah, we have enough proof, but she’s a gorgeous lady.” She is a community member and a mother of two.

We don’t want to risk having her put on trial and having one of the jurors feel sorry for her. Get a photo of yourself dead so we can show it to her. “And that’s how it all went down.”, he said.

Sosa is telling his story in the popular true-crime series “Who the (Bleep) Did I Marry?” on Investigation Discovery (ID).

The programme, which debuted in 2010, tells the tales of people who say “I do” their “soulmates” only to discover their spouses are hiding a startling truth. “I don’t want other couples in difficult situations to go through what I went through,” Sosa stated.

“And people still comment on it now, saying, “Wow, I can’t believe it happened to you.” I experienced it. You may experience it. Anyone could experience it.”

Sosa, the pro wrestler’s son, began a prosperous boxing career in his home country of Puerto Rico. Ramon Sosa is a former boxer and the proprietor of a well-known boxing facility. He relocated to Texas as a kid, where he got his start as a professional at the age of 17. But, due to poor management, he quit boxing and began training fighters.

Lulu Sosa, formerly known as Maria DeLourdes, is a Mexican mother of two who met her ex-husband Ramon Sosa in Houston, Texas, in 2007. They reportedly fell passionately in love and married soon after in 2009.

At the time, Ramon Sosa was divorced and had three children from his first marriage. At first, their union appeared to be picture-perfect. They even collaborated to open a second boxing gym. Lulu oversaw all of the financial matters while working as a trainer there. However, after six years of marriage, serious problems started to emerge.

As a result, the couple split up when Lulu allegedly accused Ramon of physically abusing her. Ramon vehemently disputed the allegations. Lulu hired a divorce lawyer to begin their divorce.

Ramon Sosa, however, ended up being fortunate enough to practically escape harm since his friend Mundo overheard Lulu and her daughter plotting to kill Ramon and told him about it. They then took the case to the police, who at the time were unable to assist them due to a lack of proof.

After that, Ramon and Mundo allegedly devised their own cunning scheme to trick Lulu into thinking that Mundo was assisting her in hiring the hitman to kill Ramon. Later in this extremely intriguing strategy, the cops became involved in the plan.

The red flag in their relationship:

Ramon said “The first red flag in my relationship with Lulu came when her mother approached me on the day of our wedding and said, “Now she’s your trouble.” Although I was shocked, I was glad to be married.”

“Once she got her American citizenship, she started changing in the way she talked to me and carried herself,” Sosa explained. “I remember she told me, Now, ‘I’m an American. I have all the benefits that you have in this country.’

She also told, “I just thought to myself, ‘What does that mean?’ It wasn’t easy. I was still trying to make our marriage work. I was trying to be a father figure to her son as he became more rebellious toward me. “But it was hard.”, Sosa stated.

A few years later, when Lulu, a mother of two, sided with her eldest son in disputes, issues emerged. She wanted her son to be the man of the house, and the problem started.

How Sosa staged his death?

He prepared an image where he posed in a grave with a fake gunshot hole in his head to make it appear as though he had been slain as part of their scheme to arrest her. Texas Rangers applied bloodied makeup to Sosa with FBI assistance, giving the impression that he had been shot in the temple.

Then they took him to the Texas desert, where they had already dug a shallow tomb, and buried him there. After that, he spent three days hiding out underground, leading his loved ones to worry that he had vanished.
In order to stage this shot, Sosa collaborated with the FBI. He was lying in a shallow grave in the Texas desert when they arrived there.

It dawned on me that I continued to share a home with the person who was plotting my death. It was the only way to capture Lulu in the act, he told. “I slept with the enemy and with one eye open, all while attempting to act as “normal” as possible so Lulu would continue with her scheme.” He described the act of staging the photo as “scary.” Absolutely and unimaginably scary.

Lulu was shown the image by an FBI agent who was acting undercover. When she saw them, she laughed before being taken into custody. Lulu was arrested by the police after showing her the fake photos.
Sosa expressed his sadness upon seeing her in prison, saying, It was very sad, I have so much rage but so much sadness. At one time we were in love – I thought I’d spend the rest of my life with her.’

Sosa about his experience:

“That image still serves as a reminder of one of the hardest things I have ever accomplished in my life.” he thought of me lying in a shallow grave in my underwear with a bullet hole through my temple is mind-boggling.’

Sosa stated that though their marriage and divorce were ‘difficult’, he ‘never, ever for one moment thought she would try to have him killed.

I Walked On My Own Grave:

He has now released a book – I Walked On My Own Grave – to encourage other men to come forward and share their stories as victims of domestic abuse.

Lulu was sentenced to 20 years in prison in October 2016 after admitting to encouraging murder. Lulu is currently jailed in the Crain Unit in Texas, where she will remain until her scheduled release on August 22, 2025.