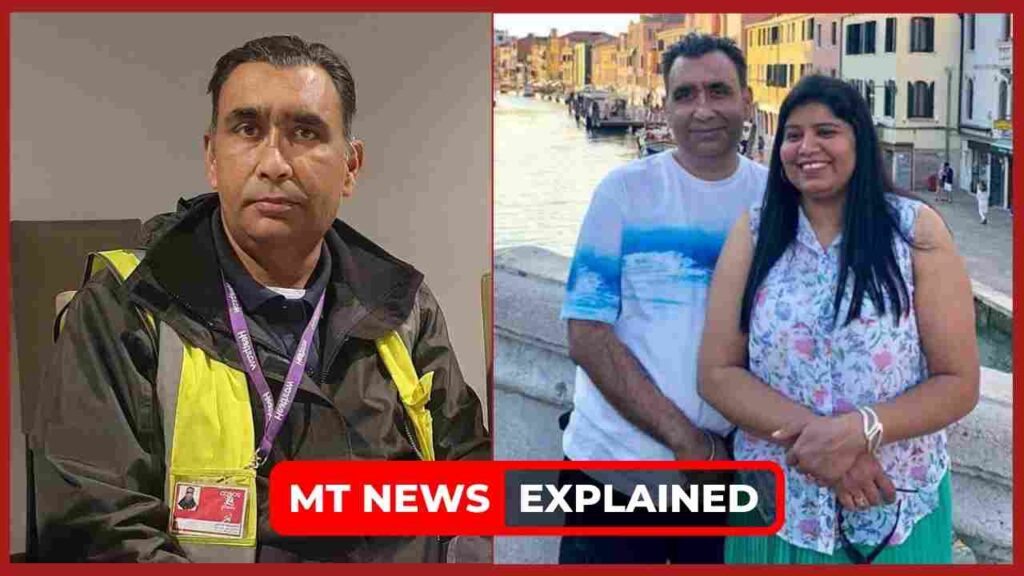 Fit and robust father, 49, passed away due to receiving a malignant kidney transplant by mistake, an inquest has been heard. Let’s see How a Kidney transplant has gone wrong and Healthy father died at NHS trust in detail below.

An inquest heard yesterday that a robust and healthy father passed away after medics gave him a kidney donation that contained cancer by accident.

Within a year following the treatment, 49-year-old Parminder Singh Sidhu, who was in excruciating pain, died in March when physicians missed a tumor.

The same donor’s organs were also given to two additional individuals, both of whom eventually developed cancer.

Doctors allegedly performed a scan on Mr. Sidhu’s body four months after the successful transplant, and a 1 cm lesion was discovered.

It was initially thought to be a cyst. Later on, it was discovered to be a very aggressive kind of cancer that had started on the donor organ itself.

My husband trusted his physicians so much,’ Tarjinder Sidhu, the grieving widow of Mr. Sidhu, told the online sources. Why did they overlook this?

He was just a normal husband, you know. To improve his life, he desired surgery. Now, it’s incredibly, really difficult for me and our kids. I constantly think of him.

Coroner Lydia Brown said in her narrative report that the death was caused by a known but extremely rare transplant-related complication.

To go from the initial elation of a successful transplant to the sad turn of events in the later part of last year must be so very difficult for you.

NHS trust explanation on this incident

Out of more than 80,000 transplants each year, Mr. Sidhu’s case was regarded to be so uncommon that it is thought to be one of just 11 in the entire globe.

Medical professionals had no reason to question the kidney, according to the inquest, as the donor herself showed no symptoms of malignancy.

There were no issues, according to Frank Dor, a specialist transplant surgeon at Imperial College Healthcare NHS Trust. All of us felt extremely shocked.

‘Even in retrospect, we couldn’t find any reason why this transplant shouldn’t have happened.

“Even in hindsight, we have considered all the information available to us, and there was no cause for alarm.”

Who was Parminder Singh Sidhu?

Mr. Sidhu, of Hounslow, west London, had kidney issues in his 30s and underwent a successful transplant in his native India in 2005.

However, the DHL airside loader at Heathrow began to have problems with the organ while the airport was in lockdown and was receiving routine dialysis at the hospital.

The otherwise healthy and fit father of two opted to have another transplant because the therapy was making it difficult for him to work as much as he would like to support his family.

No issues with the initial treatment

In April of last year, he underwent the procedure at Hammersmith Hospital, one of Europe’s largest kidney transplant facilities.

But even though doctors had informed him there were no issues following an initial scan and a follow-up one in August of the following year, he began to experience hip pain that winter.

Doctors reexamined his initial scan after discovering they had missed indicators of cancer since a subsequent scan in December indicated a 7cm tumor on the donated kidney.

He made the decision to have the kidney removed, but doctors missed the fact that cancer had already gone to his spine, and only two months after the operation—in March of this year—he passed away.

‘We were together for 21 years,’ said Mrs. Sidhu, a chef manager. ‘I feel like part of my body is missing. It feels like something is missing from my life all the time. ‘I have my family but I don’t have him. He was my life.’

Tests revealed the cancer was not lymphoma, a strain of the disease that occurs in around 2 percent of kidney transplants because immunosuppressant drugs stop the body from fighting cell mutations. Instead, the organ itself had cancer.

Investigations suggest that because the donor died of head injuries medics were unaware that she also had cancer.

Through moans, he told, “Watching your brother die is torment.”

He eventually lost the ability to walk. He had to be carried by my sister-in-law and me.

“My niece has suffered serious trauma.” The loss of her father at this age has altered her perspective on life.

I merely hope that we can determine what went wrong so that no other family will ever experience what we have.

To lower the risks involved with a transplant, NHS Blood and Transplant evaluates all prospective donors, gathering information on their medical, travel, and behavioral histories at the time of donation. They also run testing for a variety of viruses.

The surgeon examines the organ visually to determine whether it is suitable for transplantation after it has been received by the medical professionals attending to the prospective recipient.

Some very early cancers, however, cannot be found because they are too small and imperceptible to the naked eye.

Although the frequency of catastrophic complications has significantly decreased over the past few decades. kidney transplants still carry some risk, just like any other form of surgery.

A kidney transplant has risks that include: