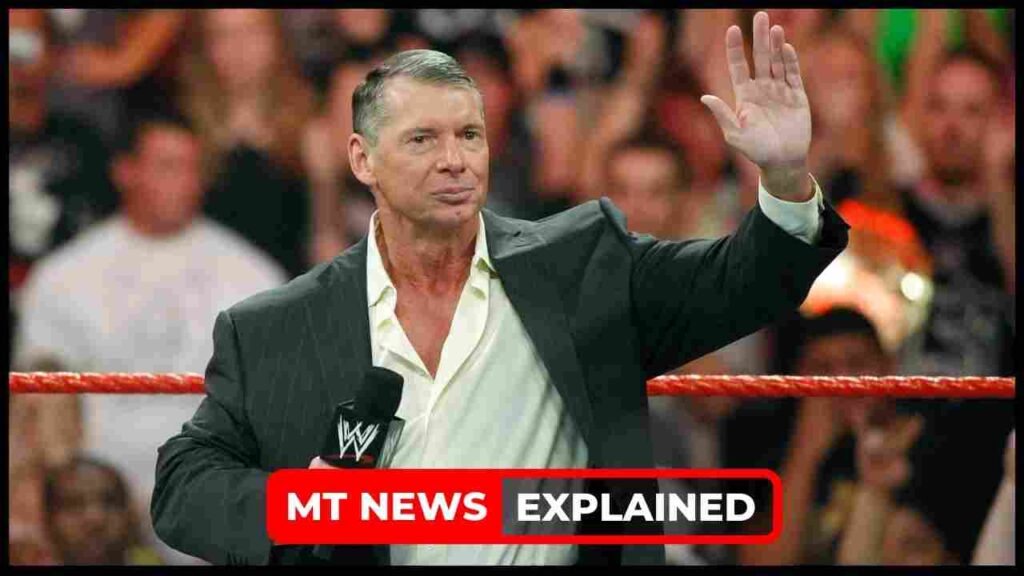 Vince McMahon intends to rejoin WWE. Vince McMahon, the former CEO, intends to return to the WWE, but only to sell the company that he built into a major global entertainment force. The American professional wrestling organization WWE was reportedly sold to Saudi Arabia’s Public Investment Fund on Wednesday morning, according to reports. Let’s see Why it is being sold by Vince Mcmahon and the reason for his return in detail.

After Stephanie McMahon announced her retirement from the company and her father Vince McMahon’s return to the position of chairman of the board, the reports started to circulate.

According to the Wall Street Journal, McMahon, who continues to own the majority of WWE’s stock, declared on Thursday that “he is voting himself and two previous co-presidents and directors, Michelle Wilson and George Barrios, to the board.” According to reports, three of the present directors will have to resign to make way.

McMahon, 77, announced his retirement in the summer of 2022 amid claims of sexual misconduct. Additionally, he is accused of using his funds to pay $19.6 million in non-disclosure agreement fees while failing to list those costs as personal expenses.

Why is WWE being sold by Vince Mcmahon?

McMahon has attempted to return before, but the board rejected those efforts. This time is different. In a statement, McMahon said that “WWE is entering a critical juncture in its history with the upcoming media rights negotiations coinciding with increased industry-wide demand for quality content and live events and with more companies seeking to own the intellectual property on their platforms.” ESPN quoted McMahon’s statement.

He went on to say that “my return will enable WWE, as well as any deal counterparties, to engage in these processes knowing they would have the backing of the majority shareholder.”

Since McMahon retired, Nick Khan and Stephanie McMahon have acted as the WWE’s co-CEOs. However, he may not have a problem with their leadership as much as he wants a chance to leave the WWE on his terms.

According to McMahon, his decision to resign last year was influenced in part by “poor advice from people close to him to stand down,” the Wall Street Journal reported.

Vince McMahon wrote the following to the WWE Board of Directors on December 20: “Stephanie McMahon, the current WWE Chairwoman, has my complete support. She is also Co-CEO alongside Nick Khan and WWE Chief Content Officer Paul “Triple H” Levesque.

“Stephanie, Nick, Paul, and the rest of the management team have my full and unconditional support, and as Executive Chairman, I would support them to facilitate unified, efficient, and effective decision-making during this important period in the Company’s history.”

To this point, Vince McMahon’s statements have been about wanting to sell WWE and he has said also that “WWE has an exceptional management team in place, and I do not intend for my return to have any impact on their roles, duties, or responsibilities.”

Stephanie McMahon resigned from her role as co-CEO of WWE earlier this morning. Before her father’s return last Friday, she served as the company’s chairperson. While Nick Khan is currently the sole CEO of WWE, Stephanie shared co-CEO responsibilities with him.

Paul “Triple H” Levesque, Stephanie’s husband and a former wrestler, will keep working for the organization. Since Vince departed as chairman of WWE last year, The Game has served as the company’s chief content officer.

Stephanie McMahon stated in an official statement, “I am sure WWE is in the best location to continue to deliver exceptional creative content and drive maximum value for shareholders. Nick’s leadership and Paul ‘Triple H’ Levesque as a chief content officer.

“Since WWE is in such good shape, I have chosen to resume my leave and go one step further by resigning in writing. I’m excited to support WWE from the other side of the industry, where I began when I was a young fan.

Who is Kelsey Nichole Turner? Ex-model gets prison on slaying of California doctor