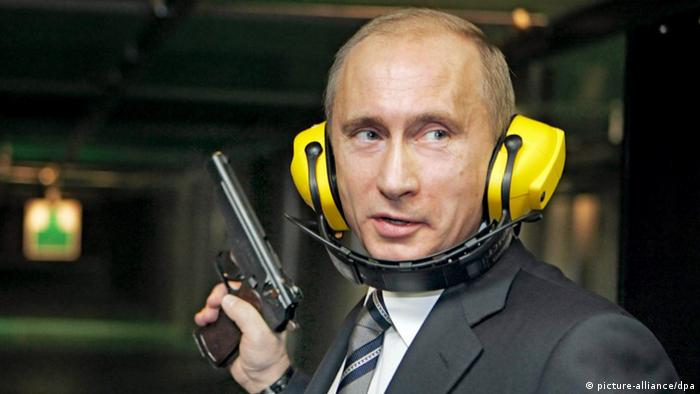 Russia Ukraine War 2022: The risks of war between Ukraine and Russia are growing at an alarming rate. Moscow has amassed a huge military force along Ukraine’s borders – about 100,000 troops and equipment capable of launching a full-scale war. Why Putin has a good opportunity now.

Back in December in a summit in Geneva, Russia presented two security agreements to the United States and made it clear that their terms were not negotiable. If the United States decides to abandon these agreements, Moscow threatens to have a military option – a kind of opaque hint of war.

Moscow is very unhappy with the way the Cold War ended and what it calls NATO’s eastward advance. But the truth is that NATO does not surround Russia, as only 6% of Russia’s borders border with NATO members.

NATO is not a threat to Russia: spending cuts have left NATO behind in terms of armaments compared to Russia. In the event of a Russian attack on the West, NATO will hardly be able to defend itself, let alone aggressive military action against Russia.

Moscow refers to the fact that Ukraine will soon become a member of NATO, and Ukraine’s armament is a threat to Russia. But it all sounds like an attempt to justify its own aggression, as British Defense Secretary Ben Wallace recently said.

First, Ukraine was not too eager to join NATO in 2014 – polls show that support for joining the Alliance is not gaining 10%. Only after Russia’s annexation of Crimea and the invasion of Donbas did support for NATO membership increase. Today, two-thirds of Ukrainians want to join NATO, but only after the attack on their country, so this is their option of protection.

As recent weeks have shown, there is a de facto very low probability that Ukraine will join NATO, as Allies are reluctant to spread support under Article V and irritate Moscow too much.

Secondly, in 2014, Ukraine had almost no defense capabilities, as evidenced by the fact that Crimea was annexed in a matter of hours with almost no resistance from Ukraine. Ukrainian forces barely restrained Russian military action in the Donbas in 2014 and 2015. And even with limited defense capabilities, Russia annexed and seized these territories – therefore, the non-NATO / demilitarized approach did not work last time.

And now this is not an option for Ukraine. Even today, the country does not face an aggressive military threat to Russia, as Ukraine has almost no air force, missile reserves, or air defenses. Again, all her actions point to a defensive position.

It was said that with the new Turkish drones Ukraine is going to regain power in the “LPR” and “DPR”. A complete delusion, which is spread by Moscow. After the huge military defeat of the Ukrainian military near Ilovaisk in 2015, it is clear to everyone that any escalation of Ukraine in the Donbas will receive a response from the enemy with the strong support of Moscow. Ukrainians are not stupid and they do not seek to take away “LPR” and “DPR” by force.

If it’s not NATO and not Donbas, then what

Putin clearly explained everything in his essay last year – the case in Ukraine. The problem is his problem with the collapse of the USSR and the loss of Russian “colonies.” He wants Russia to have a stronger status. He believes that Moscow has the right to influence countries such as Belarus, Ukraine, and Kazakhstan, and he is ready to use force to impose such an opinion.

He also feels threatened by democracy in Ukraine and the fact that Ukrainians fought on Euromaidan for the rule of law. This terrifies Putin because he thinks that the Russians will want it at home, and this could lead to a revolution against his regime.

Putin believes that this is a good opportunity. In the United States, the president is weak, his predecessor has undermined democracy, and the withdrawal of troops from Afghanistan shows that the United States does not want to interfere too much in defending democracy abroad. Europe is also seen as weak and divided by inexperienced and corrupt leaders, and Brexit has deepened the internal rift. He has allies in the form of Hungary, Slovenia, the Czech Republic, and even Germany, which he believes is working to suppress Europe’s interest in countering the attack on Ukraine.

From a military point of view, he thinks that time is no longer on his side. The longer he waits, the more military power Ukraine accumulates, and the greater will be the opportunity to increase the price Russia will pay for military aggression.

At home, Putin is king and god, he pushed back the opposition and shut the mouths of the independent media. Although the attack on Ukraine means human losses for Russia, he feels he will be able to manipulate public opinion at home by limiting political opposition.

Sanctions are a risk, but he believes that with a politically weak West, his allies in Europe could reduce the severity of those sanctions. In addition, for the past ten years, Russia has been building an economic stronghold with a strong financial balance that will allow them to survive the toughest sanctions: low debt, fiscal and current accounts in excess of $ 630 billion in gold and foreign exchange reserves.

This year is also important for Putin from a historical point of view: 30 years ago came to the humiliating end of the USSR. He is in power

I hope you read this article from beginning to end and gained a thorough understanding of the ‘Russia Ukraine war 2022’. This will be the second of a series of blogs in which I will discuss the current events in Russia, Ukraine, the United States, the United Kingdom, France, and other nations. We should contribute to what is going on in this world as human beings. And I’m here to give you everything from the scratch. Keep an eye out

1 thought on “For Russia, the War with Ukraine may begin Now or Never – Let’s See Why”