Yash is a name, which is not just in the South film industry, but fell worldwide from and rocking performances. He worked in many Kannada films till now, but ‘KGF Chapter 1’ took him to the heights of success. But do you know that Yash’s father, who has earned so much money, name, and fame, is a bus driver? Not only this, do you know that Yash’s real name is not ‘Yash’! Yes, Yash’s real name is something else. Today we are going to tell you some such stories related to his life, which you have hardly heard.

Yash’s real name is Naveen Kumar Gowda, born on 8 January 1986. He is known by the stage name Yash and has worked mostly in Kannada films. He is one of the highest-paid actors in the Kannada film industry. Fans also affectionately call him ‘Rocking Star’.

Yash made his debut in the year 2008 with the film Moggina Manasu. After this, he appeared in many films, including ‘Rajdhani’, ‘Drama’, ‘Googly’, ‘Raja Huli’, ‘Mr. and Mrs. Ramachari’, ‘Masterpiece’ and ‘KGF: Chapter 1’. Yash’s next film ‘KGF: Chapter 2’ will release this year, for which fans are eagerly waiting.

Yash’s father is a bus driver

Yash’s father Arun Kumar, who earns crores, works as a driver in BMTC Transport Service. It is said that Yash’s father likes his work. That’s why he does his work with full dedication despite being the father of a superstar.

Yash’s mother Pushpa is a homemaker. He also has a sister, whose name is Nandini. Yash spent his childhood in Mysore and after finishing his studies joined the Binaca drama troupe to learn acting. After this Yash worked in many TV serials, but in 2008 he got his first film, in which his co-star was Radhika Pandit, who is today his wife and mother of two children.

According to media reports, Radhika and Yash dated each other for a long time. The two appeared in several films and got engaged secretly in 2016 and had a private wedding in Bangalore in the same year. After this, when the reception party took place, Yash openly invited everyone. 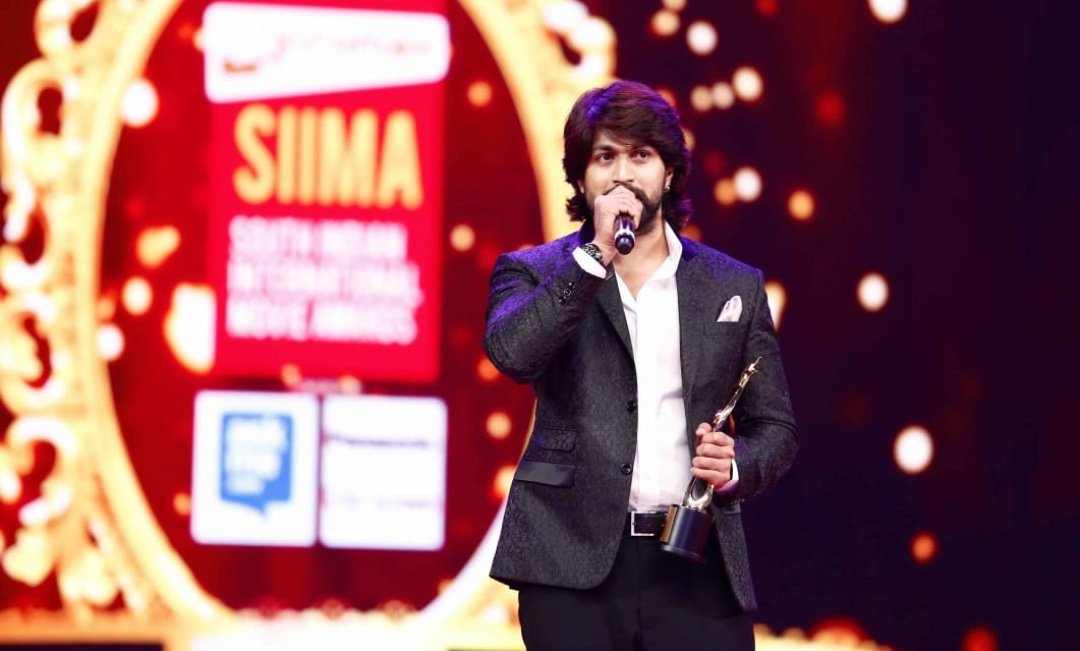 Modalasala was his first commercial solo smash two years after his first movie, and he went on to have a series of financially successful films after that. Let’s take a look at some of the big films in which Yash featured on his special day.

1. Modalasala – It was Yash’s first commercial solo hit, written and directed by Purushottham C. As the lovelorn metropolitan guy, Yash as Karthik captivated the hearts of the audience.

2. Kirataka – This film was significant for Yash since it was the 3000th Kannada film to be released. The film was based on the Tamil film Kalavani. In this film directed by Pradeep Raj, Yash plays a roadside, Romeo.

4. Masterpiece — Critics and fans alike praised Yash’s appearance and speech in the action thriller. His persona was portrayed as rowdy, which gave the audience something new to witness.

5. KGF Chapter 1: Critics appreciated his performance as Rocky, a high-ranking assassin in Mumbai. Everything about it was praised, including the film’s spectacular set, director, captivating tale, and star cast performances. With nearly Rs 250 crore in box office revenue, it became Sandalwood’s highest-grossing film.

These are a few of his films that have been commercially successful. One can’t wait for KGF Chapter 2 to be released and watch how it breaks box office records. Here’s wishing Yash, the Kannada cinema’s superstar, a very happy birthday!