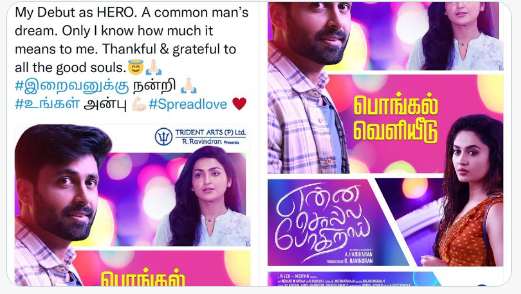 ‘Enna Solla Pogirai’ is a film produced by Trident Arts. It stars Aswin Kumar, who is famous for his role in ‘Cook with Comali’. The film stars Avantika, Teju Aswini, and ‘Cook with Comali’ fame and is directed by Hariharan. 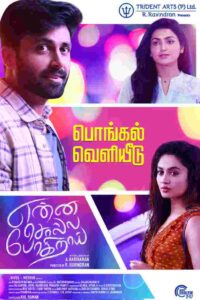 The film crew officially announced that the film would be released in the first week of last December. Earlier, the music release ceremony of the film was held in Chennai. Aswin’s speech at the event is currently causing controversy. Speaking at the event, Aswin said, ‘Enna Solla Pogirai’ Vijay TV has been the biggest turning point in my life.

I have a bad habit. I would fall asleep if I didn’t like listening to the story. I fell asleep listening to 40 stories. The only story I heard without sleeping was “Enna Solla Pogirai” His speech was widely criticized on social media.

இறைவனை நம்பி, மற்றும் உங்களின் அன்பு 🤍
My Debut as HERO. A common man’s dream. Only I know how much it means to me. Thankful & grateful to all the good souls.😇🙏🏻#இறைவனுக்கு நன்றி 🙏🏻 #உங்கள் அன்பு 💪🏻#Spreadlove ♥️ pic.twitter.com/4WXbU6zEwO