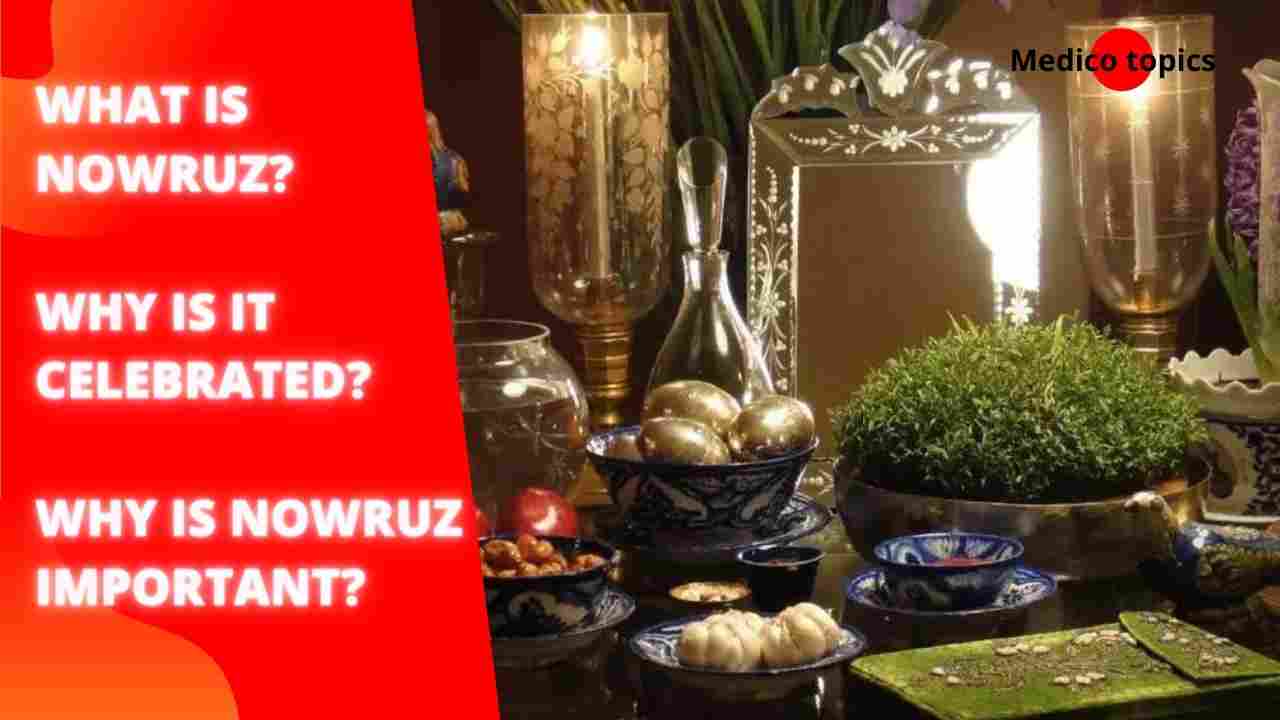 What is Nowruz and why is it celebrated: Nowruz, which means “new day” in Persian, is the most important festival in Iran. Nowruz (Persian, pronounced [nowˈɾuːz]; lit. ‘new day’) is the Persian word for the first day of the Iranian New Year, also recognized as the Persian New Year.

It is also observed in several other countries throughout the Middle East, Central Asia, South Asia, the Balkans, and East Africa, and has a history of at least 3,000 years. The holiday has evolved over the thousands of years it has been observed, with different regions preserving or developing different traditions while also adding new ones. However, wherever it is observed, it honors the original message of rebirth and renewal.

It begins on the spring equinox and corresponds to the start of Farvardin, the very first month of the Solar Hijri calendar (an Iranian calendar used officially in Iran and Afghanistan). The day is identified by various ethnolinguistic groups around the world and falls on or around March 21 on the Gregorian calendar.

When is Nowruz Celebrated?

Nowruz symbolizes the spring equinox when the lengths of day and night are equal. This is usually on March 20 or 21. It’s the day when winter gives way to spring in the northern hemisphere, and it feels like a fresh start. In Iran, it is presented in form days of public holidays, as well as a two-week closure of schools and universities.

What do people do to prepare for Nowruz?

What is Nowruz and why is it celebrated: People begin preparing for the festivities weeks in advance. They clean their homes thoroughly, including the carpets, windows, and curtains. Everyone in the family will help with this. Everything that is broken is repaired or replaced, and the house is adorned with flowers. People do spring cleaning to wash away bad things from the entire past year and prepare for better stuff in the coming year.

People set up a special table in their homes, with small dishes containing seven symbolic foods and spices. Because the names of these foods all begin with the letters in Persian, the table is known as the ‘seven s’s’ (haft-seen).

How is it celebrated & Importance of Nowraz?

What is Nowruz and why is it celebrated: Fire is an important part of the festivities, and bonfires are built and illuminated on the streets for four Tuesdays leading up to Nowruz. On the last Tuesday of the year, people celebrate the Festival of Fire (Chaharshanbe Suri), which involves jumping over these fires to bring health and good luck in the coming year.

Iranians spend Nowruz night with their families. Whitefishfish with rice and herbs is the traditional New Year’s Eve dinner. To celebrate the new year, many families give their children a monetary gift (known as eidi). People frequently pay visits to one another’s homes and always bring traditional presents.

On the street, people also celebrate. Traditional poetry, song, and dance are central to the celebrations, and crowds line the streets to watch and participate in the performances. Traditional sports are also well-liked. They frequently include horseback riding or wrestling.

When will it be over?

The celebrations conclude on the 13th day after Nowruz when people typically picnic outside. The countryside is teeming with families eating, dancing, and singing on the last day of the vacation.

[…] What is Nowruz and why is it celebrated? Why is Nowruz important? […]