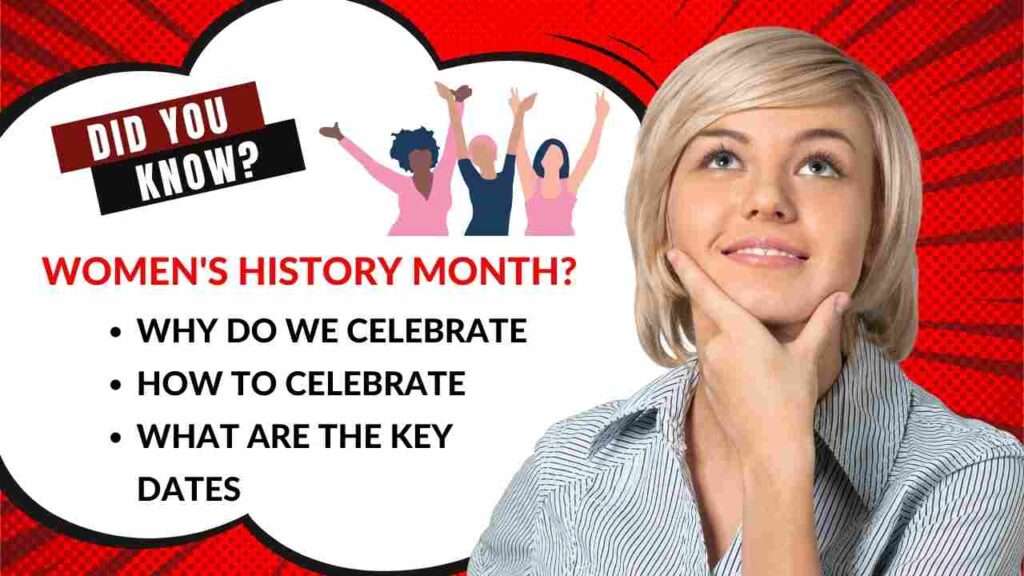 What is Women’s History Month?

Women’s History Month is an annual celebration of women’s contributions to historical events and modern society. It is celebrated in the United States, the United Kingdom, and Australia in March, coinciding with International Women’s Day on March 8, and in Canada in October, coinciding with Persons Day on October 18.

Women’s History Month is a celebration of the often-overlooked contributions of women to the history of the United States.

Why do we celebrate Women’s History Month?

Because women are often unsung heroes, quiet helpers, and wise moms who hold society together, you’ll never hear her demand attention, but because she eludes it in all she does, you’ll immediately admire the way she moves, creates, works toward, or provides for her children. Many women have a greater impact on their husbands’ professions than they are generally given credit for. We know we are fortunate to know many women of all ages who continue to show courage, love, and tenacity. Every day, honor a woman, as well as a man, for there would be no woman without a man, so value the woman God has given you. It has nothing to do with the woman’s appearance.

How did women’s history month start? 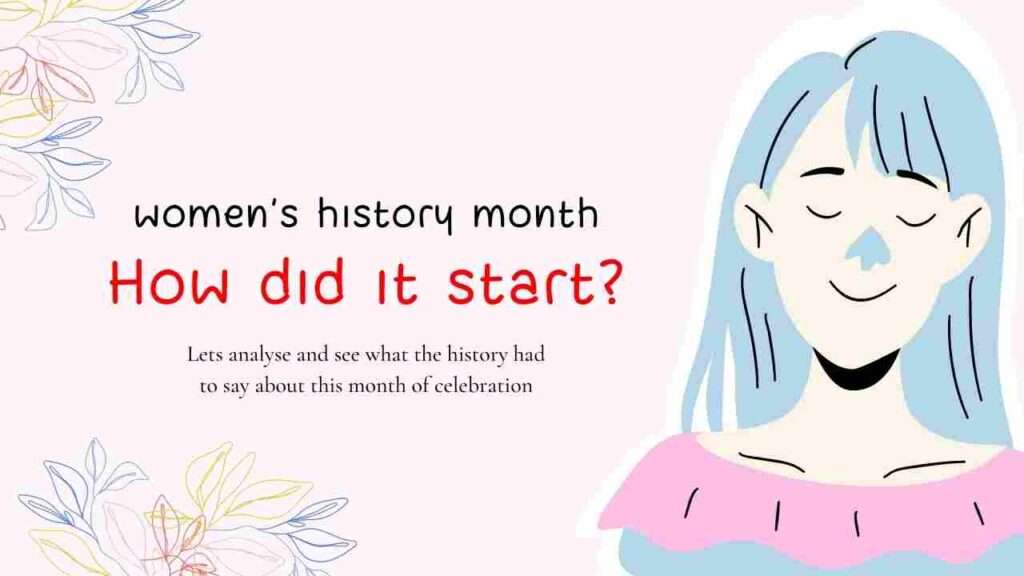 Countless recognized and unrecorded ways, American women of every race, faith, and ethnic origin contributed to the founding and development of our nation.   American women served as leaders in public affairs not just to win their own rights to suffrage and equal opportunity, but also to promote abolitionist, temperance, mental health reform, industrial labor, and social reform movements as well as the modern civil rights movement.

Over the next five years, Congress passed joint resolutions establishing a week in March as “Women’s History Week” and authorized the President to make a proclamation informing the public of this distinction and encouraging people to learn more about women’s contributions to American history. The National Women’s History Project petitioned Congress in 1987, and Congress approved Pub. L. 100-9, designating March 1987 as “Women’s History Month.” This statute required the President to issue a proclamation encouraging Americans to participate in suitable events and ceremonies during this month.

How to celebrate National Women’s History Month in 2022?

Demonstrations, educational activities, and traditions like presenting women with gifts and flowers are held in many countries around the world to celebrate the festival.

If you have a group gathering or class, having people choose a famous (or potentially notorious) woman to honor with a brief, engaging, and possibly amusing talk might be entertaining. Those who broke down barriers where women were previously barred, or those who were very famous in a particular field, could be suitable candidates.

Another method may be to talk about how women’s lives have altered in general as a result of anything specific: war, law, climate change, or new tools that make women less overburdened.

A discussion of a good change achieved by a women’s group would also be interesting.

If none of them completely fit, at the very least they’ll get you thinking.

What are the key dates for women’s history month?

I know this one month of celebration and recognition of behind the screen workers of this successful world which are not often recognized is just amazing. Let me as a woman or man how do you feel about Women’s History Month 2022.

Get the latest news and behind the scene stories here on Medico topics and its Twitter page.