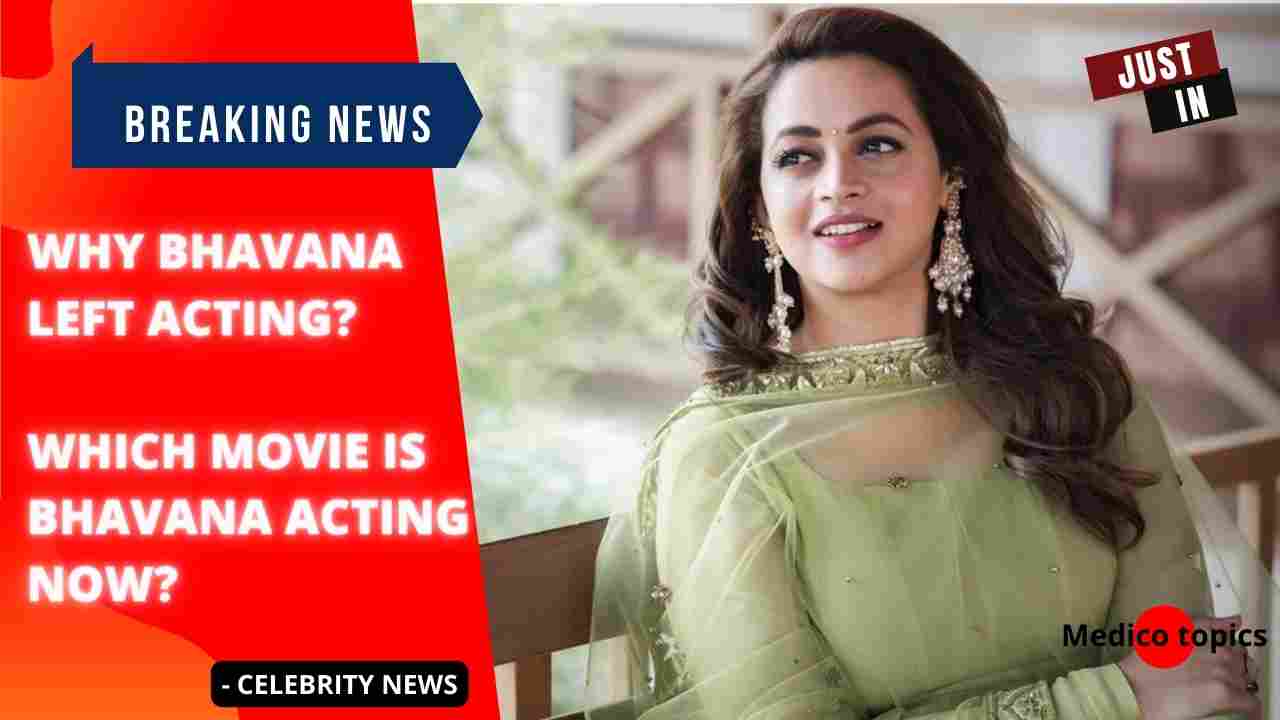 Why Bhavana left acting: Bhavana, a South Indian actress, is synonymous with bravery, beauty, and talent. The actress was recently spotted in an interview hosted by actress Priyamani. She spoke about her acting debut, falling in love with Kannada actor Naveen, and bonding with close friends in her first interview after her marriage.

While Priyamani described Bhavana as bold, beautiful, and talented, Bhavana stated that she was very unpredictable, emotional, moody, sometimes silly and stupid, but also very practical and sensible.

“Friends are a big part of my life,” the actress explained. “My anchor, Shilpa Bala, is a very close friend of mine. Similarly, I began my friendship with Remya Nambeesan when she was anchoring shows; I had once gone as a guest. Remya’s family has become like my own. “Then there’s Mridula, Shritha, Samyuktha Varma, Sayanora, Shafna, Manju Warrier, Geethu Mohandas, and Poornima Indrajith,” she added.

Regarding her relationship with Naveen

Bhavana stated that she met Naveen on the set of her third Kannada film, Romeo. “Initially, we only discussed professional matters. Because I was not fluent in Kannada at the time, Naveen used to communicate with me directly rather than through managers. We became good friends after a while, and on days when the shooting finished early, Naveen, my mother, and I would dine out together. Friendship paved the way for love over the years, and that is how we became one “.

When Priyamani inquired about her family’s approval, Bhavana stated that because her mother knew Naveen, she was fine and very happy to have chosen a good guy like him. Despite her father’s reservations about him being a non-Malayali, it was my mother who assured him that he would bond with their family so well and that his reservations would vanish once he met him.

Why Bhavana left acting: Bhavana says it’s been almost a year since her last Malayalam film was released, but she doesn’t miss the industry. She also stated that she is always willing to take on good roles and that she was never asked to give up her career after her marriage. When asked about her early days in the industry, Bhavana revealed that she had considered quitting films at one point. Even though she was very busy in the first two years of her career, the projects she was given frequently labeled her as a second heroine, so she wanted to leave.

However, it was then that a good potential character in Daivanamathil came her way, and she went on to the Tamil industry, where she received a slew of films beginning with Chitiram Pesuthedi.

Bhavana describes herself as a die-hard fitness fanatic who works out four to five days a week. At the same time, she admitted to having a weakness for junk food. She claimed she was metabolically blessed,’ so what she ate did not affect her body.

Which movie is Bhavana acting now?

Ntikkakkakkoru Premandaarnnu marks Bhavana’s return to Malayalam cinema which she is acting now. The male lead is played by Sharafudheen. Mammootty’s social media page revealed the title poster for the film, which was produced by Renish Abdulkhader under the banner of Bonhomie Entertainments.