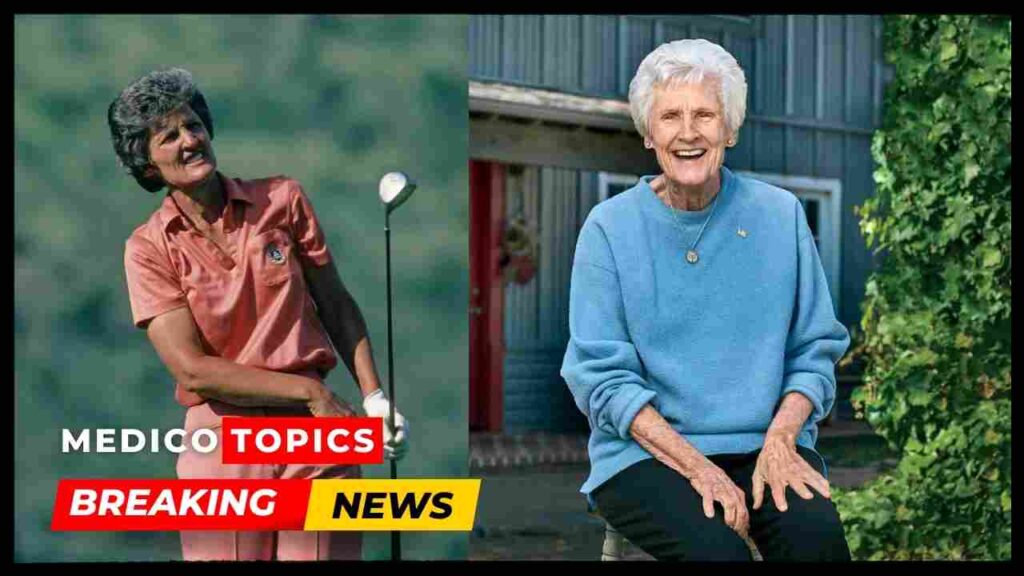 Record-Holder for U.S. Golf Victories Kathy Whitworth Passes Away at 83. Whitworth, a member of the golf hall of fame, was the first female professional golfer to earn more than $1 million. Let’s see what happened to her and Kathy Whitworth cause of death in detail.

What happened to Kathy Whitworth?

The Associated Press reports that golf star Kathy Whitworth, who throughout her career amassed a record 88 victories on the LPGA Tour, passed away on Saturday at the age of 83.

Whitworth holds the record for the most professional golf wins with 88, six more than Sam Snead and Tiger Woods, who are tied for the top spot among men.

It is with a heavy heart that we share the news that LPGA Hall of Famer Kathy Whitworth has died at the age of 83.

Her 88 LPGA victories are the most ever on a professional tour.

Kathy Whitworth cause of death

She was the first woman to reach $1 million in lifetime earnings on the LPGA in 1981, and she is now a member of the Women’s Sports Foundation Hall of Fame, the World Golf Hall of Fame, and the LPGA Hall of Fame.

Whitworth “died suddenly” while spending Christmas Eve with loved ones, according to a statement from her companion, Bettye Odle, who did not provide the cause of death. Additionally, no previous history of a chronic illness or disease has been discovered.

According to Odle’s statement, Kathy “leaves this world the way she lived it—loving, laughing, and making memories.”

American professional golfer Kathrynne Ann Whitworth died on December 24, 2022 (she was born on September 27, 1939). She was the most successful player on the LPGA Tour, having won 88 events throughout her playing career. She was the first woman on the LPGA Tour to collect $1 million in earnings during her career in 1981. The World Golf Hall of Fame includes her as a member.

Whitworth was born in Monahans, Texas, on September 27, 1939. Whitworth resided in Jal, New Mexico, the location of her father’s hardware business. When she was 15 years old, she started golfing. She won the New Mexico State Amateur Championships in 1957 and 1958. She was an Odessa College student. At the age of 19, she joined the LPGA and turned professional.

Whitworth won the Kelly Girls Open, her debut competition, in 1962. Six major titles in all were won by her. She won the Vare Trophy for the best scoring average by an LPGA Tour player a record seven times between 1965 and 1972, was named LPGA Player of the Year seven times between 1966 and 1973, and was inducted into the World Golf Hall of Fame in 1975.

In 1965 and 1967, she received the Associated Press Female Athlete of the Year award. During the celebration of the 100th anniversary of golf in America in 1988, she was named “Golfer of the Decade” by Golf Magazine for the years 1968 to 1977.

For consistently exceptional contributions to golf, she was given the William Richardson Award by the Golf Writers Association of America in 1985.

In 1974, Whitworth won the Orange Blossom Classic. It was her fifth triumph in that tournament which was also known during its existence as the St. Petersburg Open. Only three other LPGA golfers have won the same tournament five times. Whitworth was the U.S. team captain at the inaugural Solheim Cup match in 1990.

After participating in the BJ’s Charity Classic, a competition on the Women’s Senior Golf Tour, Whitworth announced her retirement from competitive golf in 2005.

“Kathy Whitworth set a benchmark in golf no one has ever touched, whether it was Sam Snead or Tiger Woods, Mickey Wright or Annika Sorenstam. Her 88 victories are the most by any player on a single professional tour.” “Whitworth, whose LPGA Tour victories spanned nearly a quarter-century and who became the first woman to earn $1 million on the LPGA, died on Christmas Eve, her longtime partner said. She was 83.” “Bettye Odle did not disclose a cause of death, saying only that Whitworth died suddenly Saturday night while celebrating with family and friends.”

You Never KNOW when it will be YOUR time. Do what matters most for your last day maybe tomorrow. Whitworth died suddenly Saturday night while celebrating Christmas Eve with family and friends, her longtime partner Bettye Odle said. “Kathy left this world the way she lived her life, loving, laughing, and creating memories,” Odle said in a statement.

My mother loved playing golf. Kathy Whitworth was often mentioned to me as a role model. My condolences to all who loved her.

Until Kathy Whitworth’s passing was announced today by her longtime partner Bettye Odle, it wasn’t commonly known that Whitworth was the winningest golfer in history! She won an incredible 88 LPGA Tour tournaments. Sam Snead and Tiger Woods are tied for that honor on the PGA Tour but did not surpass Whitworth. Snead and Woods each won 82.

Whitworth, whose LPGA Tour victories spanned nearly a quarter-century and who became the first woman to earn $1 million on the LPGA, died on Christmas Eve, her longtime partner said. She was 83.https://t.co/v6ZJyeAns7

Condolences to family and friends of Texas Golf HOF and LPGA Hall of Famer Kathy Whitworth. She passed away last night at the age of 83. 88 wins on the LPGA tour. Gracious lady. pic.twitter.com/0OvW6sx1ch

A legend and a role model. So sad to hear of the passing of LPGA Hall of Famer, Kathy Whitworth. Thank you for your contributions to the game I love. pic.twitter.com/bc3BkUIMqG

Missing: What happened to George Musser? Know everything about Stillwater 20 years old

Who is Jack DuCoeur? Is he the murderer of Idaho students? Know more about ex-boyfriend of Kaylee Goncalves