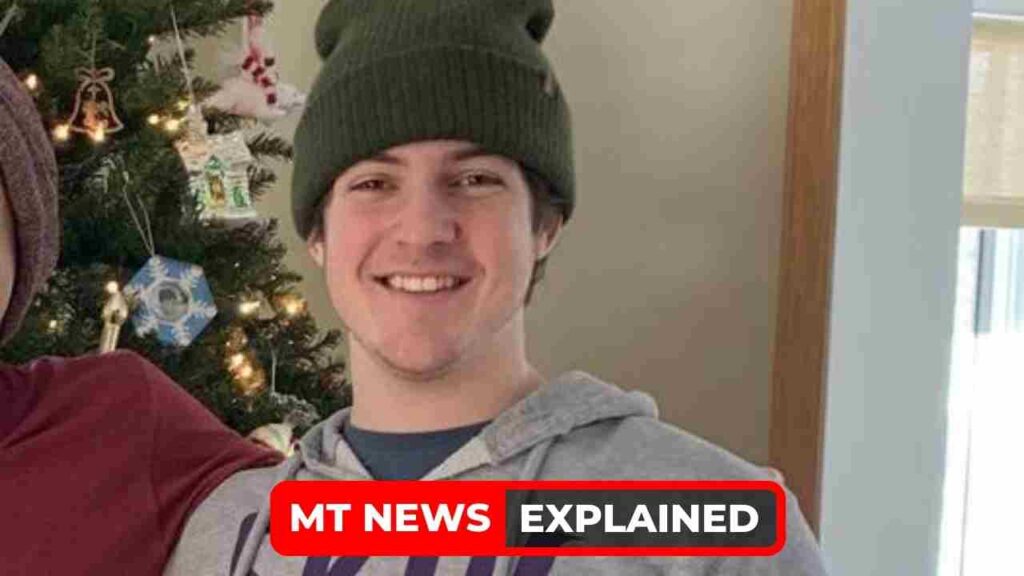 The Stillwater, MN Police Department is still looking for George Musser, 20, and conducting an investigation. Let’s see more about the Stillwater missing person and what happened to him in detail.

What happened to George Musser?

Stillwater police are appealing for help from the public after a youngster went missing early on Saturday.

George Musser, a 20-year-old man was last seen at Brian’s Bar in downtown Stillwater at around 2:10 am on Saturday, December 24, according to the police.

MISSING PERSON ALERT: The Stillwater Police Department is requesting the public’s assistance locating George Musser. The 20-year-old was last seen at Brian’s Bar in Stillwater at approximately 2:10 am on Saturday, Dec. 24. pic.twitter.com/H2yPmd0cOn

He was wearing a stocking cap, dark blue pants, and a dark gray flannel shirt when he was last spotted. He is a 5-foot-8-inch, 145-pound white man with brown eyes and brown hair.

Please inform the Stillwater Police by calling Washington County Dispatch at 651-439-9381 if you have seen him or know where he is.

Search party organized in search of the missing youngster:

At 11:30 a.m. Sunday, family and friends will gather to search for a missing 20-year-old who was last spotted leaving a Stillwater bar on foot without a coat.

A community-led search will start on Sunday at 11:30 a.m., according to George Musser’s mother, Nancy Musser.

“Due to the dark, we stopped for the night we haven’t had any success or clues to help find him. If anyone has any information we need it! Thank you for braving the cold and helping today,” she wrote.

Please exercise caution when searching because it is quite chilly and we can’t enter private property, she added. At around 2:10 on Saturday am, George Musser was last seen at Brian’s Bar in downtown Stillwater.

A search dog followed George’s scent up the Chestnut steps, and a cab driver said he spotted someone wandering close to the old courthouse who matched George’s description at three in the morning. However, none of this is confirmed. “It’s all speculation.”, said Nancy.

She requested that anyone with any information on George call 911 or the Washington County Dispatch at 651-439-9381.

Who is Jack DuCoeur? Is he the murderer of Idaho students? Know more about ex boyfriend of Kaylee Goncalves