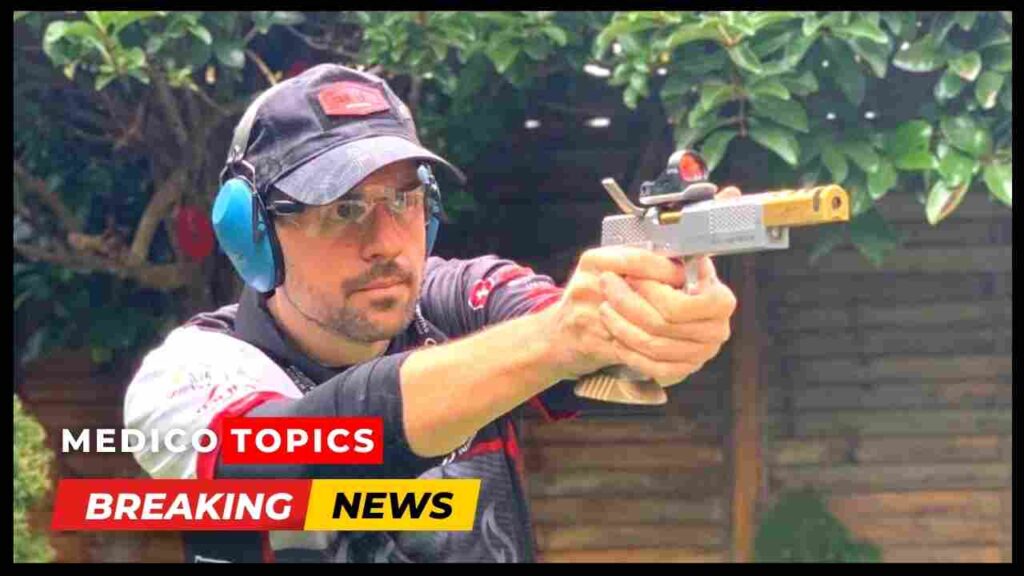 Jorge Ballesteros, a Spanish sport shooter who won the IPSC World Championship and the gold medal overall in the Open division, has unexpectedly passed away. Let’s learn more about what happened to him and Jorge Ballesteros cause of death.

What happened to Jorge Ballesteros?

Jorge Ballesteros’ passing has been confirmed by Double-Alpha Academy with great sadness, the statement reads,

It is with a heavy heart that we announce the passing of our dear friend and IPSC World Champion, Jorge Ballesteros. Jorge, who was just 39 years old, passed away unexpectedly. Jorge was not only a gifted competitor but a true sportsman and friend to all who knew him. His passion for the sport of IPSC was matched only by his dedication to honing his craft and mentoring others.

His achievements in IPSC were many, but his crowning achievement was his IPSC World Champion title, which he won at the peak of his career. Jorge’s friendly personality, kindness, and helpfulness in the shooting community will be greatly missed. He was not only an IPSC World Champion but an example to follow, his humility and joy will never be forgotten. Our deepest condolences go out to Jorge’s family and friends during this difficult time. He will be deeply missed but forever remembered. Rest in peace, dear friend. 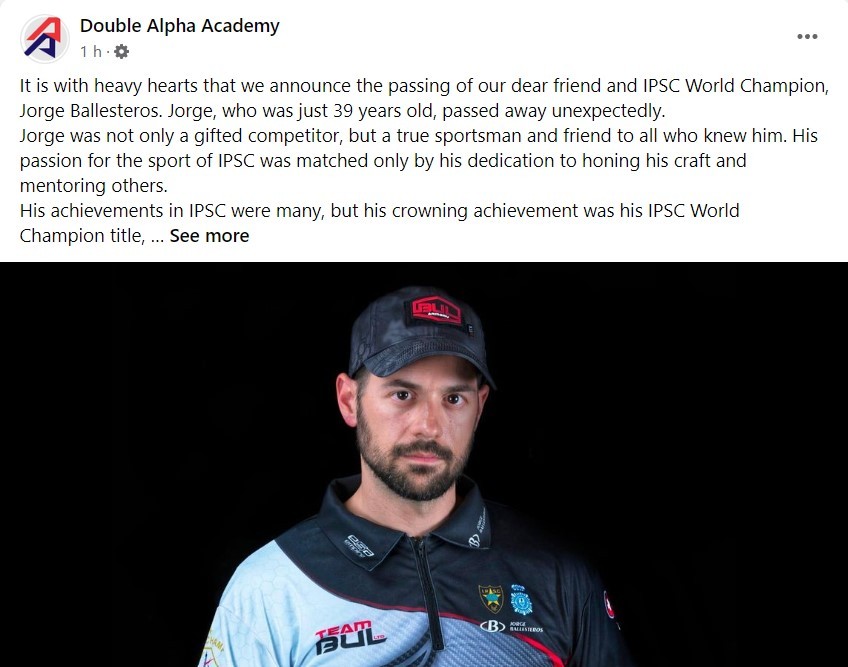 Who was Jorge Ballesteros?

Jorge Ballesteros Fernandez was born on May 27th, 1983 in San Sebastian, Guipuzcoa. When he was six years old, his family relocated to Madrid.

After completing his high school education in 2002, he continued his studies in business management at Alcala de Henares University until 2008, when he began his career as a police officer.

His love of sports began when he was a young child; he participated in Judo, Karate, athletics, soccer, basketball, ping pong, and other sports. He’s been a strong challenger and competitor his entire life.

He was exposed to his father’s fascination with the interesting world of practical shooting as he grew up (IPSC). His father introduced him to the world of shooting sports when he was just 16 years old since he had always had the desire of becoming a professional shooter.

However, Spanish law forbids and did not permit at the time underage gun ownership, which is why he traveled to France for his first competitions while always being escorted by his father.

Shortly after turning 18, he competed in his first Spanish championship, winning the Open Division title and becoming the nation’s youngest shooter to ever claim this title. Although the results of the training and labor were rewarding, this was only the beginning.

His shooting trajectory has risen over the past several years, and he has proven his exceptional talent and technique in both domestic and international events. Jorge is very valuable to the community of practical shooters because of his training methods and consistency.

Jorge Ballesteros confirmed his significant improvement and commitment to the sport by winning the bronze medal overall in the Open Division at the 2005 World Championship held in Guayaquil, Ecuador.

He was able to improve and win the silver medal in the Open Division in the European Championships held in France in 2007 and Serbia in 2010, finishing just behind multiple-time world champion Eric Grauffel.

He was crowned European Champion for the first time in his career in 2013 in Barcelos, Portugal, and reaffirmed this title in 2016 in Felsotarkany (Hungary).

Jorge’s shooting career reached its pinnacle in 2017 when he has officially crowned the Open Division IPSC World Champion, fulfilling a lifelong dream.

Jorge Ballesteros cause of death

Jorge Ballesteros is a highly successful and well-known sports shooter who has competed in a world championship and won a gold medal there as well. On January 10, 2023, the well-known shooter undoubtedly passed away. He passed away at the age of 39 despite having a very successful shooting career throughout the course of his entire life.

Jorge Ballesteros, a Basque sports shooter, was shot before he passed away and was taken to the hospital. More information about the incident and Ballesteros’ condition is unknown at that time. A tweet posted today confirmed that IPSC world champion Jorge Ballesteros has been taken to the UCI in serious condition after a firearm accident. He looks to have passed rather suddenly. He continued by saying that another colleague had left us with a global standard for DEP sports shooting.

RIP Jorge Ballesteros. World legend of sports shooting. A hug to his family, relatives, and colleagues. Sad day for Spanish sports and the IPSC on a global scale.

I’m shocked and extremely sad about the passing of world champion Jorge Ballesteros. A remarkable example of a top sportsman and a perfect gentleman. A true friend of many among us.   My deepest condolences to his loving family and friends. May he Rest In Peace. legends never die!

We are hearing news and hope it’s not true Jorge Ballesteros has passed away. Not sure of the cause but he’ll surely be missed. I spent a lot of time competing with him over the years. What a true Champion he has been to the international community. Wish his family all the best. Rest in Peace, my friend.

Shocking news. Our friend Jorge Ballesteros is no longer with us. Rest in peace in shooting heaven. The Extreme team extends its deepest sincere condolences to his family. We will never forget it.

We are hearing news and hope it’s not true Jorge Ballesteros has passed away. Not sure of the cause but he’ll surely be missed. I spent a lot of time competing with him over the years. What a true Champion he has been to the international community. With his family all the best. Rest in Peace, my friend. Todd Jarrett

It’s just been confirmed from his sponsor Bul Armory and it’s with great sadness to hear that Jorge Ballesteros has passed away, a great shooter and a good friend, my Condolences to Jorges Family and friends. May he R.I.P See u in heavens Range my friend.