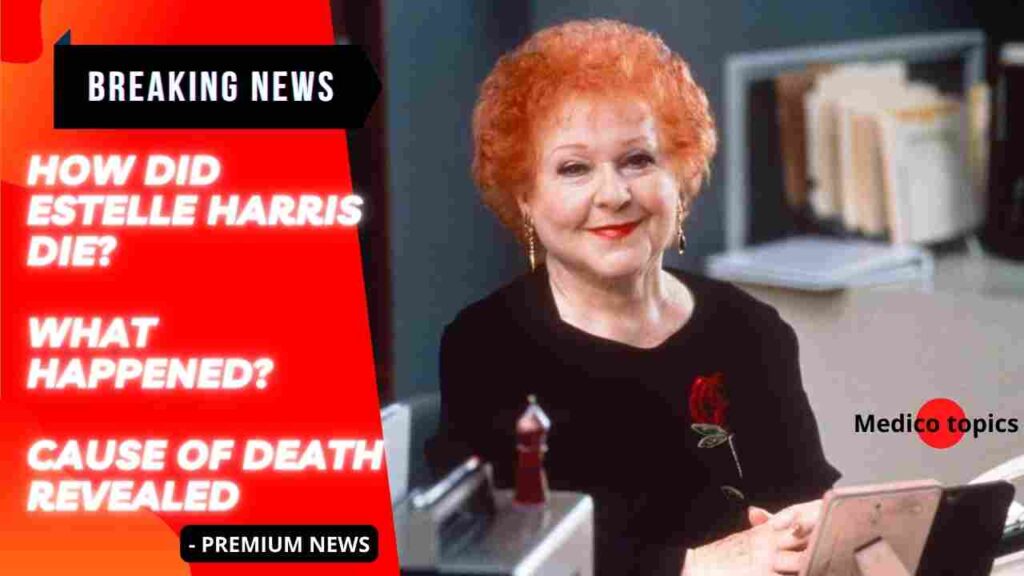 How did Estelle Harris die: Estelle Harris, best known as George Costanza’s mother on “Seinfeld” and as the voice of Mrs. Potato Head in the “Toy Story” franchise, has died at the age of 93. Harris died Saturday at home in Palm Desert, California, of natural causes.

Who was Estelle Harris?

Harris was best known for her roles on Seinfeld as Jason Alexander’s character’s mother, Estelle Costanza, and as Mrs. Potato Head in the last three Toy Story films. She was also well-known for her roles in The Suite Life of Zack and Cody, Tarzan II, The Pinocchio Shop, and numerous other iconic voice roles and commercials.

She was born Estelle Nussbaum in Manhattan on April 4, 1928, and began her career in Looking Up and then Once Upon a Time in America before landing a three-episode role on Night Court. From 1953 until his death in January 2021, she was married to her late husband Sy Harris.

How did Estelle Harris die: Harris died of natural causes at her home in Palm Desert, California, on Saturday, according to her son Glen Harris.

“It is with great regret and sadness that I announce that Estelle Harris passed away this evening at 6:25 pm,” Glen Harris said in a statement obtained by Forbes, noting that her death occurred two days before her 94th birthday.

“Her kindness, passion, sensitivity, humor, empathy, and love were practically unrivaled,” he added, “and she will be terribly missed by all who knew her.”

Harris began her career in amateur productions and dinner theatre before making her film debut in 1977′s “Looking Up,”.

Harris also played Aunt Harriet in Nora Ephron’s 1992 directorial debut “This Is My Life” and appeared in two films with Jack Lemmon and Walter Matthau: 1977’s “Out to Sea” and 1988’s “The Odd Couple II.”

Harris’ recurring role as Muriel, the lazy maid at The Tipton Hotel, on the Disney Channel series “The Suite Life of Zack and Cody” from 2005 to 2008 introduced her talents to an entirely new generation.

“Promoted,” “CBGB,” “Playing Mona Lisa,” “Dancing in September,” “What’s Cooking?,” “Lost & Found,” “My Giant,” “Chairman of the Board,” “Downhill Willie,” “Perfect Alibi,” “This Is My Life,” “Stand and Deliver,” “Once Upon a Time in America,” and “Summerdog” were among Harris’ other film credits.

Estelle Harris gave us so many laughs over the years, playing an overbearing mother on SEINFELD and as the voice of Mrs. Potato Head in the TOY STORY movies. She was a one of a kind funny lady. #RIPEstelleHarris

Estelle Harris was funny, beautiful, kind & incredibly talented! We made a commercial together once and she told the director “I’m not doing another take until you promise to give Giselle this dress to keep!” They gave me the dress. I will cherish knowing Estelle forever.

“I go out for a quart of milk, I come home, and find my son treating his body like it was an amusement park!” RIP, Estelle Costanza.

Actress Estelle Harris of “Seinfeld” fame has died at the age of 93. Also voiced “Mrs. Potato Head” in the “Toy Story” franchise. May she R.I.P.

1 thought on “How did Estelle Harris die? What happened? Cause of death revealed”