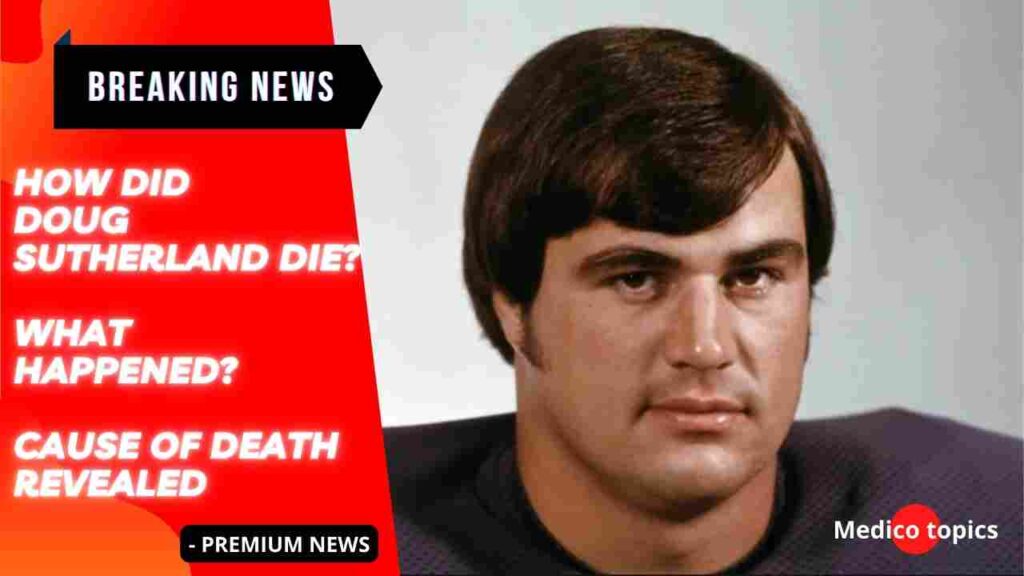 How did Doug Sutherland die: Doug Sutherland, a member of the Minnesota Vikings’ Purple People Eaters in the 1970s, died Tuesday at the age of 73, according to team officials.

Who was Doug Sutherland?

Sutherland played in the NFL for 12 years, from 1970 to 1981, with New Orleans, Minnesota, and Seattle.
He was drafted in the 14th round by the Saints and traded to the Vikings the following season, where he spent ten years. Sutherland had 29 sacks in 164 games during his career.

Sutherland, a Superior, Wisconsin native, joined the Vikings in 1971. He appeared in the fourth-most games of any defensive lineman in Vikings history, including eight starts as a fill-in for Gary Larsen in 1974. After Larsen retired at the end of the 1974 season, Sutherland took over full-time, playing alongside Hall of Famers Alan Page and Carl Eller, as well as Vikings Ring of Honor inductee Jim Marshall.

How did Doug Sutherland die: Doug Sutherland, a member of the Purple People Eaters and a former Minnesota Vikings defensive lineman, has died. He was 73 years old.
Sutherland died on Tuesday, according to the team, but no cause of death was given.

“Doug Sutherland was one of our proudest legends,” “His humble nature did not allow him to speak much about his own playing career, but Doug was a key member of three Super Bowl teams and some of the best defenses in NFL history.” After football, Doug was the consummate teammate. He was one of the most active members of Vikings Legends events, and he never passed up an opportunity to help out at a community event or lend a helping hand where it was needed. “Our hearts go out to Doug’s friends and family.”

Sad @Vikings news: Fifth Purple People Eater Doug Sutherland dies at 73. He didn’t know it then but he changed my life when he kindly sat w/ me & 2 Burnsville High pals Nov 20 1976 for a sophomore journalism assignment, a story that helped me think I could do this for a living

Sorry to hear about the passing of Doug Sutherland, a member of the Purple People Eaters & a @Vikings
legend. I interviewed Doug in my college reporting days at KUWS/WPR. He was kind and generous with his time. He even let me try on his championship ring. Prayers to his family

Doug Sutherland was drafted by the #Saints in 1970