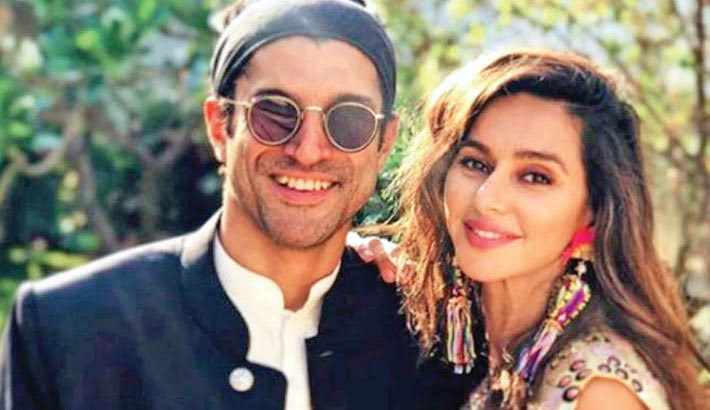 The source further added- Farhan akhtar and shibani dandekar have been living with each other for a long time and they do not want to further delay their marriage between Corona. That’s why they have now decided to have an intimate wedding. Shibani and Farhan will also wear Sabyachaasi’s designer outfits at the wedding like other celebrity couples.

Farhan Akhtar and Shibani Dandekar are the most adorable couple of Bollywood. Both are dating each other for a long time, but now the couple has decided to tie the knot. According to the latest reports, Farhan and Shibani are going to hold each other’s hands forever by doing a grand wedding in the month of March this year.

Fahan and Shibani will do an intimate marriage!

The couple’s wedding will beheld in a 5 star hotel, the source further said – Shibani and Farhan have also booked a 5 star hotel for the wedding venue and both have finalized most of the wedding related things.

Farhan-Shibani will wear Sabyasachi’s Outfit Thereport states that Shibani and Farhan will also wear Sabyasachi’s designer outfits like the rest of the celebrity couple. She has chosen outfits of pastel colors for the wedding.

Let us tell you that Shibani and Farhan are in relationship with each other for 3 years. Shibani has also got Farhan’s name tattooed. Both are often seen sharing romantic moments with each other. Vacation pictures of the couple with each other also dominate the internet.

[…] Previous post – Farhan Akhtar and Shibani Dandekar will do a grand marriage this march, booked a 5 star hotel, […]

[…] Previous post – Omicron Night curfew imposed in Punjab too, everything closed from 10 pm to 5 am […]

[…] You might like his one – Farhan Akhtar and Shibani Dandekar will do a grand marriage this march, booked a 5 star hotel […]