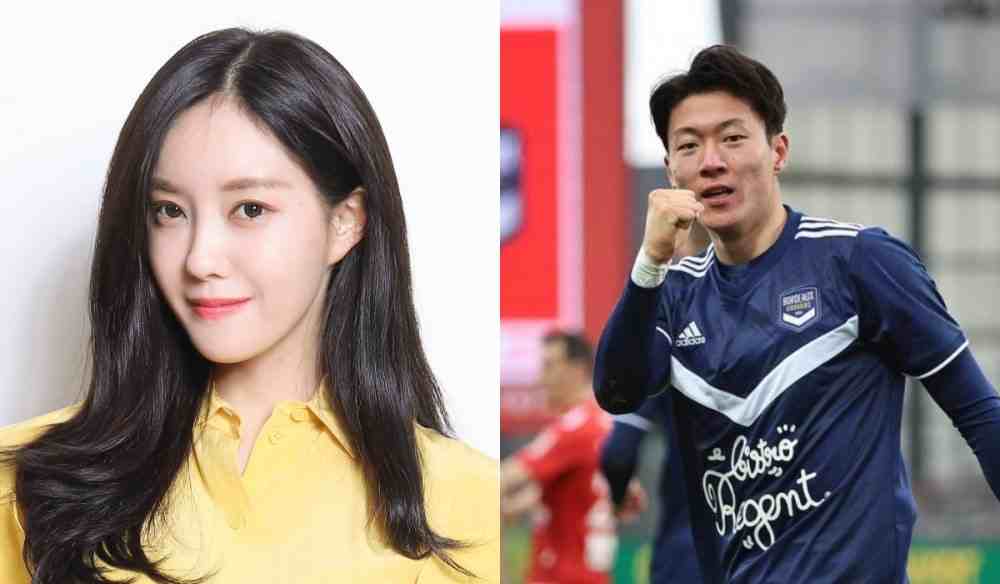 The T-ara member Hyomin and Hwang Ui Jo are presently dating, according to Sports Chosun’s exclusive report. According to sources, the two began dating in November after previously being friends.

The pair is in a long-distance relationship since Hwang Ui Jo is in France. Last month, they were able to spend some quality time together by flying to Switzerland.

Hyomin, the band 2nd-generation ara’s Kpop idol, has acknowledged her relationship with ace footballer Hwang Ui-jo. Over the New Year’s break, news of their relationship was verified when the two were pictured strolling around the streets of Switzerland, having some alone time.

Hwang Ui-jo is thrilled with his girlfriend, according to Dispatch, who broke the news of their secret affair. The lovebirds took a trip to the Swiss alps and visited notable landmarks while the player was free from practise. Fans were also given a sneak peek by Hwang Ui-jo with his date Hyomin.

The two are seen lugging their baggage as they arrive at a prominent Basel hotel in photos that have since gone viral.

According to a source close to the pair, “Hyomin is two years older than Hwang. Their friendship, on the other hand, is the foundation of their relationship. They’re both grown adults, thus their relationship’s dynamic is to support and assist one other whenever possible.”

Their labels have also verified their partnership. The couple is still in the early phases of their courtship, according to sources, and are still getting to know each other.

Hyomin and Hwang allegedly bonded during the “difficult” months that the footballer had after suffering an ankle and hamstring injury that forced him to miss two months of action. During the difficult time, the two apparently connected and became one other’s support system.

Both sides confirmed their relationship. “We’re getting to know each other right now. We have good feelings. We hope you quietly watch over us.” pic.twitter.com/Z9Kg4COyNW