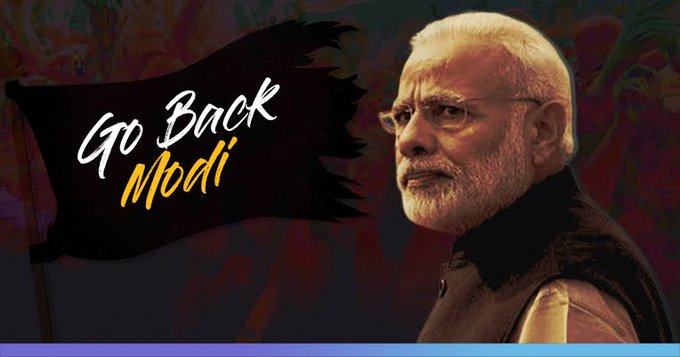 Farmers protest against Prime Minister Narendra Modi’s visit to Punjab today to campaign for the Assembly elections. The Prime Minister will attend a campaign rally in Ferozepur. A section of farmers has decided to protest against Modi. The ‘Go Back Modi’ campaign was launched by a group called Tractor on social media calling for Modi’s return from Punjab. This is a cyber group that supported the peasant struggle. Ajay Mishra’s father had initially denied any involvement in the massacre of farmers in Lakhimpur Kheri.

They also allege that Modi is protecting Ajay Mishra. The organizations are also angry that the 700 martyrs of the farmers’ agitation have not been honored in parliament. Unnecessary persistence prolonged the struggle and caused so many deaths. The organizations said they would block rallies in Punjab to welcome Modi. This is Modi’s first visit to Punjab to attend a public meeting after the repeal of agrarian laws. According to the intelligence report, despite strong security measures, farmers are likely to face protests.

According to the chargesheet, Ashish Mishra, who was present at the scene, led the attack. In this situation, various farmers’ organizations are asking Modi not to come to Punjab without expelling Ajay Mishra.

Previous post – Omicron Night curfew imposed in Punjab too, everything closed from 10 pm to 5 am