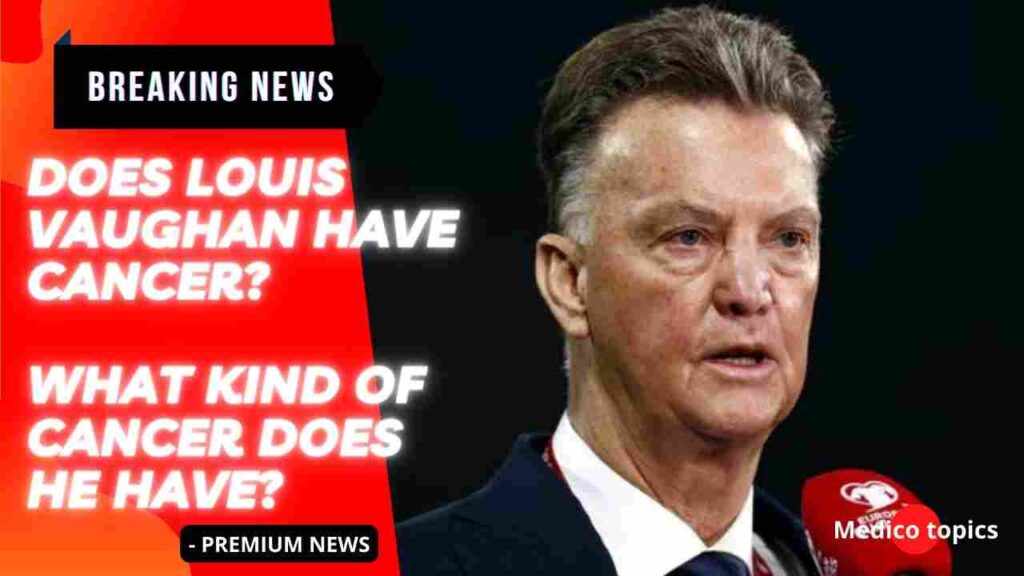 Does Louis van Gaal have cancer: Louis van Gaal, The Netherlands coach and former Manchester United, Bayern Munich, and Ajax manager has confirmed that he is undergoing treatment for an “aggressive” form of prostate cancer.

Van Gaal, 70, revealed on Sunday’s RTL TV show Humberto that he has been undergoing treatment while continuing to train the Dutch team, but that he has not informed his players of his condition. He stated that he intends to continue leading the Dutch team in this year’s World Cup.

“I think you don’t tell people you work with things like that because it might influence their decisions, their decisiveness, so I thought they shouldn’t know,” he explained. “You do not die from prostate cancer, at least not in 90% of cases.”

“Most of the time, it is other underlying diseases that kill you.” But I had a fairly aggressive form and had been irradiated 25 times. Then you’ll have to do a lot of management to get through life.”

“I did get special treatment in the hospital,” Van Gaal admitted. “When I went to an appointment, I was allowed in through the back door and was quickly pushed into another room.” I’ve been treated extremely well.

When asked if he would keep his illness a secret, he replied, “Of course, you will tell your friends and family about it.” “The fact that nothing has come out yet speaks volumes about my surroundings.” That’s fantastic.”

Who is Louis van Gaal?

Van Gaal is in his third stint as national team manager, having previously led the team to a third-place finish at the 2014 World Cup before joining Manchester United. The Netherlands was drawn in Group A for this year’s World Cup, alongside tournament hosts Qatar, Ecuador, and Senegal, with whom they will play in the tournament’s opening match on November 21 in Doha.

During his nearly four-decade coaching career, Van Gaal has won league titles with Barcelona, Ajax, Bayern Munich, and AZ Alkmaar, as well as the Champions League with Ajax in 1995. He spent two seasons at United, winning the FA Cup in 2016 before being fired a few days later.

What is Prostate cancer?

Prostate cancer is characterized by uncontrolled (malignant) cell growth in the prostate gland. In men, the prostate is a walnut-sized gland located just below the bladder and in front of the rectum, surrounding the urethra – the tube that drains urine from the bladder. The prostate gland generates and stores fluid that aids in the production of sperm.

[…] Does Louis van Gaal have cancer? What kind of cancer does he have? […]