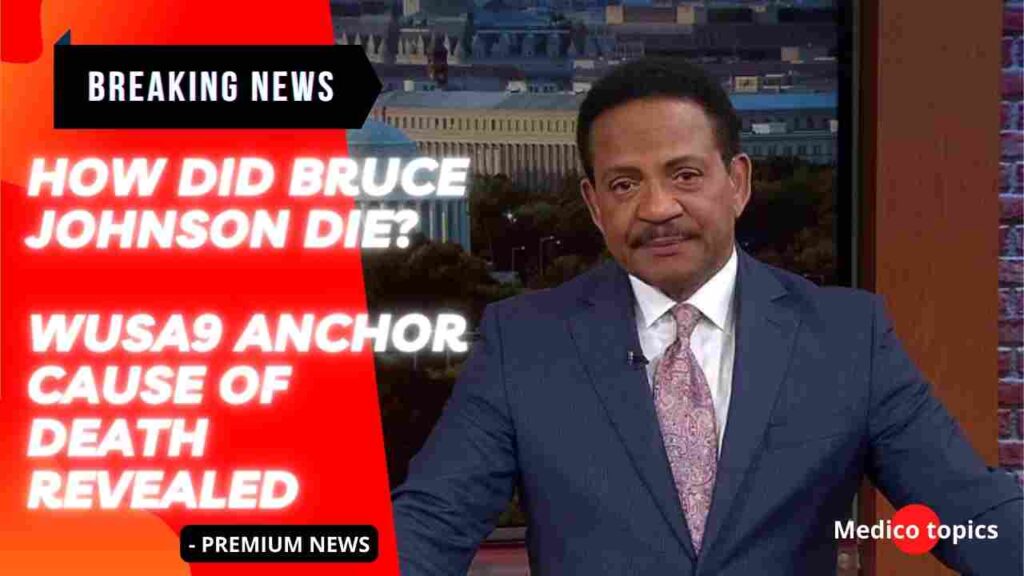 How did Bruce Johnson die: Bruce Johnson, the 44-year television anchor at WTOP’s former sister station, CBS affiliate WUSA9, died on Sunday according to his wife. He was 71 years old.

Who was Bruce Johnson?

Johnson was inducted into the Society of Professional Journalists Hall of Fame, the Washington, DC Hall of Fame, and the University of Kentucky’s Kentucky Journalism Hall of Fame. He has received nearly every prestigious journalism award, including the Ted Yates Award and the NATAS Board of Governors Award, and he is a member of the National Association of Black Journalists and the National Press Club.

He reported from Rome, Bangkok, Moscow, Budapest, and Cuba. He has received hundreds of civic awards from DC organizations, mayors, and a resolution from the DC City Council in his honor.

But what distinguished Johnson from the legions of television reporters and anchors, and what defined his time at WUSA9, was his commitment to the people he covered and the humanity with which he told their stories. Johnson put his heart and soul into every assignment, from Freddie Gray to the Flower family, Rashema Melson, Marion Barry, and even a youth football team vying for the championship in Orlando.

According to WTOP, Bruce Johnson was diagnosed with cancer two years before his retirement. Following his diagnosis, he left the show ‘Off Script with Bruce Johnson.’

How did Bruce Johnson die: Bruce, on the other hand, died of heart failure on March 3, 2022. His death was caused by natural causes. He was living in Delaware with his family.

Among the many tributes pouring in since Sunday night was Mayor Muriel Bowser’s heartfelt condolences.

So devastated to hear of the passing of Bruce Johnson​​, a true tv legend in D.C. Blessed to call him a fellow journalist and someone I truly looked up to. Rest In Peace and God bless you, my friend. My heart breaks for his wife Lori and his family

Bruce Johnson was a giant of DC journalism, a father, grandfather, husband, & proud author. Like many Washingtonians, he’s been a part of my life since I was a little girl, delivering the news and giving voice to DC residents. I’m heartbroken. Rest In Heaven.

This. So heartbreaking!
Bruce Johnson was a wonderful human. THE man! He was DC! Just weeks ago, we laughed endlessly and chatted for hours about his legendary
@WUSA9

career and future plans. Bruce loved his family, journalism, us, this city!

Seems like it was just yesterday that we were celebrating Bruce Johnson’s retirement. Can’t believe he’s gone so soon. He was a guy who was never intimidated by anyone. Mentor, reporter, colleague. Rest in love Bruce.

Tonight we are mourning the loss of Bruce Johnson, legendary reporter, anchor, storyteller, humanitarian, colleague, mentor and friend. Our hearts are with his family, and we ask that their privacy be respected in this difficult time.