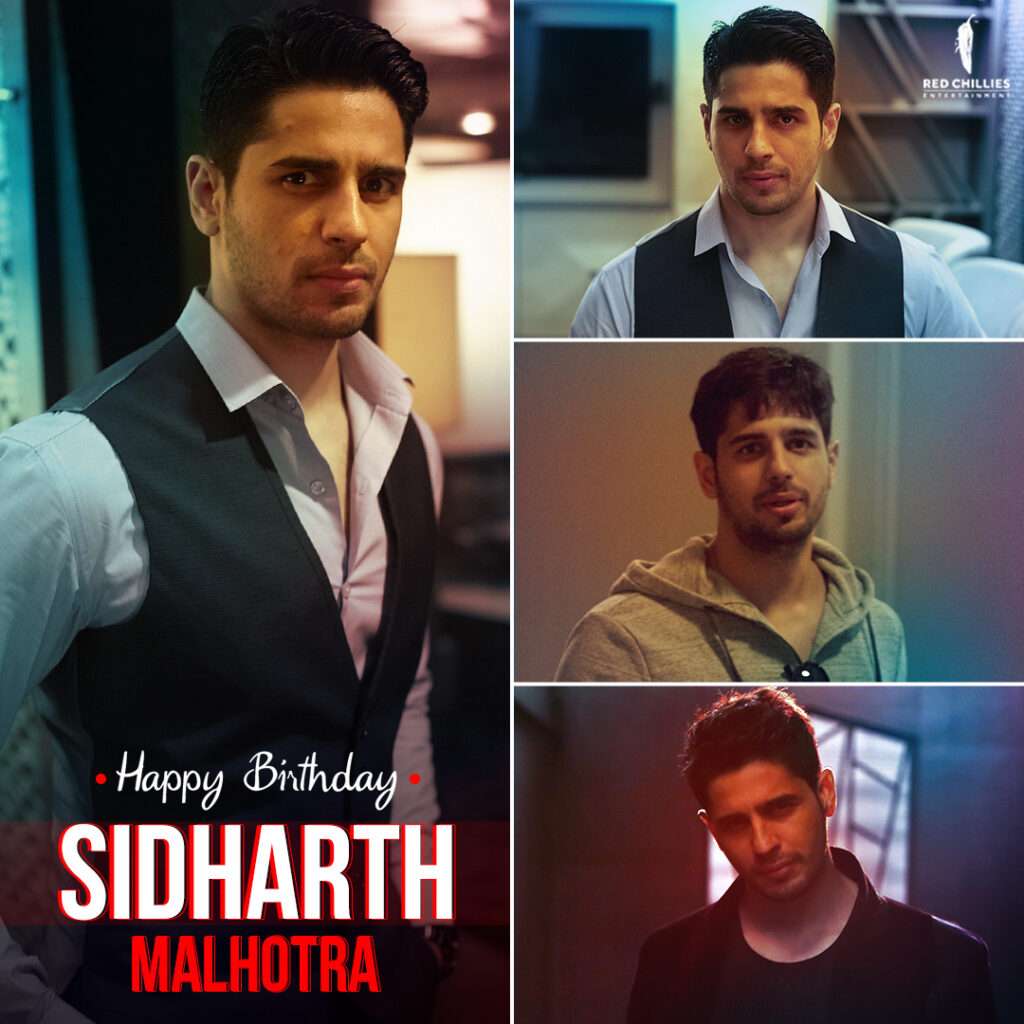 Sidharth Malhotra facts: Sidharth Malhotra is a well-known actor who needs no introduction. The actor, who made his acting debut in 2012 with the film Student of the Year, has managed to carve out a place for himself at his own speed. Sidharth’s journey hasn’t been easy. While he began modeling at an early age, his path was not without its ups and downs. Sidharth’s alluring appearance, swag, deep voice, and immaculate talents helped him win millions of hearts, and he was unstoppable.

Sidharth has proven his mettle on the big screen time and time again, establishing himself as a talented performer. In fact, he has put on a number of amazing performances that have left the audience speechless. Lets see some of the Sidharth Malhotra facts today. 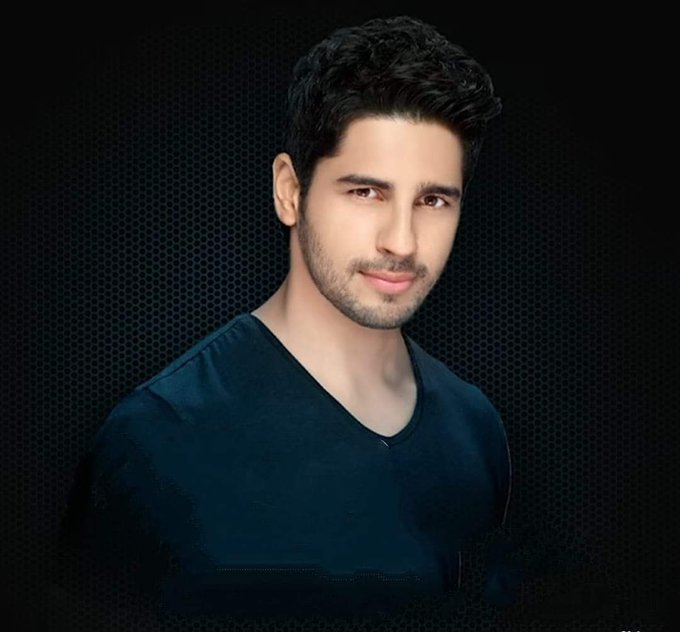 On the occasion of his birthday, we’ve compiled a list of some lesser-known facts about the flamboyant actor Sidharth Malhotra.

1. Sidharth Malhotra began his career as a director’s assistant

All we know about this guy is that he made his acting debut in the popular hit Student of the Year in 2012. However, he began his career as a model before finally joining the company as an assistant director. Before My Name Is Khan, Karan Johar worked as an associate director on Dostana, another Dharma Production. After trying out for a few commercials, he moved on to work as an associate director on My Name is Khan with his mentor Karan Johar. It was here that he received his big break and began his career as an actor.

2. Rugby is a sport that Sidharth Malhotra enjoys

Another celebrity who enjoys sports. One of his favorite sports appears to be rugby. He is connected with sports and fitness. His incredible body demonstrates how passionate he is about fitness. Despite being a foodie who enjoys lip-smacking meals like Jalebi, gajar ka halwa, and biriyani, he is one of Bollywood’s fittest performers, always maintaining his fantastic figure.

3. Sidharth Malhotra grew up in several cities during his youth

Sunil Malhotra, Sidharth Malhotra’s father, served as the merchant marine. It was most likely because of this that the actor had to travel a lot as a youngster. As a result, he had a strong desire to travel. For him, the transition from Delhi to Mumbai was first difficult. It wasn’t easy being an outsider in the profession and battling with auditions. But it soon had positive consequences, and he is now a well-known celebrity.

If you didn’t know, he has a dog named Oscar that tags along with him on his lengthy runs. With his pet dog, he is really satisfied and cheerful. He misses going for runs with his dog because of his tight shoot schedule. He’s also worked with a non-profit organization to improve dog awareness. After a long day at work, he retreats to his opulent bachelor apartment in Mumbai, where his dog Oscar keeps him company.

5. His first film, Student of the Year, was never planned to be his debut

Student of the Year was never supposed to be his directorial debut, which may come as a surprise. He was said to be making his acting debut in Priyanka Chopra’s Fashion. However, due to specific contractual responsibilities, he was unable to proceed. He placed second in two modeling competitions in the same year: the Manhunt pageant and the Gladrags Mega Model. He was discovered by a casting agency by pure chance when he was 16 years old, and there has been no looking back since.

6. Sidharth Malhotra is obsessed with technology

Sidharth is also a borderline gadget fanatic, which is a little-known detail about him. He is a gadget freak. He enjoys everything from mobile phones to computers, iPods, PCs, and music players, and is captivated by their potential. He possesses a lot of gadgets as a result of his obsession.

Yes, this is as accurate as it gets, and it comes directly from the horse’s mouth! When asked how he feels about being referred to as filmmaker Karan Johar’s blue-eyed son in an interview, Sidharth responded that he doesn’t mind at all. For those who are unaware, there have been rumors and allegations regarding Karan and Sidharth’s supposed too-close-for-comfort relationship and bromance ever since Sidharth made his Bollywood debut in Karan’s directorial endeavor, but Sid has never been comfortable answering questions on the subject.

Sid’s calm reaction to being referred to as KJo’s blue-eyed child, on the other hand, was a welcome contrast. Isn’t it true that being a filmmaker’s favorite actor and close buddy isn’t a bad thing? To learn more fascinating facts about Sidharth, move on to the next slide…

8. Sidharth Malhotra would be thrilled to star alongside Deepika Padukone in a film

Sidharth’s filmography demonstrates how he has collaborated with all of today’s leading ladies, including Parineeti Chopra, Shraddha Kapoor, Katrina Kaif, and Alia Bhatt. With each of them, he’s had a hit. He would, however, want to star with Deepika Padukone. They’d make a great couple because their heights are nearly identical. Sidharth has known Deepika since they were both models and used to conduct shows together. He’d want to collaborate on a film with the superstar.

Aside from his amazing body, incredible dancing abilities, and acting talents, this handsome actor is also an artist. When he needs to relax, doodling and drawing appear to be two of his favorite pastimes. If you give him the correct stationery, you’ll see him drawing like a pro. He is said to be able to draw cartoons with ease, which is extremely amazing. He is a multi-talented actor that Bollywood is fortunate to have on board. 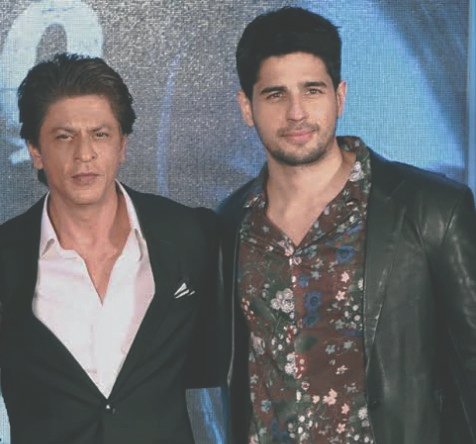 10. Sidharth Malhotra was bowled over by a fan

He uploaded a photo on Instagram with a fan, not a celebrity, while promoting his film ‘Baar Baar Dekho’ in Ahmedabad. According to the post, Sidharth is completely enamored by his fan’s kind gesture of getting his name tattooed on his wrist. Don’t you believe Sid’s time as a celebrity is worth sharing?

Sidharth Malhotra was a popular model before making his Bollywood debut, as previously stated. He’s worked in the fashion capitals of the world, including Paris, Milan, and New York. He was well-known outside the country’s boundaries, and he even worked as a model for renowned fashion designer Robert Cavalli.

12. Sidharth Malhotra has expressed interest in playing a villain

He is Bollywood’s heartthrob, yet the actor wants to play a villain in the ‘Batman’ series and would want to perform Mogambo or Shakaal in Bollywood. The actor has been in several films and played a variety of roles, but playing a villain, or in general, a negative character, will be a completely new experience for him. These are parts I’d love to play,” he previously declared. Bane has something covering his lips, but I like how unusual his voice sounds. I admired Mogambo’s fantastic cave, which included props for killing people and getting rid of them “he stated.

There are a few obligations that come with being a Punjabi. It’s difficult to find a Punjabi who isn’t a gourmet. Sidharth, too, is a self-proclaimed foodie who enjoys Jalebi, Biryani, Italian cuisine, Sushi, and home-cooked meals. Despite all, the actor maintains his muscles and rock-tight abs by working hard at the gym.

With Karan Johar’s ‘Student of the Year,’ Sidharth had nothing short of a dream start in Bollywood. However, the heartthrob, who recently spoke out about his personal struggles, has not always had it easy.

Sidharth claimed that he began his career in Bollywood as an assistant director for the film “Dostana” when asked about his early days as a young actor. He had previously tried his luck with ads but had received several rejections along the road. According to internet rumors, the actor failed his initial audition but landed a large commercial job shortly after. However, a string of rejections put him back in the rut, which he found incredibly upsetting.

The worst part, according to Sid, was that they constantly made him feel “insignificant and little.” Finally, he appeared to be unable to cope with the hostility and was promoted to assistant director before Karan Johar offered him his big break.

It’s no surprise that Sidharth Malhotra, like most outsiders in the profession, sees Shah Rukh Khan as a role model. Sidharth is completely enamored with Shah Rukh Khan’s down-to-earth demeanor. Sidharth fondly remembers his days as an AD on the set of My Name Is Khan, and how cordially Shah Rukh engaged with him and provided him with helpful advice. He genuinely is a one-of-a-kind individual.

These are the 15 lesser-known facts about Sidharth Malhotra. Let me know which surprises you as a fan.