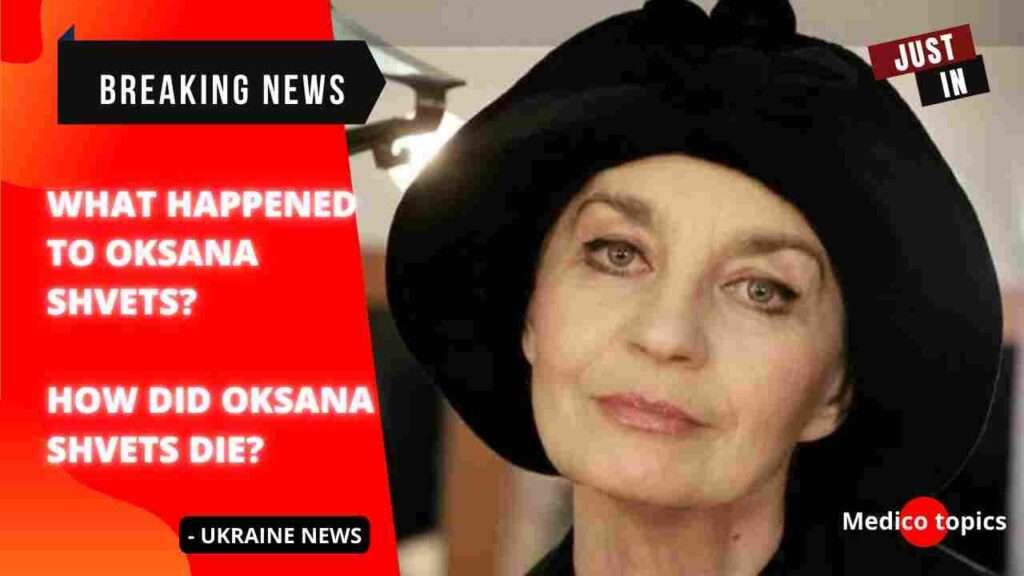 Enemy troops fired on the actress’s residential building in the Darnytsia region. Her son Alexander is alive, he escaped with injuries. Let’s see What happened to Oksana Shvets and how did she die.

What happened to Oksana Shvets?

Actress of the Kyiv National Academic Young Theatre, Honored Artist of Ukraine Oksana Shvets died after rocket attacks on Kyiv by the troops of an enemy state. This was announced by the staff of the Young Theater on Facebook.

“Irreparable grief in the family of the Young Theatre. Honored Artist of Ukraine Oksana Shvets died during rocket attacks on a residential building in Kyiv. Blessed memory to a talented actress! There is no forgiveness for the enemy who came to our land,” the theater noted.

Shvets died during shelling by Russian invaders of the Darnitsa district of the capital, theater critic Oleg Vergelis said.

The son of the actress Alexander is alive but was injured.

Why is Actress Oksana Shvets famous?

After studying, she worked at the Ternopil Music and Drama Theater and at the Kyiv Theater of Satire.

Shvets worked in the early years of the formation of the Young Theatre. Her first performance was “In the spring I will return to you” directed by Alexander Zabolotny. It was the first performance at the Kyiv Youth Theatre.

The last notable work of Shvets was in the play directed by Andrey Belous “Charmed”. The actress played in the films “Tomorrow Will Be Tomorrow”, “The Secret of St. Patrick”, “House with Lilies” and “The Return of Mukhtar”.

Recall that on March 17, 60-year-old Ukrainian producer Yuri Thalesa announced the destruction of his house as a result of shelling.

Rescuers reported that on the morning of March 17, fragments of an enemy rocket hit a multi-story building in the Darnitsky district of Kyiv. The house caught fire, 30 people were evacuated from it, three of whom were injured.

American Journalist Brent Renaud killed in Ukraine: What happened? How did he die?

How did Ukraine hero die on his 34th birthday? Cause of death

Get the latest News on Medico topics.

0 0 votes
Article Rating
Subscribe
1 Comment
Oldest
Newest Most Voted
Inline Feedbacks
View all comments
Who was Actress Oksana Shvets? What was her cause of death?