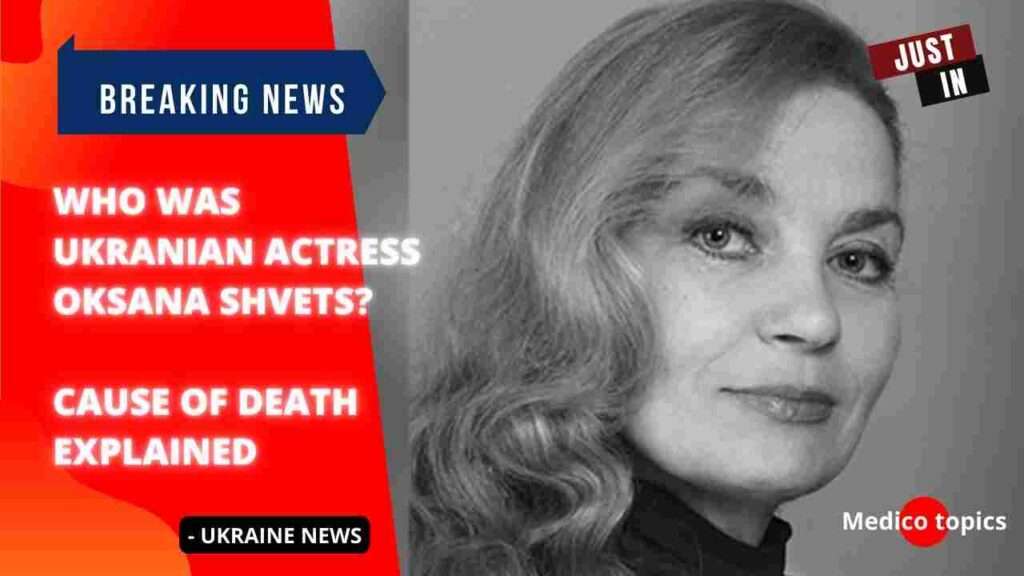 Her death was reported on the official Facebook page of the Young Theater, where Shvets worked.

“Irreparable grief in the family of the Young Theatre. Honored Artist of Ukraine Oksana Shvets died during rocket attacks on a residential building in Kyiv. Blessed memory of a talented actress! There is no forgiveness for the enemy who came to our land!” – the message says.

Oksana Shvets cause of death

It is known that Shvets died that night during the shelling of the Darnitsa district of the capital by Russian invaders.

Who was Actress Oksana Shvets?

Oksana Shvets was born on February 10, 1955. She was a graduate of the theater studio at the Ivan Franko Theater, as well as the theater department of the Kyiv State Institute of Theater Arts. I. K. Karpenko-Kary. She worked at the Young Theater from the first years of its formation ( at that time the Youth Theater).

Oksana Shvets worked at the Ternopil Music and Drama Theater, and then at the Kyiv Theater of Satire.

Since 1980, the actress has acted as part of the actors of the Young Theater, and also starred in feature films: “Tomorrow Will Be Tomorrow”, “The Secret of St. Patrick”, the series “House with Lilies”, “The Return of Mukhtar”, etc.

She played in the performances of Cyrano de Bergerac, The Tale of Igor’s Campaign, Reportage, Chasing Two Hares, Dictatorship of Conscience. One of the latest works is in the play directed by Andrey Bilous Enchanted.

How did Bobby Nalzaro Die? Cause of Death Revealed

Get the latest news on Medico topics.

2 thoughts on “Who was Actress Oksana Shvets? What was her cause of death?”