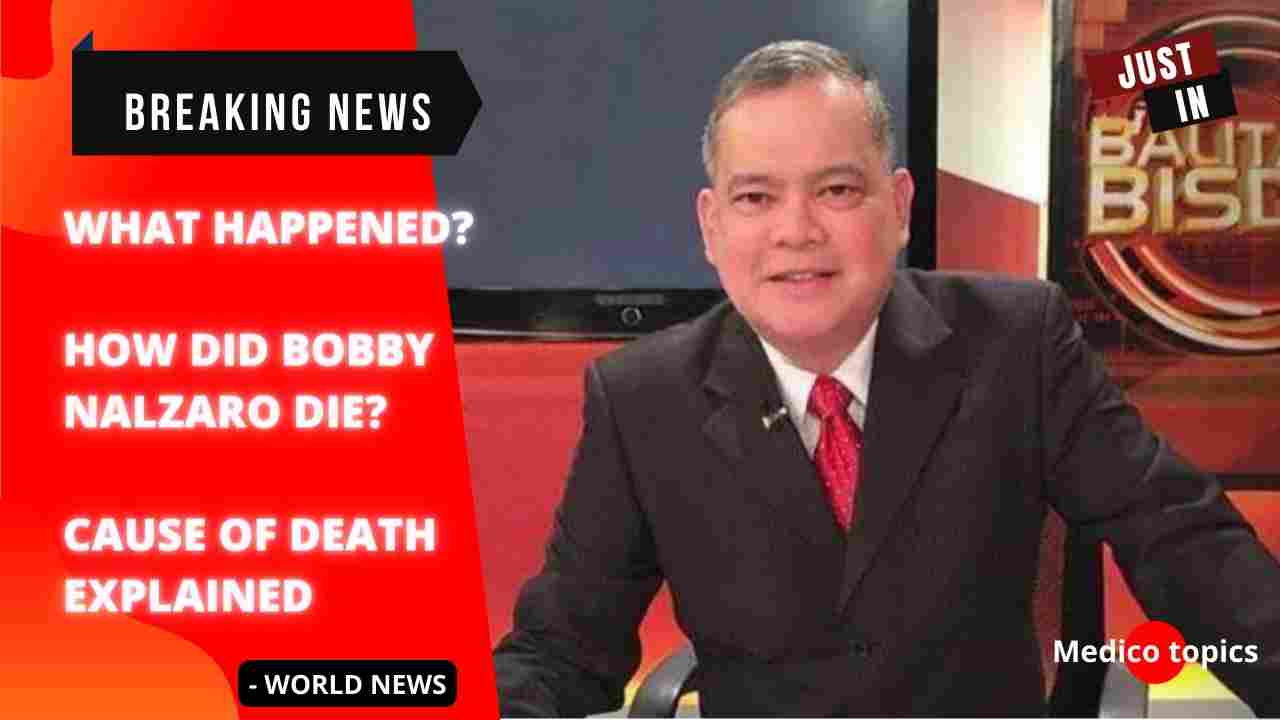 How did Bobby Nalzaro Die: Pablito Galeza Nalzaro, better known as Bobby Nalzaro, a CEBU tri-media personality, died on Thursday afternoon, March 17, 2022, at the age of 58.

According to Nalzaro’s long-time friend and colleague Superbalita Cebu columnist Eddie Barrita, his cause of death was multiple organ failure.

Bobby Nalzaro Cause of Death

“Nalzaro, 58, was a regular on GMA Regional TV’s Balitang Bisdak. He also worked as the station manager for Radio GMA Cebu and hosted a daily commentary program on Super Radyo dySS-AM. His dedication to the industry as a devoted Kapuso will serve as a motivation to all. “We pray for his eternal rest,” said the network.

Nalzaro was admitted to the hospital for the first time on December 24, 2021, after suffering a mild stroke, according to a radio dySS journalist who requested anonymity.

He was discharged in January but was readmitted in February due to hypertension and kidney complications. The hard-hitting broadcaster had been hospitalized since then. During his stay, he became ill with Covid-19, but he recovered.

Nalzaro was rushed to the ICU on Monday, March 14, after contracting pneumonia.

Nalzaro also worked as a columnist for SunStar Cebu and Superbalita Cebu during his four-decade media career. He was the local chapter chairman and regional chairman of the Kapisanan ng mga Brodkaster ng Pilipinas (KBP).

According to Roger Vallena, editor-in-chief of Superbalita Cebu, Nalzaro texted him on Feb. 1 informing him that he could not yet restart writing his column for the paper.

Nalzaro was born in Dipolog City and graduated from the Ateneo de Zamboanga with a degree in mass communications.

Among his numerous honors was the KBP national award for Best Public Affairs Program Host for Radio, which he won in 2004 over Manila-based radio-TV personality Korina Sanchez.

Sunstar Cebu named him one of “23 of Cebu’s Most Influential People” in 2005.

How did Bobby Nalzaro Die: According to Nalzaro’s long-time friend and colleague Superbalita Cebu columnist Eddie Barrita, his cause of death was multiple organ failure.