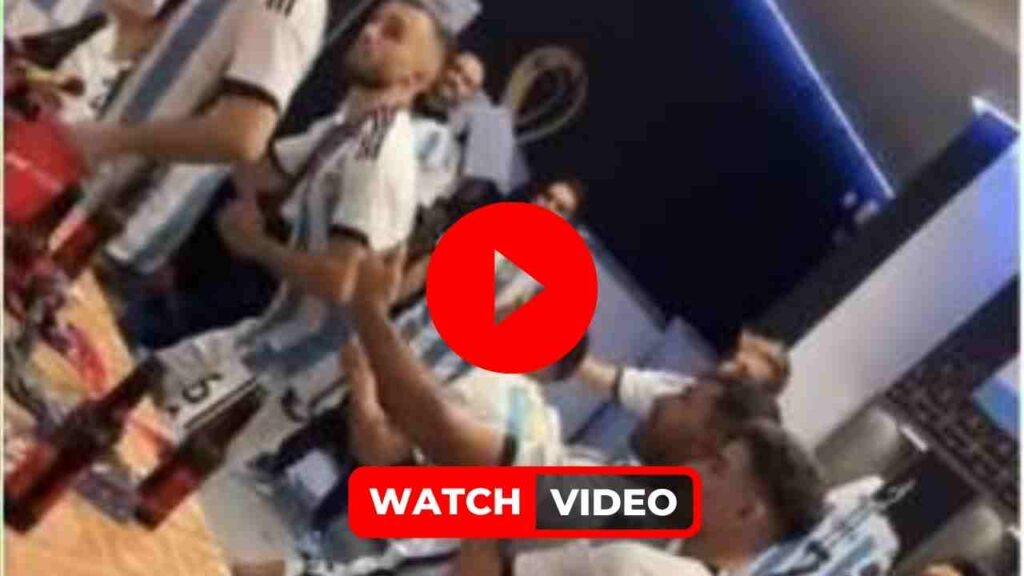 Argentina goalkeeper Emi Martinez made fun of Mbappe for his heroics at their celebration, saying, “A minute of silence for Mbappe”. Let’s see more about the incident in detail.

Kylian Mbappe of France scored a hat-trick in the championship game, but his heroics were in vain. Video shows Argentina goalkeeper Emi Martinez mocking him for his heroics was going viral. A Lionel Messi-led Argentina won the World Cup for the third time after the successful penalty shootout 4-2.

Argentina had a commanding 2-0 lead against powerful France by the conclusion of the first half, but Mbappe’s stunning brace pulled France back to even and sent the summit match into extra time.

Messi and Mbappe both scored once in extra time to preserve the score at 3-3, allowing the game to be decided in the penalty shootout. During the celebration, Argentina’s goalkeeper, Emiliano Martinez mocked Mbappe.

Read on for more information…

“A minute of silence for Mbappe”- video:

When Argentina celebrated their World Cup victory on Sunday in the dressing room, Emiliano Martinez made fun of Golden Boot winner Kylian Mbappe.

After their victory, the Argentina players celebrated by dancing around the dressing room while simultaneously singing “a minute’s silence for,” leaving a pause in which goalkeeper Martinez yelled, “For Mbappe who is dead!”

In the subsequent penalty shootouts, the Argentina goalie again came up big for his squad, helping the South American giants win the world championship.

“A minute of silence for… Mbappe!” Emiliano Martinez said, taking part in the celebration in the Argentina dressing room.

Martinez told his team to have a minute of silence for Mbappe as he cruelly mocked the French superstar after winning the World Cup.

Replying to@sportbible. got to be the most unlikeable squad to ever win it

Literally, if Messi wasn’t on this team not a single soul that isn’t Argentinian wouldn’t want them to win.

A minute of silence for the player who scored on him 4 times in 1 game…? And 3/4 were PKs, when Martinez is meant to be one of the best PK stoppers. Mbappé carried his team to PKs and was a gracious loser, but “a minute of silence” is classless. I love Messi, dislike this team.

Baby Sagini update: Maina Ochoki is the main suspect in gouging out the kid’s eyes