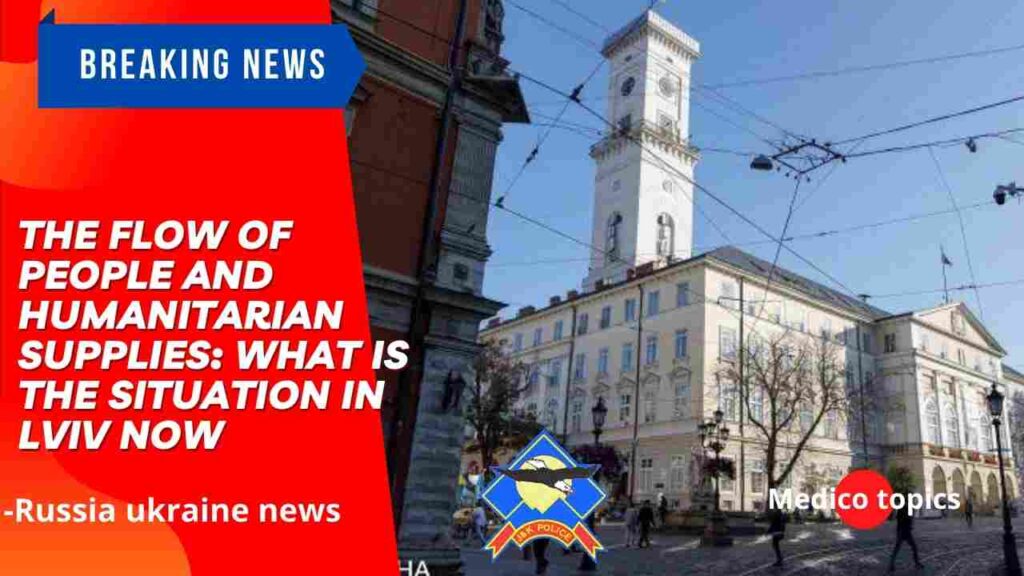 The situation in Lviv now: On the eleventh day of Russia’s war against Ukraine, Lviv continues to receive a large flow of people heading, in particular, to Poland. At the same time, significant volumes of humanitarian goods are delivered to the city and distributed to critical regions.

Lviv Mayor Andriy Sadovyy spoke about this in a commentary on Medico topics.

The situation in Lviv now

“Today Lviv performs very important functions. First of all, it is to help our military, who are at the forefront. The second important function is to build our territorial defense, as each of our cities does today,” Sadovyi said.

He noted that this is extremely important for Lviv because today all the diplomatic institutions of our country have moved to the city.

“Today there are a lot of state institutions here that ensure the functioning of the city,” the mayor stressed.

Savoy also noted that now a very large flow of people and goods is going through the city. So, more than 100 thousand people who moved from other cities of our country settled in Lviv.

“Also, many people go further through Lviv – to Poland and other countries. Humanitarian cargo arrives here, which go in large volumes to the center and east of Ukraine, to our cities, which are in a critical situation,” the mayor said.

What happens at the station

“There is order at the station. But, of course, if, for example, 30,000 people arrive at the same time, this creates a difficult situation. They have to move somewhere – we will organize it all.

So, someone wants to go further abroad – someone is waiting for the next train to Poland, someone goes further by bus.

“This is a large hive that operates in extremely extreme conditions, but it does,” Sadovyi said.

Military registration of men in the city

“In fact, a lot of people sign up for military registration and enlistment offices. Only 65,000 men have recently returned from abroad, who want to defend their state. Therefore, it is a duty for everyone who came to Lviv to register with the military and be ready to defend their native land,” Sadovyi said.

According to him, now there are queues at the military registration and enlistment offices.

“There really are queues, because there are a lot of people who want to. You can also sign up for the territorial defense x this division of the Armed Forces. We will give more information about how you can sign up. And now we will try to systematize this process,” Sadovyi summed up.

Recall, earlier it became known that trains in the direction of Lviv will temporarily stop at another station.

Read urgent and important messages about Russia’s war against Ukraine on the Medico topics channel.

I hope, I gave what you what to know about The flow of people and humanitarian supplies.