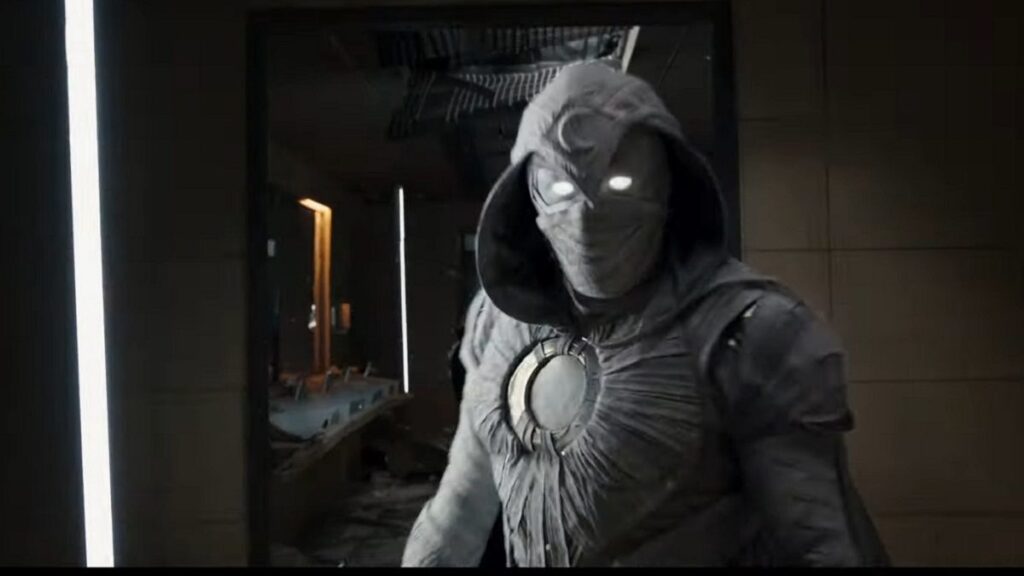 The first trailer for Oscar Isaac’s superhero show Moon Knight has been published by Marvel. Oscar Isaac will play Marc Spector, a multifaceted vigilante who suffers from dissociative identity disorder, in the next original series, which will premiere in March 2022.

Oscar’s existence as someone who locks himself every night because he can’t manage to distinguish reality from his dreams is depicted in the teaser. The teaser also introduces Ethan Hawke as the series’ villain. Marc is advised by Ethan’s character to embrace his Chaos. The footage also reveals that he has numerous identities but has trouble remembering them when he receives a phone call from someone who addresses him as Mark.

Marc becomes a superhero in the series version when he unintentionally becomes the conduit for the Egyptian moon deity Khonshu. Ethan Hawke has also been cast as a villain, with the actor telling The Hollywood Reporter that his character is based on cult leader David Koresh.

Kevin Feige told Emmy Magazine when the show was first announced in 2021, “We haven’t had an action hero that jumps off of buildings and fights in a long time. The program’s focus on mental disorders is unusual.”

The action-adventure series is set in the present and ancient Egypt, and it follows the ethereal superheroes ‘ numerous identities as they are thrown into a deadly gods’ conflict. There isn’t much information regarding the narrative that Marvel will be pursuing with Moon Knight and how it will connect to the rest of the Marvel Cinematic Universe.