On Jan 11 Chinese authorities shared the genetic sequence of the Coronavirus to US. The U.S. National Institutes of Health and Moderna’s infectious disease research team finalized the sequence for mRNA-1273. Thus Moderna vaccine mobilized toward clinical manufacture within 2 days.

Moderna vaccine research team finalized the sequence for mRNA-1273 followed by Chinese authorities shared the genetic sequence of the Coronavirus to US.

U.S. National Institute of Allergy and Infectious Diseases, part of NIH, disclosed their intent to run a Phase I study using mRNA-1273 in response to the COVID-19 threat. Manufacture of the first batch of vaccines starts at March 4.

mRNA-1273 is the laboratory name for the Moderna vaccine. It is currently undergoing Phase III clinical trials under the leadership of Antony Fauci with the assistance of the US NIAID, part of the US NIH. 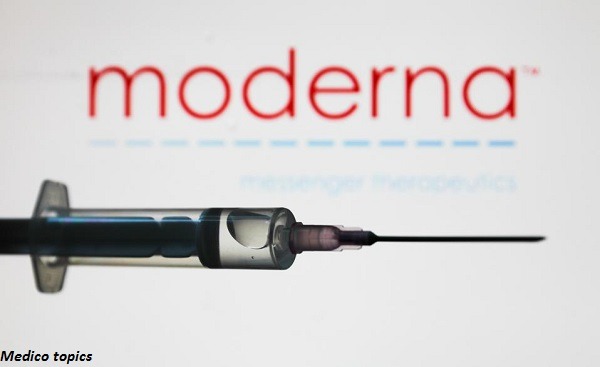 The mRNA in the name means Messenger RNA, which has a genetic formula for the encoding of a specific protein. In this vaccine, the specific mRNA contains the codes for the spike protein feature of SARS-CoV2. Spike proteins helps to invade a virus into the normal cells.

mRNA vaccine, codes for spike protein when injected into a person. Thus as an attenuated (identifiable but harmless) virus part is introduced into the body, the body learns how the virus is and begins to develop the antibodies needed to act against it.

How does Moderna vaccine work?

When the vaccine is injected into a patient, the genetic information of the spike protein enters the body.

After vaccination, the body recognizes the corona virus and produces antibodies. Proteins secreted by white blood cells, called B lymphocytes, are needed to fight it. 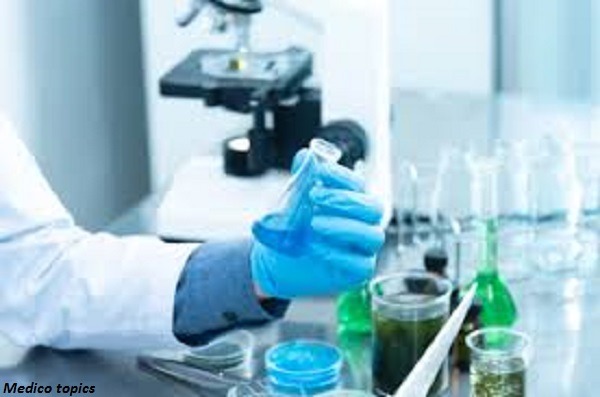 In this way, the active version of the virus attack, the immune system has already begun to act against it.

Moderna reports that when the mRNA vaccine injected into the body, it builds immunity in the first eight patients. Tal Zaks, Moderna’s chief medical officer, told The Financial Times that even low doses revealed the necessary immunity against the infection. The mentioned side effects were chills, slight redness at the injection site, fever.

Volunteers received two doses of the vaccine. Higher and lower doses were used to test the effectiveness of the vaccine. Two weeks after the second dose, even those who had been vaccinated with the lowest dose developed enough antibodies to prevent an infection. Individuals who survived the infection had the same level of antibodies found. The group with the highest dose had high levels of antibodies.

The NIAID-led Phase II vaccine study was conducted with 600 volunteers (at least 18 years old). Volunteers were divided into 13 different groups. They were divided into age (18–55 years, 56-70 years, and 71 years and over) and size (25μg, 100μg, and 250μg). And each group was given two doses of the vaccine based on the schedule. Each dose was given between 28 days.

The recently released preliminary results are based on 45 volunteers aged 18-55. They are from Kaiser Permanente in Seattle, Washington, US or Emory University in Atlanta, Georgia. The results indicated that there were only minor side effects, without any adverse effects. And to all volunteers that the vaccine is tolerated by the body when the binding to antibodies to SARS-CoV-2 spike protein is stimulated.

The Phase III study of mRNA-1273 was initiated in collaboration with the NIH and BARDA on July 27 and currently it is in process. 30,000 volunteers from 87 locations across the United States were selected for the Moderna Clinical Human Trials. The placebo-controlled trial was divided into two groups; One will receive 100μg mRNA-1273 and the other will receive placebo. The purpose of the trial is to determine if vaccinated volunteers receive the primary milestones to prevent Covid-19 disease.

Recently Moderna tweeted, “We are pleased to share that as of today, Friday, August 28th, 17,458 participants have been enrolled in the COVE Phase 3 study of mRNA-1273. Check back next Friday evening for an updated enrollment number.” Probably results of Phase III trials be released on the 1st week of December. 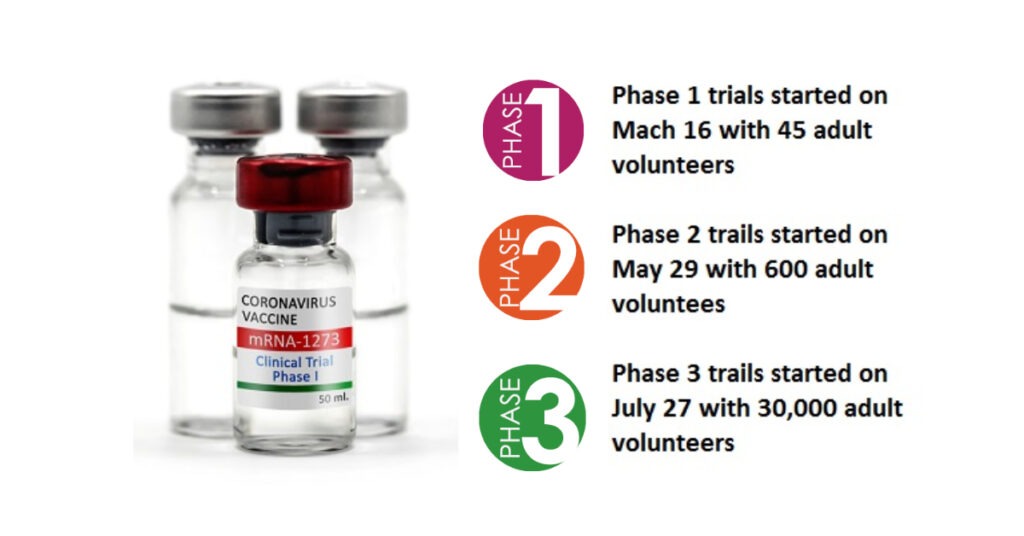 When will Moderna vaccine be available?

If all goes according to plan, the mRNA-1273 vaccine will be available for emergency use in the first half of 2021. 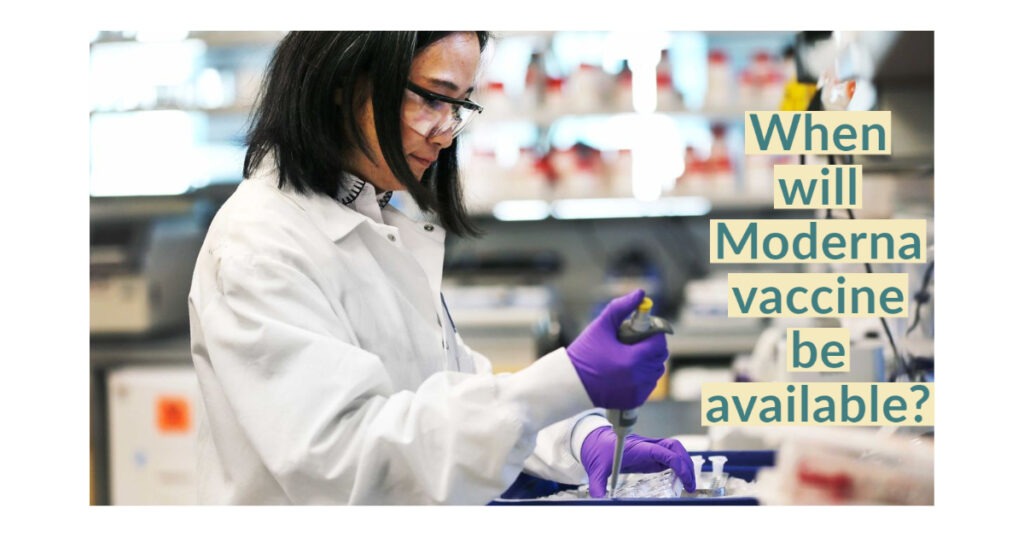 Moderna is already made agreements with Swiss pharmaceutical manufacturer Lonza
Together for vaccine production. The time when Phase III trials successfully ended and the vaccines are approved, it will start the production of millions of doses. It is expected to begin mostly in July.

When will Moderna vaccine come to India?

This is on the minds of most people today as the country has over 37 lakh cases. There are charities that fund and promote countries that work on vaccines and have limited funding. These include the Bill & Melinda Gates Foundation and the GAVI-Vaccine Alliance. For the Govt vaccine it is a bit early to predict when, if and when it will develop.

Moderna, meanwhile, is accelerating its vaccine diagnostic ability and production. But, before all of this mRNA-1273 must prove safe and provide the immunity anticipated. 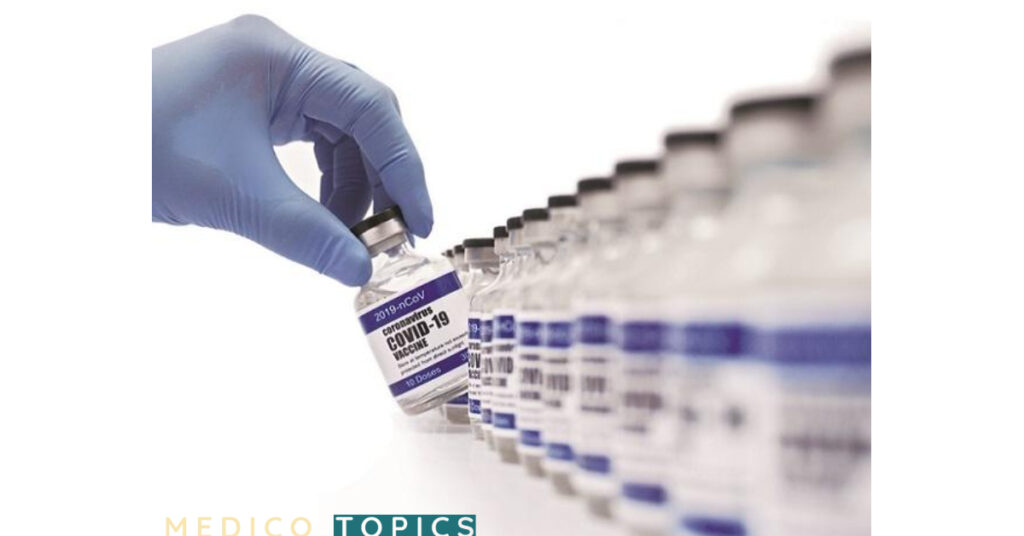 We work around the clock to develop a vaccine quickly and ensure it is available worldwide as soon as possible. We will continue to work with the government, the trust and other third parties to achieve the best possible opportunity for success, ”said Moderna

Who will get the Moderna vaccine first?

Although there are many ways to make Moderna mass production, it is impossible to make enough vaccines for everyone immediately, Boncel said. Anyways the Moderna vaccine has been successfully tested and approved, it will take some time for the vaccine to reach all over the world. First of all they produce vaccines for their own country. 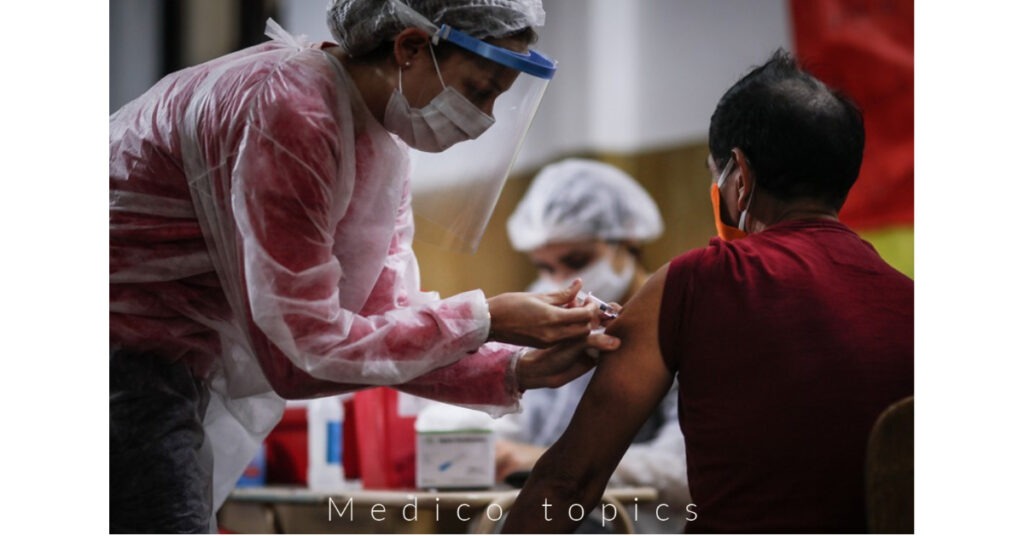 are considered as the first to start receiving the vaccine doses in the country.

How much does Moderna vaccine cost?

Modernna says its vaccine costs between Rupees 2,400 and 2,800 ($ 32- $ 37), depending on the price of the infection. Although Moderna has large-scale vaccine deals with companies, Moderna expects to charge lower fees for larger deals.