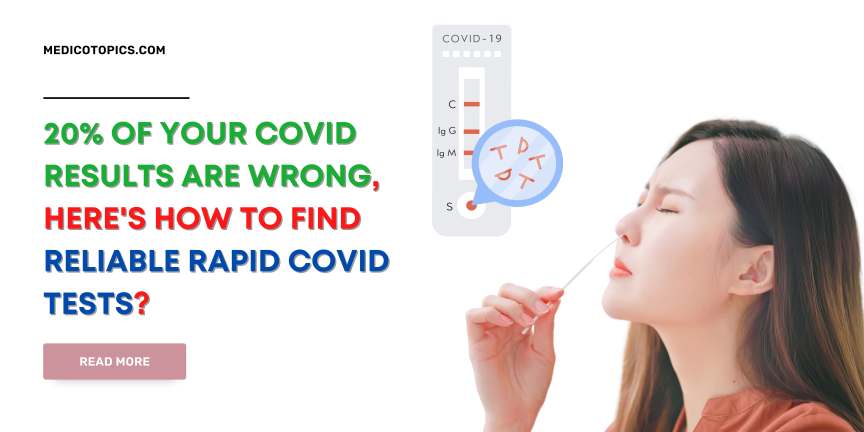 In a research by the Paul Ehrlich Institute, almost 20% of all rapid corona tests failed. This way you can find out which tests are worth finding COVID-19 – even for Omicron.

The Federal Ministry of Health has had rapid corona tests checked. The result: 80% are therefore reliable.

Rapid antigen tests for the coronavirus are intended to provide certainty quickly and inexpensively as to whether one has been infected. Every week, millions of people in the world trust that the results displayed on the small test strips are correct.

In December, the Paul Ehrlich Institute (PEI), which is responsible for monitoring vaccines and medicinal products, published an analysis of 245 rapid antigen tests already approved in Germany. 199 passed the evaluation, 46 failed, which corresponds to around 19% [ see all data at this link ]. Now there is great excitement about these numbers.

What did the Paul Ehrlich Institute examine?

The PEI inspects the quality of items that have previously been authorized on a regular basis. Rapid tests that can be purchased in Germany are repeatedly removed from the lists because they later turned out to be defective.

The paper, published in December, was a summary of all the rapid test investigations that the PEI carried out over the course of the year. These include self-tests that anybody may conduct at home, as well as those for professional usages, such as in test stations. A total of more than 600 rapid tests are approved in Germany, so far the PEI has only been able to independently check some of the products available. 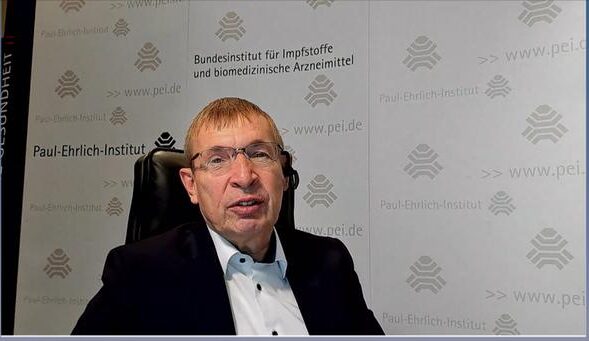 If you have any doubts about the reliability of a test, “you should refer to the list from the Paul Ehrlich Institute,” said PEI President Klaus Cichutek.

Why do tests pass with an overall sensitivity of only 34%? 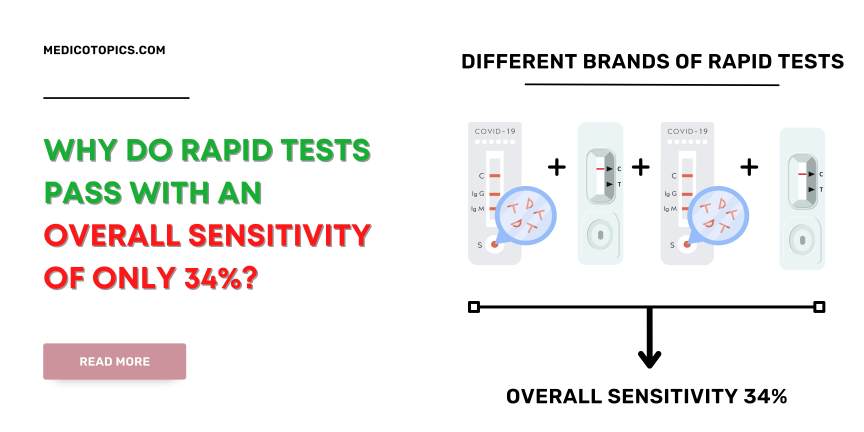 Rapid tests were originally designed and approved to quickly deliver a result at low cost in the case of a very high viral load. Then a PCR test, which is significantly more exact, can offer assurance.

In general, it should be noted that antigen tests were not developed for the reliable diagnosis of a Sars-CoV-2 infection, but solely to quickly and easily identify people with a very high viral load, the associated potential infectiousness and the risk of transmission for contact persons.

The Paul Ehrlich Institute now wanted to find out whether the tests that had already been approved also met even stricter criteria in addition to the old sensitivity requirements. Which tests also work with lower viral loads? Some succeeded, reacting when there were far fewer viruses. So they are better than the minimum requirements. The PEI speaks of a high “overall sensitivity”.

This also explains why, conversely, tests with an overall sensitivity of only 34% passed the study. With the very high viral load, they had a sensitivity of 80% and more – and only dropped significantly with the tougher criteria. So you have met the minimum requirements.

How do I find reliable rapid tests? 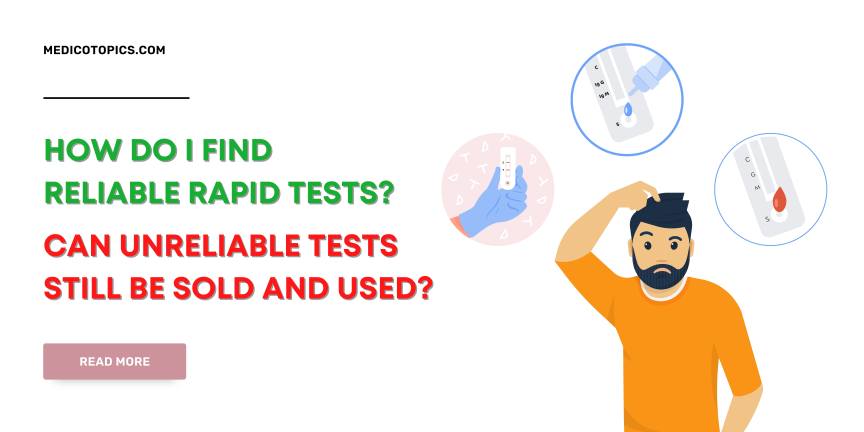 The most important place to go to find out what a rapid test is good for is the website of the Federal Institute for Drugs and Medical Devices (BfArM). There are continuously updated lists of the rapid tests and self-tests currently recognized in terms of test regulation.

However, these lists do not offer a complete overview of all the rapid tests available on the market either. Because fast testing is frequently allowed across the EU, this is the case.

This is how rapid tests are approved in Germany

Between fall 2020 and early 2021, the first quick tests hit the German market, thanks in part to special permission from the Federal Institute for Drugs and Medical Devices (BfArM). A notice is included on the box of self-tests that have received special approval. This option has now been discontinued, but some remainders are still legally in circulation. As long as the use-by date has not passed, they may be sold and distributed.

In addition, rapid tests are not only approved for Germany but always for the entire world. For this, they need a so-called CE certification. So far, manufacturers have been able to commission test centers and laboratories themselves to confirm the reliability of their tests. An independent review is not planned until May 2022. This may seem dubious, but it’s common practice with many products – mostly because it saves time and money. Own registration offices and test processes for each EU country would hardly be compatible with the cross-border EU internal market.

As a result, neither BfArM nor PEI are directly engaged in the approval of quick testing. However, rapid tests with CE certifications can apply for inclusion in the rapid test lists at the BfArM. To do this, the tests must meet a number of additional minimum requirements of the PEI. This is a prerequisite for the costs of the tests to be reimbursed in accordance with the Test Ordinance.

There are often various products with similar-sounding names from the same manufacturer. Reference and AT numbers, which are assigned by the manufacturer or the BfArM and which are usually given on the packaging, can provide certainty here.

When traveling, it can be important that the rapid test is one of those that are recognized throughout the EU. The EU Commission has a separate list of fast tests from the BfArM. Additional details on test reports from other countries are also listed there.

Can unreliable tests still be sold and used?

As described above, neither the PEI nor the BfArM is responsible for approving rapid tests in the EU. If the PEI determines – as has now happened – that some tests do not meet its requirements, they will be removed from the BfArM list of reimbursable rapid tests. This does not automatically mean a sales ban, the dubious self-tests may continue to be offered in retail outlets. Every consumer must inform himself here.

The products that did not pass the evaluation of the Paul-Ehrlich-Institute may be resold based on EU law. However, rapid tests for professional use will not be reimbursed if they do not meet the requirements.

Test stations or pharmacies that offer free citizen tests may no longer use such quick tests that have been removed from the list if they want to bill them. Whether schools are allowed to distribute them further may depend on the corresponding regulations of the federal states or municipalities. There is no uniform specification here, those affected must inform themselves on site.

PEI President Klaus Cichutek said in the ZDF morning show that countries, test centers, and discounters had based themselves on the checklists. They “offered the tests that we positively appraised,” according to Cichutek.

These tests are not unreliable.

If a product even turns out to be potentially harmful to health, a product warning can be issued in various ways. This has often happened recently, especially with inferior FFP protective masks via the EU’s Rapex warning system. So far, there have only been a few recalls for quick tests. 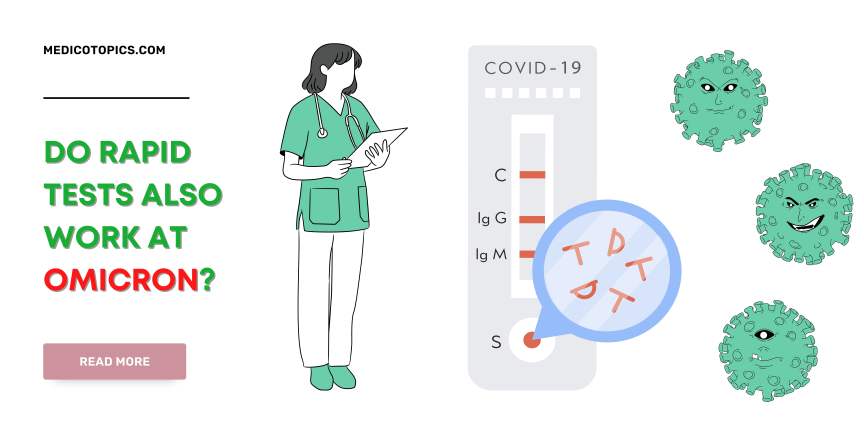 Rapid antigen assays identify the coronavirus by reacting to certain components of the virus. Different tests can target different virus components, some even several.

Most tests available detect the so-called N-protein. According to the PEI, this is also the reason why most tests should also work with the Omicron variant without hesitation. “But the mutations in the omicron variant primarily affect the S protein,” writes the institute on its website.

Based on the current data, the Paul-Ehrlich-Institut assumes that the vast majority of the antigen tests offered in Germany and evaluated positively can detect an omicron infection.

Which proteins the tests are aimed at can be easily checked in the public lists of BfArM and PEI. If you want to be sure about omicron, you can avoid tests that target the S protein for the time being – but the PEI did not want to give ZDF an official recommendation of this kind today.

Federal Health Minister Karl Lauterbach (SPD) announced on Sunday a positive list for rapid tests at Omicron. “The Paul-Ehrlich-Institut is currently examining what options there are for implementing this project. Statements are currently not possible either on the duration or on specific criteria for inclusion in a specific list for omicron tests,” says the institute.

Get the latest COVID-19 News here at Medico topics