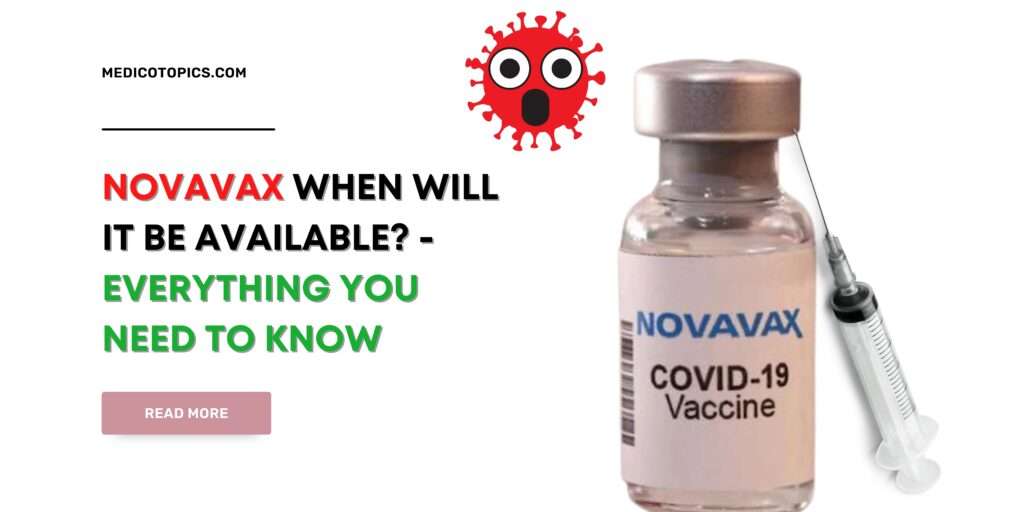 Novavax when will it be available: Around 1.75 million doses of the Corona vaccine Novavax are to be delivered by February 21. Only one federal state, however, has enabled registration for vaccination appointments thus far.

Rhineland-Palatinate will be the first federal state to enable residents registration for vaccination appointments with Novavax’s Corona vaccine beginning January 24th. The first delivery should arrive at the end of February. The appointments are made via the country’s vaccination portal.

“This is fantastic news for everyone who has been delaying immunisation while waiting for the ‘dead vaccine,'” stated Clemens Hoch (SPD), Minister of Health for Rhineland-Palatinate, ahead of the announcement.

What makes each type of vaccine different and why the Novavax vaccine is actually not an inactivated vaccine:

Our immune system is good at attacking the coronavirus on the spike proteins on its surface. Researchers can isolate and artificially copy the blueprint of these protein molecules – the so-called mRNA or messenger RNA. The mRNA is packed in a fine protective shell and injected. The body cells absorb the mRNA and now form spike proteins based on the genetic information. The inoculated cells present the spike proteins on their surface. The immune system becomes active and forms precisely tailored antibodies. The vaccines from Biotech/Pfizer and Moderna work according to this principle.

Vector vaccines such as AstraZeneca, Johnson & Johnson, and Sputnik V are also about introducing the blueprint for the spike proteins of the coronavirus into the human body. For this purpose, the DNA of the spike proteins is used and inserted into the DNA of a transport virus. The transport virus – called vector – is a common cold virus (adenovirus) harmless to humans.

Unlike mRNA, DNA cannot be read directly in the cell plasma and converted into spike proteins. The DNA first has to take a detour to the cell nucleus, where it is translated into mRNA. The cells then do the same thing as the mRNA vaccine: they deliver the spike proteins to the immune system, which allows the body to generate an immunological response.

The Russian vaccine Sputnik V uses two adenoviruses (Ad26 and Ad5) as vectors. They are administered separately – Ad26 in the first dose and Ad5 in the second. This is to increase the effectiveness of the vaccine.

Protein-based vaccines are classic vaccines that have long been used for vaccines such as influenza or hepatitis. Novavax uses the spike protein of the coronavirus for its vaccine and reproduces it en masse in insect cells. Unlike the mRNA and vector vaccines, the spike protein is genetically engineered outside of the human body.

Multiple spike proteins are assembled into a virus-like particle using nanoparticle technology. The immune system is thus fooled into thinking that a coronavirus is present. In order for this to work well, an active enhancer (adjuvant) is added to the vaccine – in the case of Novavax, this is a substance from the soap bark tree.

The protein vaccine Vidprevtyn from Sanofi Pasteur, which the EMA is currently testing, is also manufactured using this method.

Such corona vaccines contain whole killed (inactivated) coronaviruses or parts thereof that cannot multiply in the body. The immune system of a vaccinated person recognizes the inactivated virus as foreign and forms antibodies against it. Even with inactivated vaccines – the method has long been used for some other vaccines – substances are added that are supposed to strengthen an immune response (potentiator, adjuvant).

The EU is currently testing two vaccines based on this method: Coronavac from the Chinese manufacturer Sinuvac and the VLA2001 product from the Franco-Austrian company Valneva. Both are whole-virus vaccines, with Coronavac containing only one enhancer and Valneva’s containing two.

The term inactivated vaccine is not used uniformly by experts. The Robert Koch Institute takes the definition very broadly and understands it to mean vaccines that do not contain any viruses capable of replication (i.e. all previous corona vaccines). The Federal Ministry of Research, in turn, only includes vaccines that contain killed viruses, components, or individual molecules of the pathogen – that would include protein vaccines such as Novavax. According to the narrower definition that killed vaccines contain the virus or parts of it (inactivated), Novavax does not belong to this group because its virus proteins are genetically engineered.

Novavax, When will it be available?

The federal government wants to make around 1.75 million Novavax doses available by February 21. Exact dates for a further 3.25 million cans that have been purchased have not yet been set, said Federal Health Minister Karl Lauterbach (SPD) in mid-January. He hopes that the delivery will arrive in February.

This is one of the reasons that other federal states have been hesitant to give Nuvaxovid vaccination sessions (the trade name of the Novavax vaccine in Europe).

As long as we don’t know what we’re getting, we can’t offer appointments at the vaccination centers.

If the vaccine doses were distributed among the federal states according to the proportion of the population, Thuringia would have around 44,000 doses, Jörg Mertz from the Thuringia Association of Statutory Health Insurance Physicians told DPA on Thursday. However, it has not yet been clarified where these are to be used first, for example, whether hospitals, fire brigades, or areas of vital infrastructure will be used first.

Brandenburg is planning exactly this prioritization when awarding Novavax: First of all, those who are subject to vaccination from March 16, i.e. nursing and medical staff, should be able to be vaccinated, explained Health Minister Ursula Nonnemacher (Greens) on Thursday during question time in the state parliament. Vaccination of particularly vulnerable people should also have priority.

North Rhine-Westphalia’s Health Minister Karl-Josef Laumann (CDU) also advocated last week that the vaccine should first be offered in the healthcare sector if there was great demand. He wants to work on this together with other state ministers of health.

Novavax: Not an inactivated vaccine, but a protein vaccine

The Novavax vaccine is often commonly referred to as the “dead vaccine”. However, this term is not used uniformly in practice. If the definition – as with the Federal Ministry of Research – is that the vaccine must contain the real virus or at least parts of it (inactivated), Novavax would not be a dead vaccine in the narrower sense.

Because the decisive component that is supposed to trigger the immune response was not taken from a real virus at Novavax but is a genetically engineered virus protein (spike protein). Therefore, the Paul Ehrlich Institute recommends the term protein vaccine for Novavax.

The protein vaccine could be an alternative for people who are skeptical about mRNA vaccines. For protein vaccines – just like for inactivated vaccines based on killed pathogens – the principles on which they are based have been used for years in other vaccines, such as hepatitis and influenza vaccines.

[…] Novavax: Why vaccination appointments take so long? When will it be available? […]

[…] Novavax: Why vaccination appointments take so long? When will it be available? […]