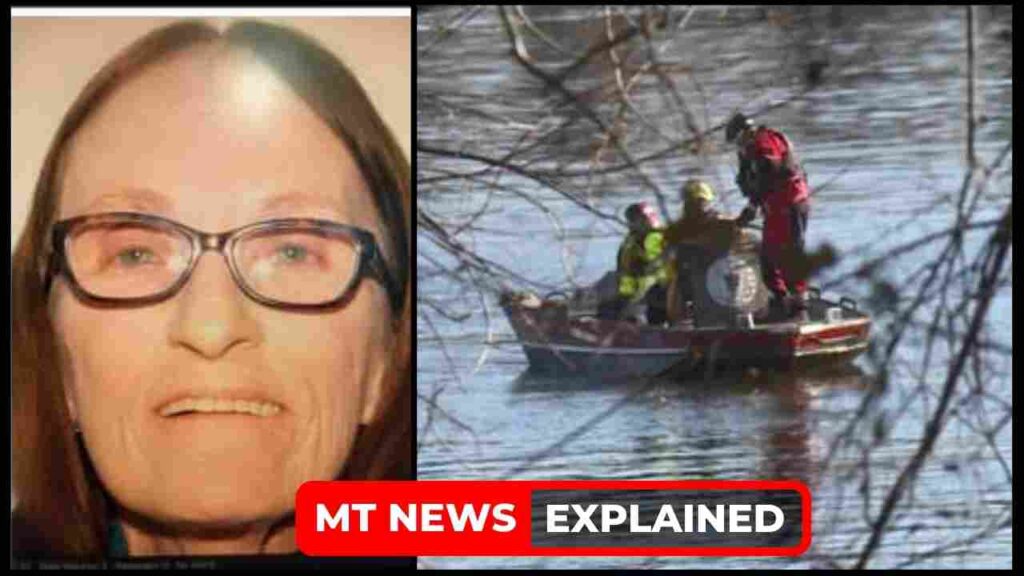 Missing Powhatan woman, 70, discovered dead in James River. Let’s see what happened to her in detail.

The Powhatan County Sheriff’s Office is seeking assistance in attempting to locate a missing adult, Malana Patricia Weaver was reported missing at approximately 6 a.m. today, Dec. 27. Weaver left her residence, and her vehicle was later located at Tucker Park in Goochland County. The Goochland County Sheriff’s Office and the Virginia State Police are assisting with the search. Contact Detective Riopedre at 804-598-5656 if you have any information as to Malana Patricia Weaver’s location. 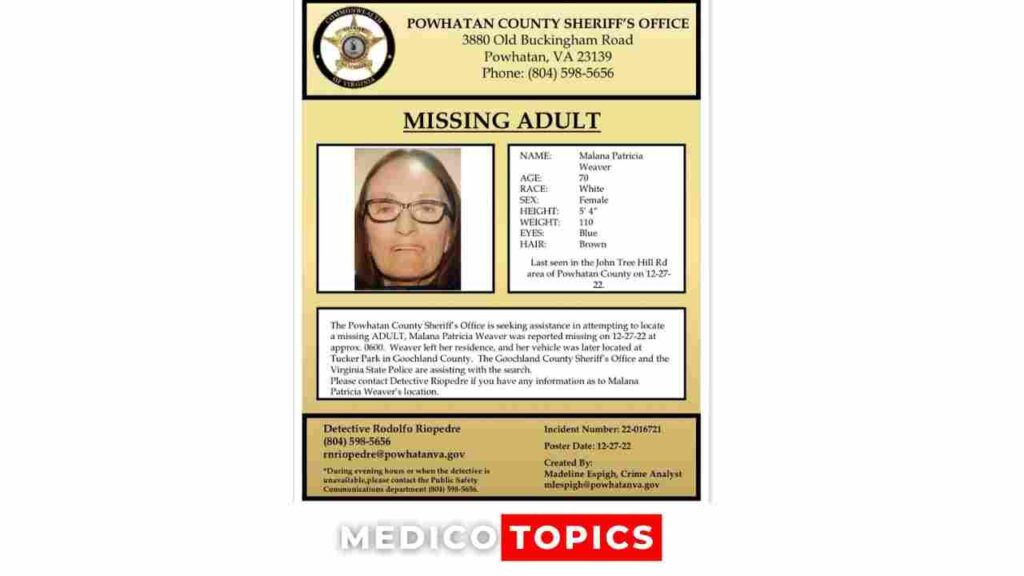 According to deputies, on Tuesday, witnesses saw Weaver strolling by the James River. According to sources at Crime Insider, teams spent hours using boats and a helicopter to investigate the area. The medical examiner’s office will receive her body so that the cause of death can be determined.

The Powhatan Sheriff’s Office released the following statement: “It is with heavy hearts that we report Malana Patricia Weaver of Powhatan has been located deceased in the James River by Goochland County Fire Rescue personnel. The cause and manner of death will be determined by the Office of the Chief Medical Examiner. We ask that you please keep Malana’s family in your thoughts and prayers and respect their privacy during this incredibly difficult time.”

The Powhatan County Sheriff’s Office along with the Goochland County Sheriff’s Office, the Virginia State Police, the Chesterfield County Police Department, and the Virginia Conservation Police continue to search for 70-year-old Malana Patricia Weaver of Powhatan. Weaver left her residence on 12-26-22 and her vehicle was located in Tucker Park in Goochland County on 12-27-22.

Witnesses have reported possible sightings of her walking near the James River in Tucker Park on 12-27-22. Weaver requires daily medication which she did not take with her. If anyone has any information about the location of Malana Patricia Weaver contact the Powhatan County Sheriff’s Office at (804) 598-5656.