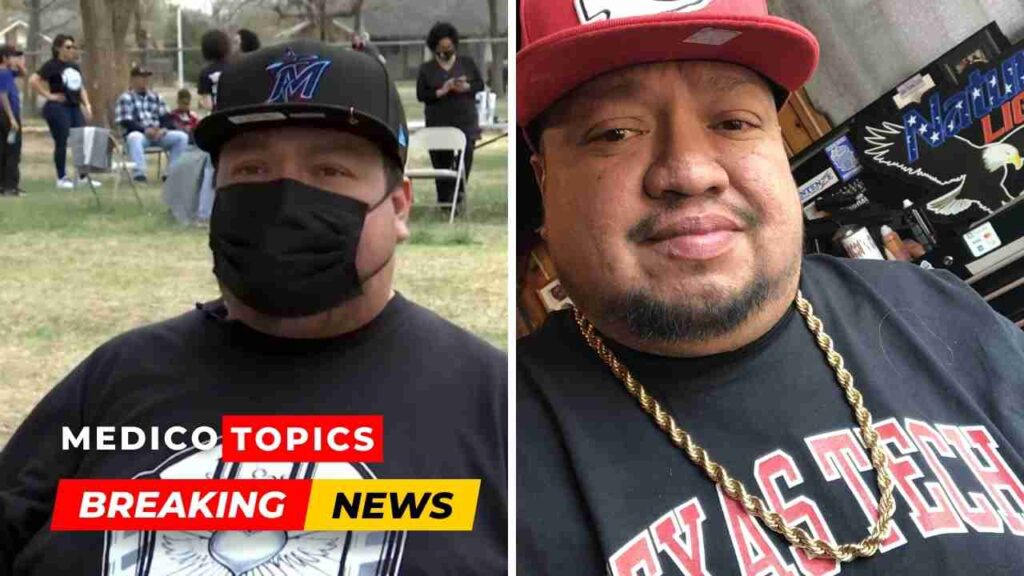 John Romo, a resident of Lubbock, who provides free haircuts passed away on Christmas Eve. Let’s see, how did John Romo die and his cause of death in detail.

How did John Romo die?

John Romo, who was committed to serving the homeless community through his nonprofit, “Haircuts and Hope,” passed away as his wife posted on social media.

He passed away on Christmas Eve after six years of selfless service. To raise money for his burial costs, his wife Denise Romo set up a GoFundMe.

Denise claimed that her husband was well-liked and competent in his work. In 2021, EverythingLubbock.com had the chance to speak with John during an event where the group not only provided free haircuts, but also donated food, clothing, and toiletries to those in need.

‘Haircuts and Hope’ group give free haircuts to the homeless after a year of COVID-19. “I know it’s not a long-term solution for anything,” John said.

“But if these people come and next week they can have a good memory, that’s all I want to do — is provide them a family experience for a few hours and make them feel better.”

John Romo cause of death:

John Romo died on December 24, 2022, after six years of cutting hair for those in need. Barber Romo died at the age of 42.

In September, John ended up in the hospital. After that, he returned with a blood infection a week before Christmas Eve. He died from it a week later.

“We really didn’t think it was going to end up the way that it did. Unfortunately, it did,” Denise said. “I’m still in shock, I can’t believe it.”

Who was John Romo?

John Romo was a founder of the Haircuts & Hope group. His goal was to help individuals in need in the greatest way he could, which was by cutting hair.

“I plan on making this a lifelong goal,” John said. “It feels too good to stop.”

John fulfilled his 2018 commitment. John has cut thousands of people’s hair in the last six years, according to his wife Denise.

Denise remarked, “My husband was a wonderful man. When John was unable to cut hair in a shop any longer, according to her, Haircuts & Hope was founded.

“He has an ailment with his leg, so his foot became, he became partially disabled,” Denise said. “So, he had a lot of time to think and he wasn’t able to be behind the chair like he always was.”

Denise states those who received the haircuts were thankful.

“They were just overjoyed at the fact that somebody would give back the time, or make the time to care about their feelings, how they felt even just like for that moment they felt better then, it’s what was important to John,” Denise said.

Denise is also a hairdresser. She says once she’s up for it, she will continue Haircuts & Hope. “I’d love to carry his legacy on, I don’t want to stop,” Denise said.

Denise is asking for help to pay for medical and funeral expenses, and to continue giving back the way John would want her to. You can donate your fund on GoFundMe.

Throughout all these years you’ve always been my brother. I love John watching over Lillian and olive! Everyone, please keep Denise Hernandez Romo and the kids in your prayers!

We are asking Prayers for my sister Denise Hernandez Romo and my nieces and nephew…..we lost our brother-in-law John Barber Romo yesterday… May he rest in Eternal Peace……

I’m so sorry to hear this. Praying for Denise and all of the family.

Lost two good friends yesterday John Barber Romo and Ross Rivera. Prayers for your families. Both are awesome people. I believe you both earned your Angel wings. Hope y’all meet up in Heaven. Y’all will hit it off. God Bless.

How did Caitlyn Alaska Wilson die? Jared Wilson’s wife cause of death Explained