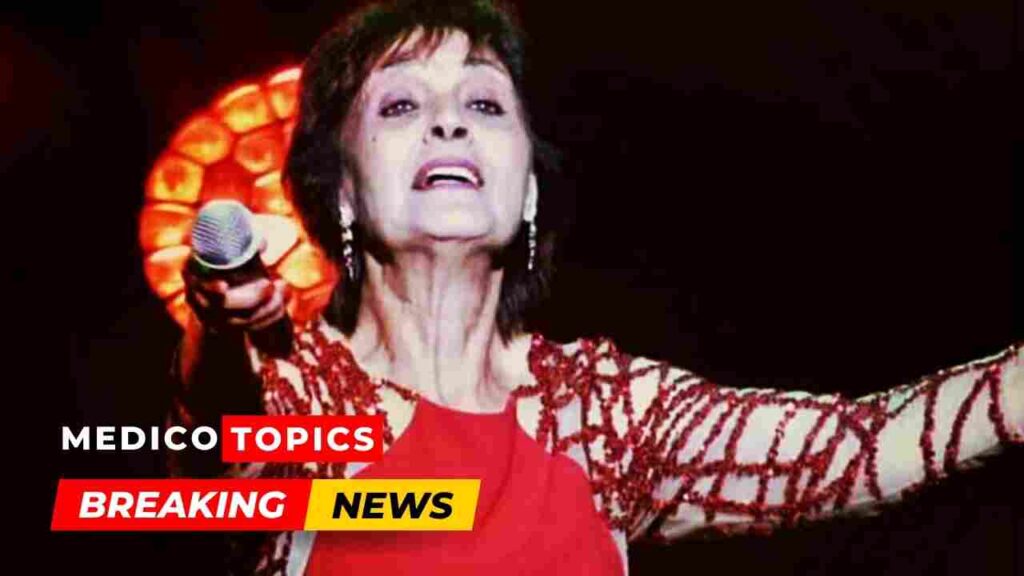 Portuguese Singer Linda de Suza died this Wednesday morning at the Gisors Hospital in France on December 28. Let’s see more details about Linda de Suza and her cause of death.

Who was Linda de Suza?

Linda de Suza was born on 22 February 1948, in Beringel, Beja (Alentejo), in southern Portugal. She was a Portuguese Lusophone and Francophone singer, actress, and best-selling author. Suza left her homeland, Portugal for France in the 1970s and started to work in menial jobs.

She was able to record music albums in the late 1970s. A sizable audience was attracted to her works in France, including Tiroli-Torola, La fille qui pleurait, Un Enfant peut fait le monde, and L’Étrangère. The performance she gave at the Paris Olympia gave her the most success.

Unfortunate news threw the world of music in Brazil, France, and the world, into mourning, since a remarkable artist lost her life. The popular Portuguese singer Linda de Suza has died from COVID-19.

The Portuguese singer died on Wednesday in a hospital in Gisors Normandy in northern France after being transferred there due to “respiratory failure and testing positive for COVID-19,” said her manager.

Another victim of the pandemic

The artist was in a nursing home and was taken to the hospital this morning. At the beginning of December, the artist was hospitalized in serious condition. According to the magazine ‘France Dimanche’, the interpreter of ‘Um Português (Mala de Cartão)’ suffered from serious mental disorders, which caused her to hallucinate “a fight between the forces of good and evil”.

To complicate the situation, the artist stopped eating and was increasingly weak, which left the doctors very worried.

In honor of Amália Rodrigues, to whom she paid respect in her song “Amália,” Linda de Suza was dubbed “Amália of France” and sang fado, folk, ballads, and popular songs in both French and Portuguese.

Amalia Rodrigues, referred to as “Rainha do Fado” , paved the way for a number of well-known Portuguese and vocalists . The vocalist of Portuguese descent, including Linda de Suza, Tonicha, Lenita Gentil, Cândida Branca Flor, Dulce Pontes, Mariza, and Msia.

In 1984, Linda de Suza published her autobiography La Valise en Carton (The Cardboard Suitcase). The book was also published the same year in Portugal, as A Mala de Cartão. Her book was followed by many novels. La Valise en carton was adapted into a cinema-film miniseries in 1988. All were successful.

Linda de Suza moved a large number of people after she herself revealed the story of how she clandestinely crossed the French border with her young son and only a “cardboard suitcase”.

The singer opened her heart and described the ordeal she experienced with her little boy in what would become her successful 1984 book La Valise de carton (The cardboard Suitcase). It sold at least two million copies and was adapted into a musical and a television series, according to News Euro.

Fled Portugal because of its ‘CONSERVATIVE’ IDEAS

The performer’s real name was Teolinda Joaquina de Sousa Lança, but she was better known to the world as Linda de Suza. On February 22, 1948, she was born in Beringel, a city in southern Portugal. In 2023, she would have turned 75 years old.

When it was revealed that she had to flee from an “authoritarian household” in an “ultra-conservative” Portugal where young ladies like her were forbidden from having children before engagement or marriage, her story gained even more notoriety.

On social media, fans have not hesitated to write messages in honor of the singer. Many even point to her as an important reference and one of the great ladies of the Franco-Portuguese culture, who raised awareness in the world of exile and immigrants looking for a new future.

Some fans offered their condolences to Linda’s family: “I find out about the death of Linda de Suza. As the son of a Portuguese immigrant, I grew up with her songs blaring through the house. I still have them in my memory. They will always be a part of my childhood.”