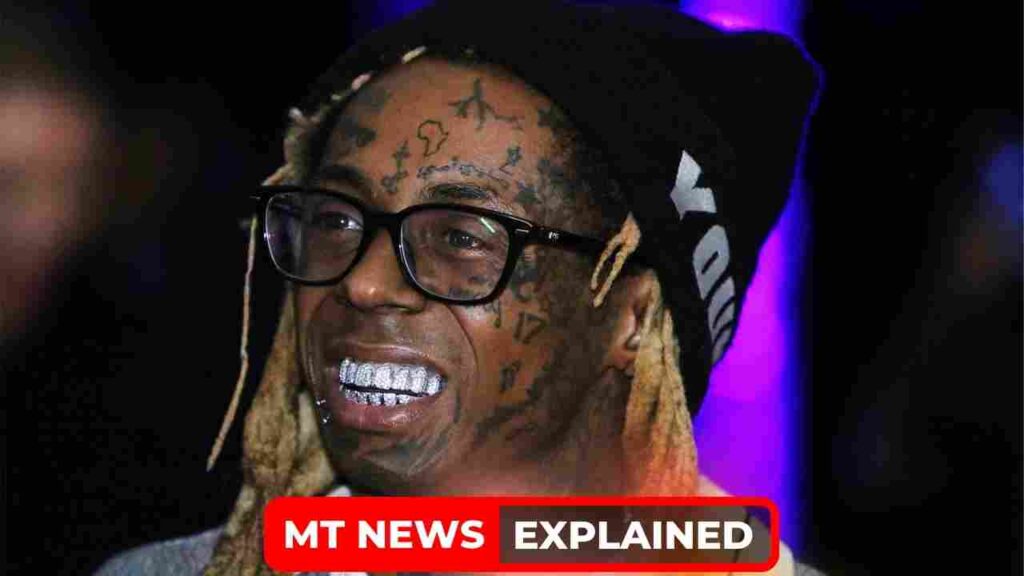 Young people in this generation are more likely to deal with depression. In this article, we will discuss Lil Wayne story of depression and how he deals with it in detail.

Numerous young people are showing signs of depression, according to some research. Sadly, psychological distress among young people seems to be rising day by day. The number of young people attempting suicide is rapidly increasing.

Nowadays, depression is common among celebrities, and stars. Celebrities also experience these kinds of mental depression, and a lot of them took their own lives as a result.

Lil Wayne, five time Grammy award winner opens up about his mental health struggles and how he escaped them. Let’s see about his story.

In an effort to assist others, Lil Wayne shared his history of mental health issues, including a suicide attempt at the age of 12.

In his “Uncomfortable Conversations” interview series, the famous rapper, Wayne discussed his desire to encourage others to take mental health seriously and to ask for help when they do.

Wayne opens up by saying, “I am hoping I can help anyone else out there who’s dealing with mental health problems by… being vulnerable, To me, I look at it as being brave and stepping up.”

The rapper revealed to Billboard in 2018 for the very first time that the gunshot wound he had was not from an accident but it’s from his suicide attempt.

What happened to Wayne?

He admitted to Acho that he first became aware of his internal struggles when he was just 10 years old, especially after being informed he couldn’t rap, which put his preferred form of expression at risk.

“I was willing to die for it,” Wayne said. The moment he suddenly realized he was facing a real struggle was once his thoughts got radical and got to where he had got to stop himself and stop and pause and say, ‘What did you just think again?’

He added, “Even if you’ve cried yourself to sleep with that thought on your mind and wake up the next day and be like, ‘I cannot believe I was thinking like that.’ ”

Why did Wayne attempt suicide?

When Wayne learned his mother realized he had been skipping class at age 12, he became terrified she would inform him he was no longer permitted to rap. He remembered that his thoughts were “everywhere.”

He was aware that his mother had a gun in her bedroom and he called the police before pulling the trigger. Wayne was severely hurt and bleeding when the police arrived, but he had managed to move in the direction of the front door. But as soon as they entered, a number of the officers sped past him and announced they had discovered narcotics and the pistol before determining whether the young boy was okay.

“It took a guy named Uncle Bob.” And he ran up there, when he got to the top of the steps and saw me there, he refused to even step over me,” Wayne said.

“I got the drugs,” one of them shouted. And that is when he lost his mind. I don’t give an (expletive) about no drugs, he said. Are you blind? There’s a baby on the ground. Before picking him up and telling the youngster, “You’re not going to die on me,” Wayne remembers the cop yelling at the other people.

When the successful rapper and the cop reconnected years later, the officer said: “I don’t want nothing, I just want to say I’m happy to see that I saved a life that mattered.”

Lil Wayne explained to Acho that his mental health problems did not suddenly disappear when he gained fame in his late teens and early 20s.

Each night after the cheers and applause at his performances ended, he was left alone and questioned whether anyone would care about him on his own without the support of the work he had produced.

Years later, Wayne still prays twice a day but no longer attends therapy. He can now say he’s in a better place and “so happy,”

He explained, “That’s to be productive, put out some music, and help some people put out music.” “That’s what I love. Simple cliche: That’s what I was born to be.”

What can be learned from his experiences?

Being raised by a parent who didn’t even “speak that language” of being sensitive about mental health, Wayne said he found it difficult to express his emotions.

On May 31, 2019, Lil Wayne gives a performance at the Governors Ball Festival on Randall’s Island in New York City.

“You have no one to vent to, no one to get this out to,” he said. “You can’t bring it to your friends at school – you’re still trying to be cool to them. You’re not trying to let them know you’ve got something going on at home.”

Wayne wants to emphasize to those who may know someone who is experiencing mental health issues that “it’s real”.

“There is no bar to measure how real. It’s real,” he said. “It’s so real that if someone even has the guts, the heart, the bravery, whatever to at least admit that they have something going on up there that they’re not sure about, it’s so real that we should only react in the most realistic way possible.”

You can talk online or contact the U.S. National Suicide Prevention Lifeline at 800-273-TALK (8255) at any time if you or someone you know may be having suicidal thoughts or thoughts of self-harm.

Who is Justin Pittman? Man who killed his daughter by giving toxic fentanyl