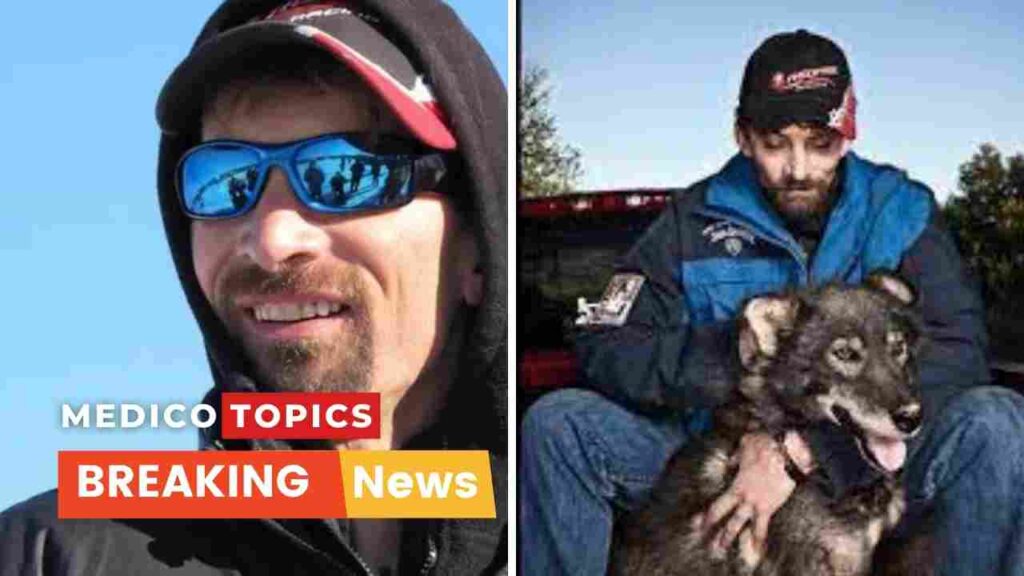 How did Lance Mackey die?

Lance Mackey, an Alaskan mushing champion who gained a devoted fan base despite having severe health issues, passed away on Wednesday at the age of 52. On Thursday, Mackey’s Comeback Kennel and their parents both announced his passing. He was known as the “people’s champion” informally due to his unfortunate past and successful redemption, as well as his laid-back demeanor and straightforward manner. As word of his passing spread on Thursday morning, tributes to Mackey as an inspiration, legend, and friend began to surface online from fans and other mushers all over the nation.

The four-time Iditarod champion was diagnosed with throat cancer in 2001 but overcame the illness after undergoing both surgery and radiation therapy. He then announced his second bout with cancer in August 2021. After his first diagnosis, Mackey went on to accomplish a string of achievements in the sport of mushing. He won four consecutive Yukon Quest races from 2005 to 2008, and four consecutive Iditarod races from 2007 to 2010.

Lance Mackey, a 51-year-old musher from Alaska, posted a brief message this week looking for a temporary residence for his 20 sled dogs. Mackey posted on his Facebook page, “Believe me when I say I’m PISSED about what I’m going to say. He continued, “My winter plans just changed yet more. Being a single father and receiving a second cancer diagnosis have caused some changes to my wintertime preparations. As he hopes to resume racing in the future, Mackey is looking to lodge his dogs for the season in a reputable kennel.  By Thursday, he had been able to get temporary housing for half of his squad, with plans for the remaining 10 dogs still “waiting.”

Mackey spoke on the phone from his home outside of Fairbanks, where he was winterizing his home with friends before traveling to the south for treatment.  He is unsure of when he will return home after next Monday. His housing situation is uncertain as he develops a treatment strategy with a group at Alaska Regional Hospital in Anchorage.  Seattle is mentioned, but it hasn’t been confirmed, he said. His throat has cancer once more, but it’s not the same kind that he had before. Twenty years ago, I was sick and exhausted when I received my diagnosis.  This time, it was discovered at an early stage, according to Mackey. I am confident that everything will be OK.

For many years, Mackey has been a fan favorite, gaining a large following outside of Alaska who has been motivated by his turbulent life story and ascent to the top of the mushing world. After overcoming throat cancer, Mackey won an unusual number of competitions in the middle the to late 2000s. By 2010, he had won four consecutive Iditarod and Yukon Quest races.  The Great Alone,” an acclaimed independent documentary movie that was released in 2015, was about his life. Since then, he has struggled to finish in the top 20 of the Iditarod and has experienced a long list of medical setbacks and personal catastrophes. His athletic capabilities were compromised by his cancer treatments, which made his hands highly prone to the cold due to Raynaud’s syndrome.

Mackey finished the 2020 Iditarod in 21st place but was disqualified due to a methamphetamine test result.  Soon after that, he started receiving treatment.  After Jenne Smith, his companion, died in an ATV accident in October of that same year, Mackey was left to take care of the couple’s two young children. “My kids and I have both gone through some crap in the last year,” Mackey remarked.  But kids are the reason if you ever had a reason to argue. Dogs are a part of my life, but my children are the center of it, he continued. It was “very uncommon,” according to Mackey, for the same form of cancer to recur in the same area of his body. I’m not new to this zone, he declared.  “I’m not sure why I always end up with the short straw.”

Lance Mackey cause of death

Lance Mackey, one of the most colorful and successful mushing champions who also struggled with his health and drug use, passed away. The father and kennel of the four-time Iditarod Trail Sled Dog Race champion posted on Facebook on Wednesday that he had passed away from cancer.

He was 52. Iditarod Nation, according to officials with the most renowned sled dog race in the world, is in grief. In a statement, race organizers noted that Lance “embodied the spirit of the race, the toughness of an Alaskan musher, demonstrated the ultimate demonstration of resilience, and was loved by his admirers.”

Who was Lance Mackey? 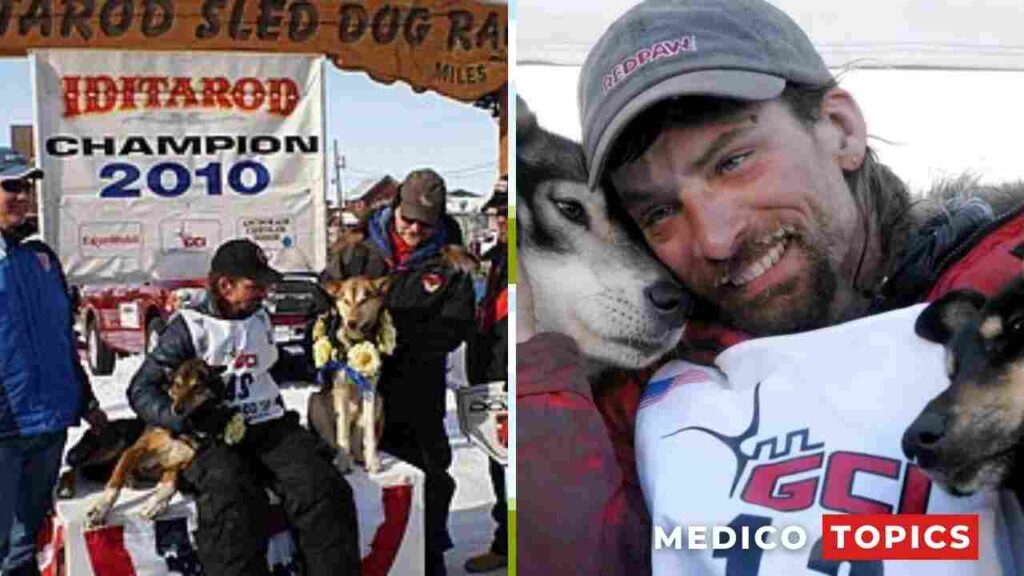 Lance Mackey’s career as a sled dog musher got started with his first attempt in the 2001 Iditarod, where he finished 36th out of 57 competitors and took home just $1046. By 2007, Mackey had advanced swiftly up the rankings to become the first person to take home the Yukon Quest and Iditarod titles in the same calendar year.

Mackey kept raising the bar; in 2008, he won the Tustumena 200, the Yukon Quest for the fourth time in a row, and the Iditarod for the second time. Lance won his third consecutive Iditarod in 2009, while he declined to compete in the Yukon Quest the following year. Mackey returned to the competition in 2010, placing second in the Yukon Quest and winning his fourth straight Iditarod before dropping out of the top ten in the 2011 race, much to the dismay of several news reporters. Since his victory in 2011,

Mackey has failed to place among the top 10 finishers in the Iditarod despite five different attempts. The Iditarod declared on May 7, 2020, that Lance Mackey’s 21st-place finish at the 2020 Iditarod will be vacated as a result of a failed drug test. Methamphetamine was detected in Mackey’s urine sample, which was obtained in White Mountain as part of the regular operating procedure for the first thirty mushers to arrive at the checkpoint. As a result of this setback, Mackey did not compete in the 2021 Iditarod.

One of Lance Mackey’s most famous dogs, “Zorro,” was born in 2000, and at one point, Lance’s entire team was made up of Zorro’s offspring. Lance Mackey ran his kennel “Comeback Kennel” on a 5-acre plot of land close to Fairbanks, Alaska. The sixty or so dogs that Lance maintained have bloodlines dating back to one of his most legendary dogs, “Zorro.” Sadly, a snowmobile accident that occurred during the 2008 All-Alaskan Sweepstakes ended Zorro’s career.

After months of treatment, which included acupuncture and physical therapy, Zorro was able to walk again but was unable to compete. Public criticism has been leveled at several of Mackey’s kennel procedures, most notably the administration of CBD to his canines. In response to criticism, Mackey defended his treatment strategies and claimed that giving sled dogs CBD accelerates their rehabilitation. In a public statement, PETA denounced Mackey, citing the brutality of dog racing. Their public rebuke came after two of Lance’s dogs passed away during the 2015 Iditarod from unexplained circumstances.

Lance was raised by sled dog mushers in his family. The Iditarod Trail Sled Dog Race was founded by Dick Mackey, who also won the 1978 competition by a one-second margin against Rick Swenson. Rick Mackey, Lance’s half-brother, also prevailed in the 1983 Iditarod Trail Sled Dog Race. On their sixth tries, all three of them triumphed while sporting bib number 13. Mackey has been racing since he was a little boy. According to his father, Lance’s first race was won when he entered his sled when he was old enough to hang on. Technically speaking, Mackey’s first race was completed while still within his mother’s womb, since she finished fourth in the Women’s North American Championships while carrying Lance for seven months. Young Mackey experienced his parents’divorce.

Lance claims that he was frequently arrested as a youngster for various crimes. His mother initially sent Lance to live with her, but eventually sent him to live with his father at the Coldfoot Truckstop. After that, Lance changed careers, first becoming a fisherman and then eventually returning to his first profession as a dog sled musher.

In 2001, Mackey received a diagnosis of throat cancer. Despite this, he competed in the 2002 Iditarod race and refused to let his prognosis hinder his career. He wouldn’t, though, complete the race. Mackey had to withdraw from the event and take a full year off from racing to recover as a result of the side effects of his cancer treatment, which included a feeding tube. His cancer was considered to be in remission following radiation therapy, which caused the deterioration of his teeth. Mackey had to deal with more than just cancer. He also had Raynaud’s syndrome, a disorder frequently brought on by cold.

Mackey had to have his left index finger amputated of his own will because of this syndrome. which gave him excruciating pain in that finger. Mackey was upfront about his struggles with addiction in his private life. Lance announced that he would enter treatment after testing positive for methamphetamine during the 2020 Iditarod. He has also previously discussed his difficulties with cocaine and alcohol. Mackey has had three marriages and two divorces. On October 4, 2020, Mackey’s partner, Jenne Smith, passed away tragically in an ATV accident. Mackey and Smith had two children together, Atigun and Lozen. who were both under the age of five at the time of the horrific accident. At the age of 52, Mackey passed away from throat cancer on September 7, 2022.

In 1990, Carolyn Shoemaker and David H. Levy found asteroid 43793 Mackey at Palomar Observatory, and it was given his name. The Great Alone, an independent feature-length documentary that followed Mackey’s life and career, was made about him in 2015. In 2010, U.S. Senator Lisa Murkowski publicly praised Lance for winning the Iditarod for the fourth time in a row and praised him for his tenacity and dedication in both his personal and professional lives.

How did Marciano Cantero die? Los Ananitos Verdes leader cause of death Revealed