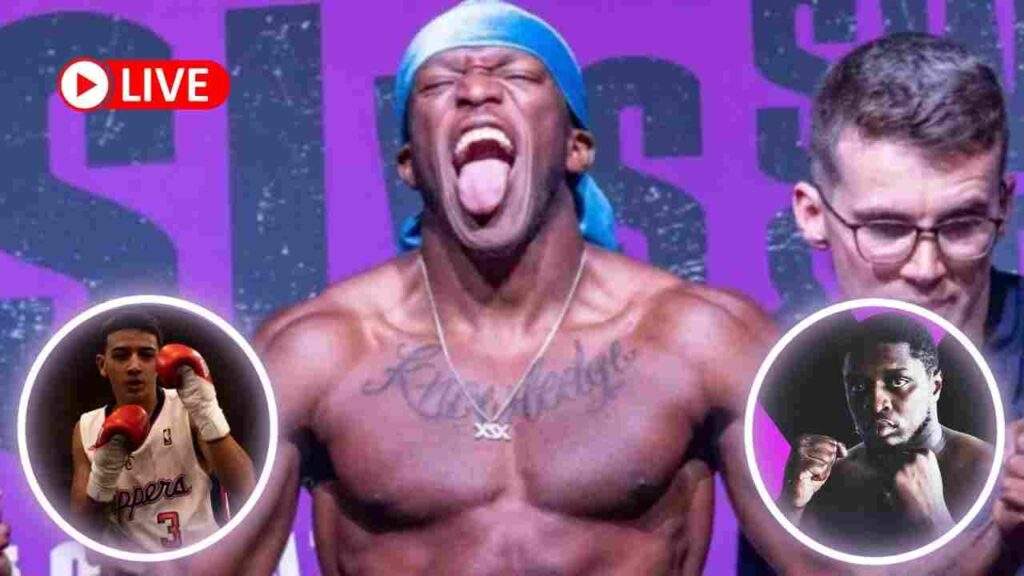 KSI vs Swarmz and Pineda Live: Fans of KSI are in for a treat since the internet sensation is competing twice Today in his eagerly anticipated comeback to boxing. In November 2019, the former YouTuber-turned-recording artist won a rematch against former foe-turned-friend Logan Paul.

This time, he fights professional boxer Luis Alcaraz Pineda and rapper Swarmz on the same evening.

Here you can get all the commentary, and highlights of the KSI vs Swarmz and Pineda. After all few comments on where to watch, fight time, and undercard events in KSI’s main event.

Nobody knows what to make of this one up next, there are over 500lbs between them, but we are sure it will be entertaining nonetheless.

Sam Hyde is a born entertainer.

Wow, he almost boxed like a professional in that one.

That was impressive from Deen the Great.

He finished his business early in round one, and while Evil Hero put up a good fight, especially early on, it was really no contest.

Eubank JR stated he was “Impressed”, and said as far as YouTube boxing goes “That is as good as you are going to see”.

This one is dubbed Tale of the Tape, and we will be underway with it any minute now, as the fighters are in the ring and ready to go.

He was doing twirly spin arounds and stuff… and now I’m ready for the next one.”

KSI won Swarmz by KO in round 2

Two early punches from KSI, and Swarmz immediately looks uncomfortable in the ring.

Swarmz gets a decent right hand on KSI with a swatting punch.

KSI’s name rings around the crowd.

And he sends him to the canvas!

Swarmz is ducking and diving away from KSI, and slips onto the floor.

Swarmz survives round one! Just…

That is just iconic to hear from Michael Buffer.

In quite a contrary fashion, KSI comes out to HUGE applause from the crowd, there is only one winner in it for them.

A giant bottle of Prime, the energy drink company he set up with Logan Paul, accompanies him into the ring.

Swarmz is welcomed into the ring.

There is thunderous booing coming from all directions when he is introduced to the audience.

As he is being questioned by DAZN, KSI is CONFIDENT about this one.

He made the following claim:

“With the spirit bomb, I’m like Goku Bro., soaking up all that energy.

Social media has already noticed how anxious Swarmz appears before this match, but is he actually nervous or in the zone?

When asked for one final message for KSI during an interview with Swarmz on DAZN before to the bout, Swarmz said, “You’re crazy.”

There are only FIVE minutes left till tonight’s co-main match, KSI vs. Swarmz.

Prepare for a thrilling evening of boxing by kicking back, grabbing a refreshing beverage, and some nibbles.

TODAY, 18:45: Louis Theroux within the building

Louis Theroux is one of the greatest stars in the room tonight, among the other notable ones. It makes sense that he is there since he and KSI will soon release a documentary on Amazon Prime.

Before getting into deep,

Fight time in each country

This evening, Sunday, August 27, KSI will face off against Swarmz and Pineda.

At 7.10 p.m. BST, KSI and Swarmz are scheduled to square off before Pineda fights at roughly 10 p.m. BST to close the night.

You can find the fight times for various countries in the section below.

Live KSI vs. Swarmz and Pineda coverage will be available on DAZN PPV.

With the exception of Argentina, Chile, and Colombia, DAZN is accessible through the online browser at DAZN.com and through their app.

Additionally, his brother Deji will compete in the undercard bout against prankster Fousey, hoping to earn his maiden victory.

Meanwhile, according to his manager Mams Taylor, KSI turned down offers totaling $150 million to return to boxing.

He is his own guy, and ultimately, we have established a pretty wonderful balance, according to Taylor. “He’s incredibly happy when he’s practicing boxing, in the recording studio, or playing live. Honestly, life is about happiness; pursue the pursuits that bring you joy. “If I told you guys how many bids we’ve rejected fully, it would be over $150 million in offers.

“That’s okay,” you reply, “because I can tell you from personal experience that no amount of money is worth sacrificing your happiness.”

What time is the ring walks?

Tonight at 7:10 p.m. UK time, KSI will square off against Swarmz to begin his OWN show. At 10 o’clock, KSI will then make a comeback to face Luis Alcaraz Pineda in the main event.

Each bout lasts three rounds of three minutes at the o2 Arena in London. The boxers’ ring walks might take less than or more than 30 minutes of the respected scheduled time.

Boxing newcomers should be knocked out within the first round by KSI. Pineda, a professional with a poor track record, ought likely to pose him with greater difficulties, but it’s hard to wager against the Londoner after his two straightforward victories on Saturday.

Results of the weigh-in between KSI and Pineda vs. Swarmz

On Friday, KSI weighed 180 pounds after a rowdy weigh-in that included a run-in with an old foe named Weller. He seemed to be in great shape. Pineda weighed 179 pounds when the fight began, whereas Swarmz, who consented to the fight with two weeks’ notice, was about 20 pounds heavier and just under the cruiserweight limit at 199 pounds.

The following are the BetOnline.ag odds for the boxing battle between KSI and Swarmz as of August 24th:

KSI has odds of -1800, making it a massive favorite. These odds indicate that KSI has a 94.7% chance of winning the battle. As a +900 underdog, Swarmz has a 10% probability of achieving victory in the contest. The juice is an additional 4.7%.

From BetOnline.ag, these are the odds for the boxing battle between KSI and Luis Pineda (odds take on August 24th). This bout will open the show on Saturday night.

According to these odds, KSI has an implied chance of 80% to win the night’s opening bout. A +300 underdog, Luis Pineda has a 25% chance of pulling off the upset. The juice is the additional 5%.

Who is Swarmz AKA Brandon Scott? 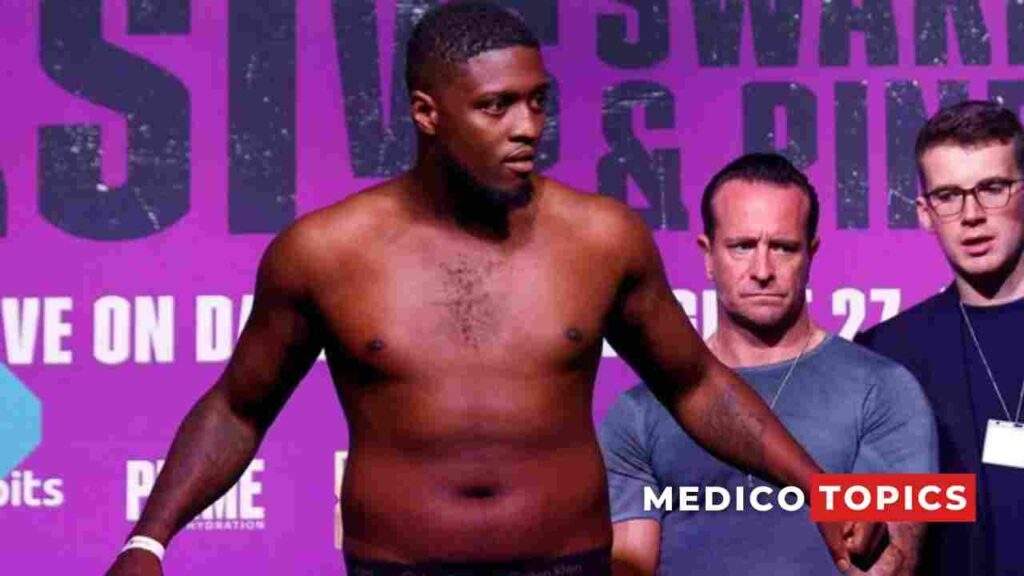 Longtime rival Jake Paul offered KSI a battle, but KSI rejected and said he would instead take on Swarmz, real name Brandon Scott, who is 25 years old. Swarmz has never engaged in combat but is familiar with KSI due to their shared love of music. They both appeared together in the song Houdini by Swarmz.

When Swarmz was younger, he was a talented football player. He played for a short while in the non-league before leaving up the sport to focus on his music career after spending time in the Fulham academy. He doesn’t have any comments about the fight despite having a million Instagram followers.

Swarmz is making his debut in a professional setting. He hasn’t ever boxed before.

Who is Luis Alcaraz Pineda? 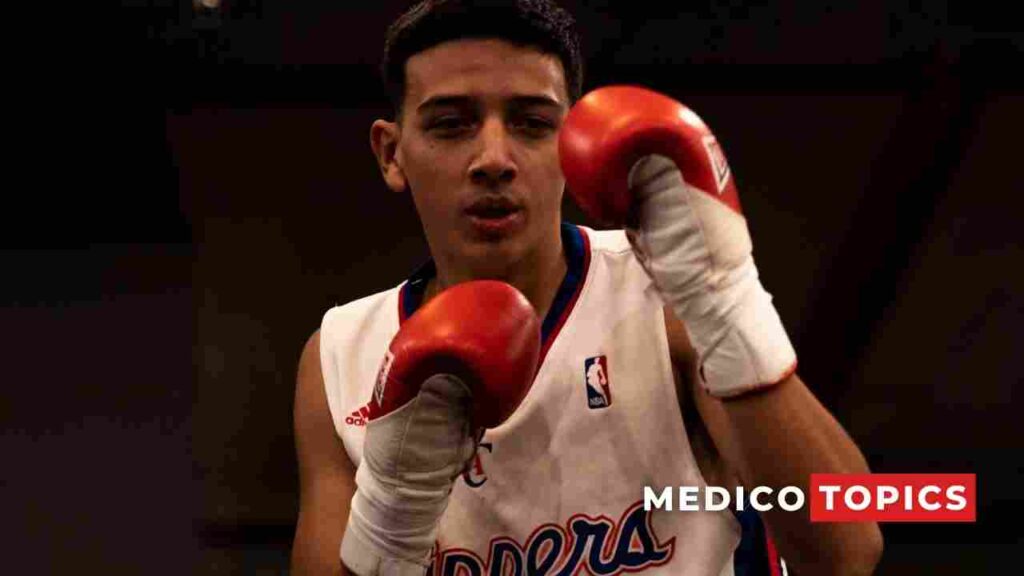 Pineda made his professional debut in 2017, losing before going on to win twice more. He currently has a record of 2-5.

The opening match of the DAZN pay-per-view event at the O2 will have him competing against 25-year-old rapper Swarmz, real name Brandon Scott. After that, he will square off against the unknown, recently brought in 23-year-old Pineda.

Jake Paul made a tweet as soon as KSI revealed his new 2nd opponent, and then he decided to delete the tweet for unknown reasons.

“The latest tomato can make his debut 143lbs. The fans deserve better.”