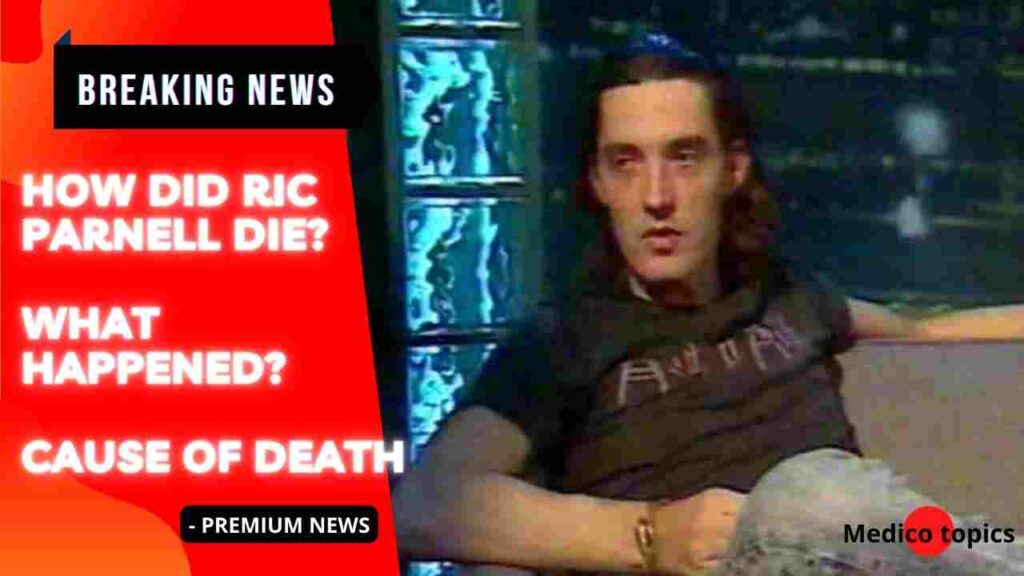 Ric Parnell, the English musician best known for his role as This Is Spinal Tap drummer Mick Shrimpton, has died at the age of 70. Let’s see how did Ric Parnell die.

Who was Ric Parnell?

Ric Parnell is best known for playing Spinal Tap drummer Mick Shrimpton and drumming on their albums “This Is Spinal Tap,” 1984, and “Break Like the Wind,” 1992.

Early in his career, the rocker bounced around bands before joining prog-rock band Atomic Rooster in 1970. He remained with the band until 1974, contributing to the studio albums Made in England and Nice ‘n’ Greasy. During his tenure, the group had two UK hits, “Tomorrow Night” (1970) and “Devil’s Answer” (1971), which peaked at Nos. 11 and 4, respectively.

Following his time with Atomic Rooster, Parnell went on to play with the Italian rock band Tritons, the pop-rock band Stars, and the jazz fusion band Nova. From there, he became a successful session drummer, working on songs by Michael Des Barres and Yes frontman Jon Anderson, as well as Toni Basil’s 1981 album Word of Mouth. That’s Parnell’s drumming on Basil’s classic hit “Mickey.”

Parnell claimed he turned down invitations to join Journey and Whitesnake. His biggest break, however, came in 1984, when he landed a role in the rock mockumentary This Is Spinal Tap.

Throughout the majority of the film, Parnell played Mick Shrimpton, Spinal Tap’s drummer. As depicted in the film, the band had seen a lot of turnover behind the kit, as their drummers died in strange circumstances on a regular basis. Nonetheless, Shrimpton hoped to deviate from the norm.

“When I did join, they told me – they kind of took me aside and said, ‘Well, Mick. ‘It’s like this, you know…'” In one memorable scene, Parnell (as Shrimpton) recalled. “And it did frighten me a little.” But it can’t happen to everyone all the time, can it?”

Despite believing in the “law of averages,” Shrimpton blew up on stage during Spinal Tap’s 1982 tour of Japan.

Parnell contributed to the film’s official soundtrack and remained involved with the band as it transitioned from fictitious to real. When Spinal Tap staged a reunion tour in 1992, Parnell was on stage as Ric Shrimpton, the twin brother of his character Mick, who died in the film. Break Like the Wind, Spinal Tap’s sophomore album was also released around this time, with Parnell providing drums and percussion once more.

How did Ric Parnell die, Ric Parnell died unexpectedly on May 1st. His pal McKenzie was by his side in Montana, making certain he was resting comfortably. But the cause of death has not yet been revealed.

Parnell later relocated to Missoula, Montana, where he hosted a weekly radio show. A GoFundMe page has been set up to assist with the drummer’s funeral expenses.

Since childhood, Ric has been one of John Goodsall’s (Atomic Rooster, Brand X, and The Fire Merchants) best friends. They traveled many roads together over the years, some of which were legal… They’ve known each other since they were 10 years old.

What happened to Ric Parnell?

Ric Parnell was a fighter, weakened morally by Goodsall’s death six months ago, attempting to sit in with BRAND X only recently – and fading away in the last week to receive palliative care and cared for by his former girlfriend and best friend until the very end, which occurred at home. She set up a GoFundMe page so that fans could contribute to his final expenses. Ric Parnell will be greatly missed. They don’t make them like this any longer.

Ric Parnell, our drummer in This is Spinal Tap, passed away today. No one ever rocked harder.

RIP and salut to Ric Parnell, session drummer, Atomic Rooster vet, and even more legendarily, Mick Shrimpton from _This Is Spinal Tap_. This clip (and the three-second failed drum solo therein) just shows how deeply hilarious that film still is.

Sad news about the death at 70 of Ric Parnell, who drummed with everybody from Jeff Beck to Cher and Bette Midler to Ravi Shankar. He also made an unforgettable appearance – and dramatic disappearance – as ill-fated Mick Shrimpton in the classic movie “This Is Spinal Tap”.

R.I.P. Ric Parnell. A Missoula icon. The one drummer to “survive” Spinal Tap. If you tapped your toe to Toni Basil’s “Mickey,” that was Ric. And so much more.

You are entering Heaven today with a great Drum Roll by some of the greatest drummers you are joining. When I hear “Oh Mickey” I will always think of you on the drums. I am saddened to hear the news about my friend Ric Parnell.

I hope we’ve resolved all the doubts about how did Ric Parnell die!