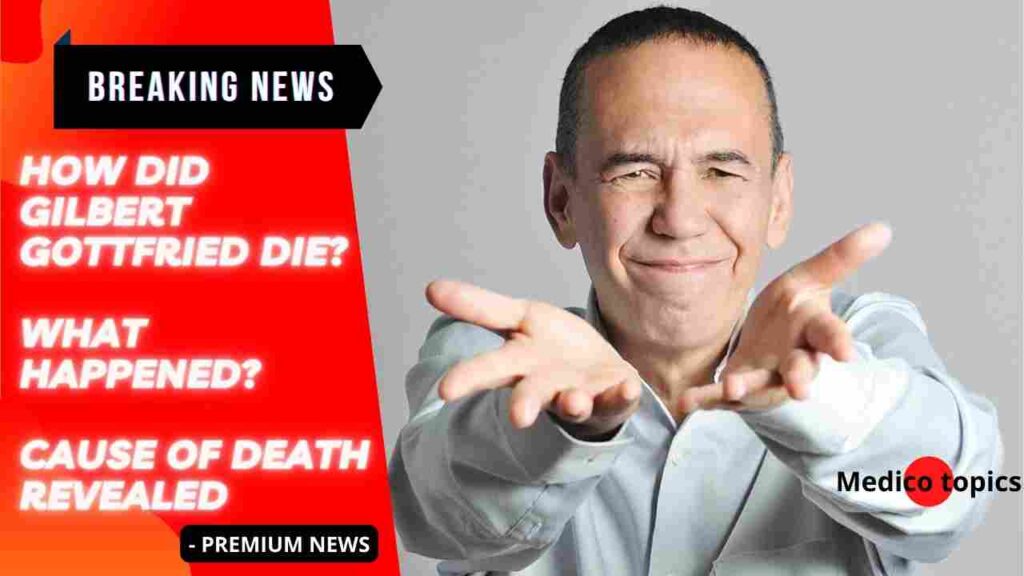 Who was Gilbert Gottfried?

The famous stand-up comedian, who began performing at the age of 15, was best known for his brash persona, which included a distinct stage voice that helped him become a household name.

He was a big fan of doing impressions. According to the Associated Press, managers at the Comedy Store in Hollywood used to let Gottfried do a Jerry Seinfeld impression to clear the bar of any patrons who were taking too long to leave.

Gottfried, a voice actor, added acting to his resume after appearing on television shows and films such as “Saturday Night Live,” “Beverly Hills Cop II,” and “The Aristocrats,” according to his website. He is best known for his portrayal of the sardonic and cunning parrot Iago in Disney’s 1992 film “Aladdin.”

He has appeared on Late Night with David Letterman and The Tonight Show With Jay Leno, as well as the sitcoms The Cosby Show, A Different World, and Married… With Children.

Problem Child and The Aristocrats are among his film credits. He also provided memorable voiceovers for animated films such as the 1992 film Aladdin and the 2002 series Cyberchase.

Gilbert Gottfried Cause of death

Myotonic dystrophy is a muscle disease that is inherited. Prolonged muscle contractions are common symptoms, and the disease can also affect the electrical signals that control heartbeats.

According to The Associated Press, Gottfried is survived by his wife Dara Kravitz and their two children, Lily and Max, as well as his sister Karen and nephew Graham.

Glenn Schwartz, Gottfried’s representative, has since revealed that the actor died of recurrent ventricular tachycardia, an arrhythmia caused by myotonic dystrophy Type 2.

Myotonic dystrophy (DM) is a genetic disorder characterized by progressive muscle wasting and weakness that primarily affects the limbs and face but can have increasingly serious consequences for respiratory, skeletal, and cardiac muscles.

Diabetes patients are more likely to experience irregular heartbeats, such as ventricular tachycardia, an arrhythmia in the lower chambers of the heart (ventricles) that causes the heart to beat faster. A prolonged sped-up rhythm can result in a fatal drop in blood pressure.

Gottfried’s heart condition has been widely publicized for some time.

He canceled a series of live appearances in Montana on the eve of the COVID-19 pandemic in 2020, reportedly because his doctors advised him not to fly during a viral outbreak due to his weakened heart.

What is Ventricular tachycardia? 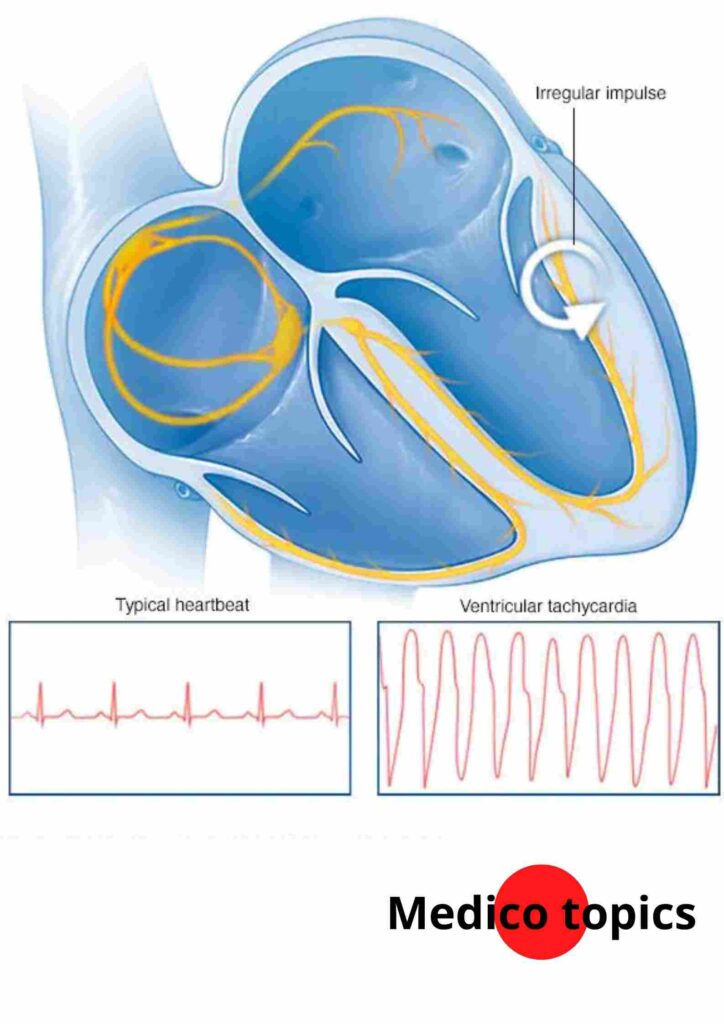 According to the Mayo Clinic, Ventricular tachycardia is a type of heart rhythm disorder (arrhythmia) caused by irregular electrical signals in the heart’s lower chambers (ventricles). This condition is also known as V-tach or VT.

At rest, a healthy heartbeats 60 to 100 times per minute. The heart beats faster in ventricular tachycardia, usually at 100 or more beats per minute.

The rapid heartbeat can sometimes prevent the heart chambers from properly filling with blood. As a result, the heart may be unable to pump sufficient blood to the body. If this occurs, you may experience shortness of breath, lightheadedness, or even loss of consciousness.

When the heart beats too quickly, it may not be able to supply enough blood to the rest of the body. As a result, the organs and tissues may not receive enough oxygen. The following signs and symptoms may occur during an episode of ventricular tachycardia due to a lack of oxygen:

Ventricular tachycardia can be caused by a variety of factors. It is critical to receive a prompt, accurate diagnosis and appropriate care. If you or your child has a problem with their heartbeat, see your doctor. In some cases, immediate or emergency care is required.

If you notice any of the following symptoms, call 911 or your local emergency number:

Ventricular tachycardia is caused by faulty heart signaling, which causes a rapid heart rate in the lower chambers of the heart (ventricles). The rapid heart rate prevents the ventricles from filling and contracting to pump enough blood to the body.

Many factors can cause or contribute to issues with heart signaling that result in ventricular tachycardia. These are some examples:

The following factors influence the complications of ventricular tachycardia:

Ventricular tachycardia can lead to the following complications:

Any condition that strains or damages the heart can increase the risk of ventricular tachycardia. Changes in lifestyle or proper medical treatment for the following conditions and events may reduce the risk:

A person is more likely to develop ventricular tachycardia if they have a family history of tachycardia or other heart rhythm disorders.

This irregular rhythm is more common in people who have heart disease or have had a previous heart attack. It can also happen to people who have electrolyte imbalances (such as high or low potassium levels).

Ventricular fibrillation can result in sudden cardiac arrest and death if not treated promptly.

Take the following precautions to keep your heart healthy:

Maintain a healthy weight by exercising: Obesity raises the risk of developing heart disease. Aim for at least 30 minutes of moderate exercise per day as a general goal.

Consume a well-balanced, nutritious diet: A diet rich in fruits, vegetables, and whole grains that is low in saturated and trans fats promotes heart health.

Don’t experiment with illegal drugs: Don’t use stimulants like cocaine. If you need assistance in stopping drug use or misuse, speak with your health care provider about a program that is right for you.

Consume alcohol in moderation: If you must consume alcohol, do so in moderation. That equates to up to one drink per day for women and up to two drinks per day for men in healthy adults. Some people may need to abstain completely from alcohol. Inquire with your doctor about how much alcohol, if any, is safe for you.

Quit smoking: If you smoke and are unable to quit on your own, speak with your health care provider about strategies or programs to assist you in breaking the smoking habit.

Caffeine should be avoided: Caffeinated beverages should be consumed in moderation (no more than 1 to 2 beverages daily).

Use caution when taking over-the-counter medications: Some cold and cough medications contain stimulants that can cause an increase in heart rate.