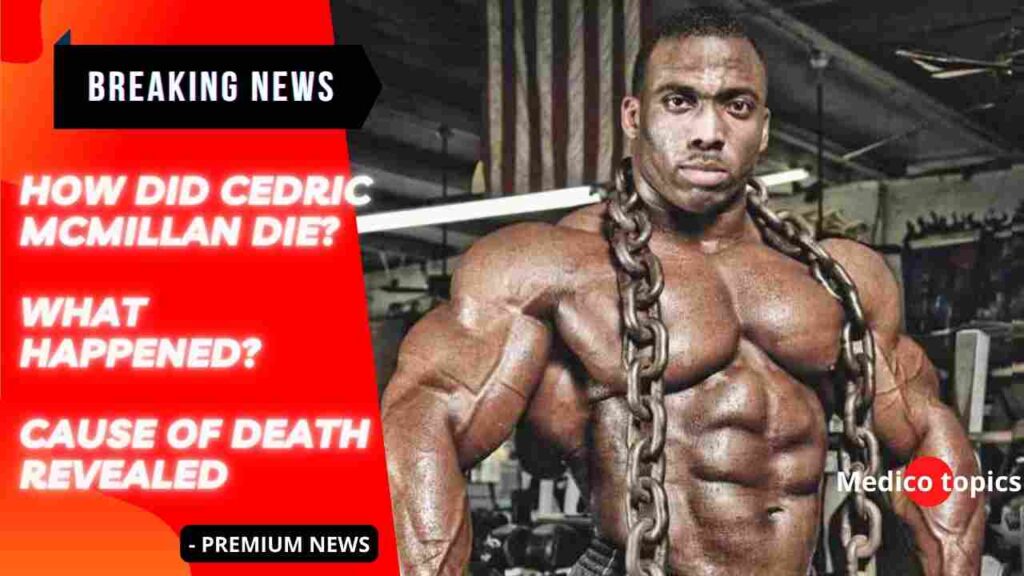 Cedric McMillan, the 2017 Arnold Classic winner, passed away on April 12, 2022. McMillan’s longtime sponsor, Black Skull USA, announced the news on their Instagram account. The bodybuilder in the Men’s Open division was 44 years old. Let’s see how did Cedric McMillan die.

Who was Cedric McMillan?

McMillan is regarded as one of the best bodybuilders in the world, earning him the moniker “The One.”

Cedric McMillan, born on August 16, 1977, grew up wanting to build “big muscles.” In addition to his professional bodybuilding career, the South Carolina native served in the United States Army.

According to Muscle Memory, McMillan’s first bodybuilding competition was the 2007 NPC South Carolina State contest, where he finished first overall. He achieved his goal of becoming an IFBB Pro League member by winning the overall at the 2009 NPC Nationals.

He won for the first time at the 2011 Orlando Show of Champions. In 2012, he followed that up with a win at the New York Pro. Despite having qualified for the Olympics both years, he chose not to compete.

Many people believe that 2013 was his breakthrough year. After finishing sixth at the Arnold Classic, he won the FIBO Germany contest and made his Olympia debut. That year, he finished 12th on the biggest stage in bodybuilding.

McMillan’s next victory came in 2015 at the Golden State Pro. However, he did not compete in Olympia that year. He won the Levrone Classic Poland in 2016 and finished seventh in Olympia.

McMillan’s most notable victory came at the Arnold Classic in Columbus, Ohio. McMillan, who is said to weigh 280 pounds, won dominantly. He is well-known for his amusing victory speech and for posing with Arnold Schwarzenegger.

Even though he did not win a show to qualify for the 2019 Olympia, he was given a special invitation to compete. He’d come in seventh place. McMillan’s final victory came at the 2019 Grand Prix Hungary, earning him a spot in the Olympics in 2020.

He did, however, decline to compete in that event as well as the Arnold Classic in 2021. In November 2021, he made a guest posing looks in Alexandria, VA, and revealed that he would participate in the 2022 Arnold Classic. However, due to health issues, he was forced to withdraw from the competition. (In the end, Brandon Curry won the competition.)

Cedric McMillan’s cause of death

McMillan followed up his declaration with an Instagram post on February 28, 2022, in which he revealed that he was suffering from stomach problems. It’s unclear whether those concerns are related to his alleged death.

How did Cedric McMillan die: Cedric McMillan, a professional bodybuilder, died at the age of 44 after suffering from heart problems. After months of health issues, his sponsor, Black Skull USA, confirmed his death on Tuesday.

Although the cause of death has not been confirmed, various sources have told Generation Iron that he died of a heart attack while training on a treadmill.

Cedric McMillan, the 2017 Arnold Classic winner, passed away on April 12, 2022. McMillan’s longtime sponsor, Black Skull USA, announced the news on their Instagram account. The bodybuilder in the Men’s Open division was 44 years old.