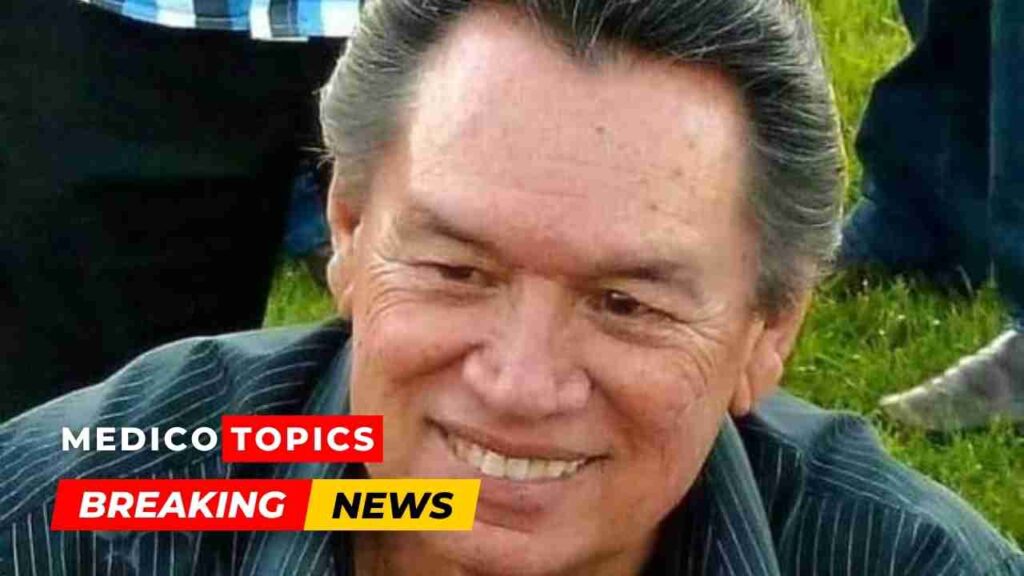 Armond Morales, a member of the famous band, The Classic Imperials passed away on December 5, 2022. Let’s see, how the Imperials singer died and Armond Morales cause of death in detail.

How did Armond Morales die?

Classic Imperials announced the death of its member, Armond Morales on its Facebook page and the message reads,

“Today we mourn the loss of our beloved Armond Morales. He is walking on the streets of gold into the arms of Jesus on Monday, December 5th, 2022. He gets to hear the words, well done a good and faithful servant!” Says Bonnie, Armond’s wife for 52 years.”

“Even though Armond was no longer part of the public team, he was always available with his wonderful advice and encouragement.”

“We all knew Armond’s countless accolades. But, the accolade he was most committed to, was his family. Bonnie and Jason, We are here for you. We are loving you and pray for you. To our dear Armond… Life is such a short -dash-. Today you are standing in the Presence of The King. We will miss you until we join you once again for a great reunion. The Imperials, Paul Smith, Rick Evans, Ron Hemby”

Armond Morales Cause of death:

Armond Morales passed away on December 5, 2022 at the age of 90. Bonnie, Armond’s wife confirmed the death of Armond Morales. The Classic Imperils also shared their condolences for its member. The fans and followers of Armond Morlaes shared their tributes in the social media after the demise news broke out.

ARMOND MORALES of the legendary IMPERIALS has passed … There has never been a smoother bass singer … #RIPARMOND until the promised day … pic.twitter.com/Ml6gCo9n5j

It is believed that Armond Morales passed away naturally. Medico topics have been trying to reach out to the family and relatives for comment on the incident. So far no responses have been received. We will update the page once enough information is available. More information on the Armond Morales cause of death will be added soon.

Who was Armond Morales?

Armond Morales was born on Thursday, February 25th, 1932. He owned and managed the Imperials through every transition, from the very beginning. Armond retired from Imperials five years ago.

Armond Morales is a founding member of The Imperials / Classic Imperials and served as president for 40 years. Throughout the group’s long history, his smooth, rich tone helped to define its sound. During his time, Armond traveled to 21 different nations, recorded 42 projects, and won 17 Dove Awards and 4 Grammy Awards.

Armond’s career in gospel music, which culminated in his induction into The Gospel Music Hall of Fame, sets the stage for this historic organization by allowing millions of people to enjoy one of the country’s most illustrious and renowned figures in Christian music.

Morales has retired from routine touring with the group and now works with his wife Bonnie in a nationally recognized healing ministry.

Armond and Bonnie make a great couple and have developed complete trust in God. Armond has recorded 42 Albums and 463 Songs just with The Imperials, not counting the 14 years he sang with The Weatherfords and the numerous albums he recorded with them and other Artists. It’s safe to say he has recorded over 1,000 songs!

Rambling Ever On tweeted,

Gonna listen to the soulful and smooth bass vocals of Armond Morales of @TheImperials in honor of his Homegoing. “Wings of Love” from their album “This Year’s Model” seems appropriate.

Today a dear and trusted brother in Christ went to be with Jesus. Armond Morales, you will surely be missed by me and countless others that you have blessed and helped in your lifetime. There will never be another you. Your smile and joy and your faith have led so many to Jesus.

@joebonsall I heard Armond Morales of the Imperials passed. David Will went to heaven a few months back. One time I won tickets to their concert in Baton Rouge. Paul Smith had just joined the group. Jim Murray was still with them. David Meece was the opening act.

Replying to @oakridgeboys. RIP ARMOND MORALES FLIES HIGH WITH THE ANGELS. MY HEART GOES OUT TO HIS FAMILY, TRUE FRIENDS, AND FANS. GOD WILL HEAL YOUR HEARTS DURING YOUR TIME OF MOURNING.

Big God just got a Big Voice! Sing on, dear friend! Armond Morales. One of the heroes. And what a voice, even on a voicemail… #Imperials

ARMOND MORALES of the legendary IMPERIALS has passed… There has never been a smoother bass singer… #RIPARMOND until the promised day.

How did Colin Cole die? Australian comedian cause of death explained