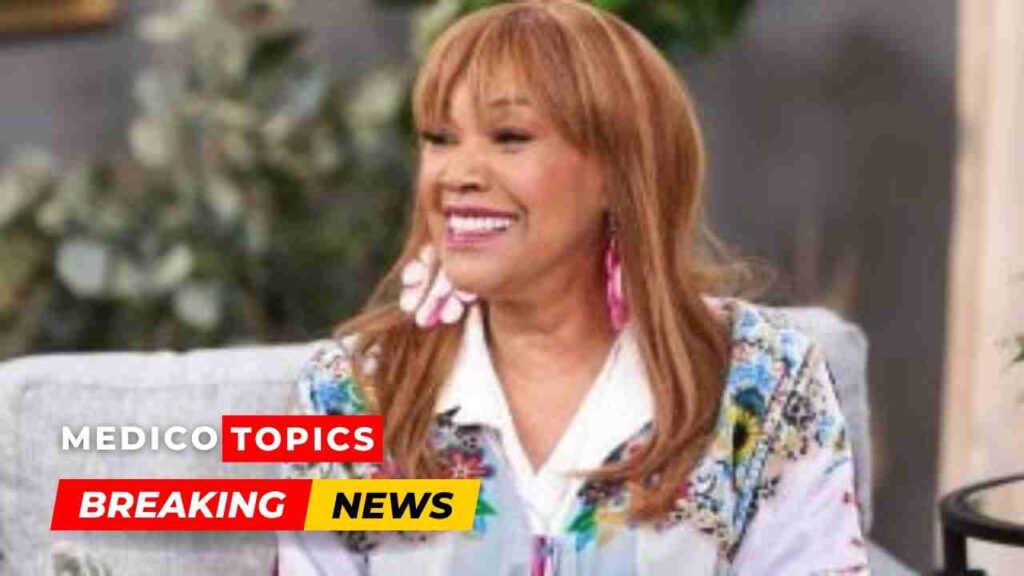 The Pointer Sisters member Anita Pointer passed away at the age of 74. Let’s see, how did Anita Pointer die and her cause of death in detail.

How did Anita Pointer die?

Anita Pointer, the founding member of “Pointer Sisters”, passed away on December 31, 2022, according to her family.

Publicist Roger Neal stated, “She was surrounded by family at the time of her death.

Anita is survived by her sister Ruth Pointer, brothers Aaron and Fritz Pointer, and her granddaughter Roxie McKain Pointer.

Anita’s passion and joy were rearing Roxie, her first grandchild, after the death of her only daughter, Jada Pointer, in 2003.

In honor of Jada, the Pointer Sisters also wrote the wildly successful song “Jada” in tribute to Anita’s daughter. Read on to know more about her cause of death…

Anita Pointer cause of death:

Anita Pointer, a member of the Pointer Sisters passed away peacefully at the age of 74.

Roger Neal, her publicist, said,  “Anita Pointer passed away on Saturday while being surrounded by her family at her Los Angeles home.” Anita Pointer cause of death was cancer, Nael said.

Her daughter Jada, who died in 2003 also had pancreatic cancer.

“While we are deeply saddened by the loss of Anita, we are comforted in knowing she is now with her daughter, Jada, and her sisters June & Bonnie, and at peace. She was the one that kept all of us close and together for so long.”

Her love of our family will live on in each of us. Please respect our privacy during this period of grief and loss. Heaven is a more loving, beautiful place with Anita there.”

Who was Anita Pointer?

Growing up, Anita and her sisters sang in their father’s church. Anita sang alto sax in the McRae High School band in the tenth grade.

She left her position as a secretary in 1969 to form the POINTER SISTERS with her younger sisters Bonnie, June, and Ruth.

Anita and Bonnie wrote “Fairytale,” from their 1974 album That’s a Plenty, which moved from the country charts to the pop charts.

The Pointer Sisters were the first African American group to perform on the Grand Ole Opry, and in 1973 their debut album gave them the hit single that peaked at #11 on the Billboard charts.

In addition, they were the first contemporary act to perform at the San Francisco Opera House.

Anita also mentioned how happy she was when Elvis first recorded Fairytale and began performing it till his passing in 1977.

The Pointer Sisters made their acting and singing debuts in the 1976 movie Car Wash with Richard Pryor.

They collaborated with music producer Richard Perry and altered their style with singles like “Fire,” which reached #2 on the charts and was certified gold!

With singles like “Jump” and “Automatic,” their “Breakout” album went triple platinum and brought them two American Music Awards. This was their best-selling album of all time.

For their top 10 single “Automatic,” which shot to #5 on Billboard and made them one of the first black bands to be heavily played on MTV, they received two further Grammy Awards (for my love).

“Too Many Times,” a duet that Anita made with country music legend Earl Thomas Conley in 1986, peaked at #2 on the Billboard country charts.

In 1994, The Pointer Sisters were honored with a star on the Hollywood Walk of Fame and three Grammy Awards.

Between 1973 and 1985, The Pointer Sisters scored 13 top 20 hits in the US. Anita and her sisters appeared on series like The Carol Burnett Show, Sonny & Cher, Flip Wilson, and Love Boat to name a few.

RIP Anita Pointer of The Pointer Sisters. This leaves Ruth Pointer as the sole surviving original member of the legendary group.

I just got the news my amazing and beautiful friend, family Anita Pointer has passed away. This one hurts! Please lift up the family with prayers. Auntie, you will be missed.

This is why I’m ready for 2022 to be gone…. Rest in peace to this Queen that brought so much joy to my family with her music… #anitapointer

OMG, the icons in my life are all going away, faster now than ever before. Rest easy Anita Pointer, thank you for sharing your talents with us. Condolences to her family.

I am so heartbroken about my friend Anita Pointer of the Pointer Sisters passing today. Lead singer of hits like I’m So Excited, Fairytale, Yes We Can Can, and many more. She was simply the best. I’ll never forget your huge hug to this huge fan!! RIP! And I’m So Excited I just can’t hide it. Heaven just received an angel !!!