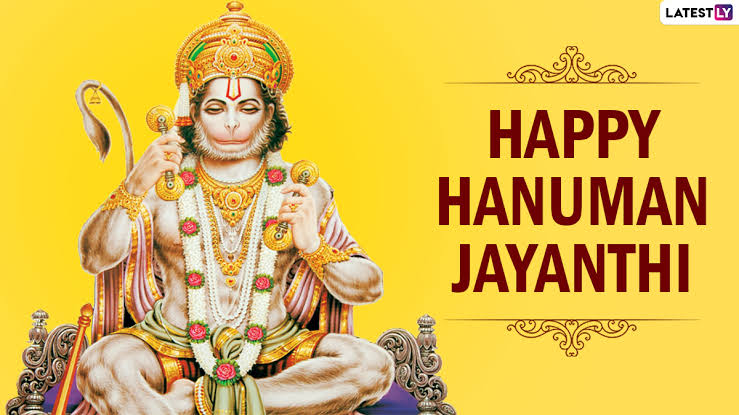 The birth anniversary of Lord Hanuman, known as Hanuman Jayanthi, is commemorated on various days across the world. Lord Hanuman was born on the Amavasai (Amavasya Tithi – New Moon day) while Moola Nakshatram was in action in the month of Margazhi, according to the Tamil calendar (Margashirsha). As a result, Hanuman Jayanthi will be celebrated today this year.

Timings for Amavasai Tithi and Margashirsha 2022

Devotees do poojas and Abhishekam on Hanuman Jayanthi. For the Abhishekam, raw milk, Chandan, and other sacred objects are presented. Interestingly, priests in several temples apply a thick layer of white butter to Lord Hanuman’s image. And, because Medu Vadai is the Lord’s favourite dish, garlands braided with it are also presented.

Even at home, devotees offer prayers to Lord Hanuman. For Naivedhyam, sweets, fruits, and Medu Vadai are frequently cooked. Shlokas, Mantras, Hanuman Chalisa, and other hymns devoted to him are also recited throughout the celebrations.

Anjani Devi and Kesari underwent hard penance in order to obtain Mahadev’s (Lord Shiva’s) blessings and to desire for a child. And their commitment paid off. Lord Hanuman is also known as Pawan Putra since Lord Vayu (Pawan) transported Lord Shiva’s blessings (the son of the God of Wind). And, oddly enough, some tales claim that Lord Hanuman is Lord Shiva’s eleventh incarnation.

Lord Hanuman, also known as Maruti or Anjaneya, is honoured for being Shri Rama’s devoted follower. He was instrumental in rescuing Devi Sita (Shri Rama’s spouse) from Lanka, where she was imprisoned by Ravana, the demon king.

Regardless, Lord Hanuman is a Chiranjeevi, which means “immortal.” Devotees believe he exists now, and those with unwavering faith may sense his presence.

Happy Hanuman Jayanthi to all those who are enjoying this auspicious day.