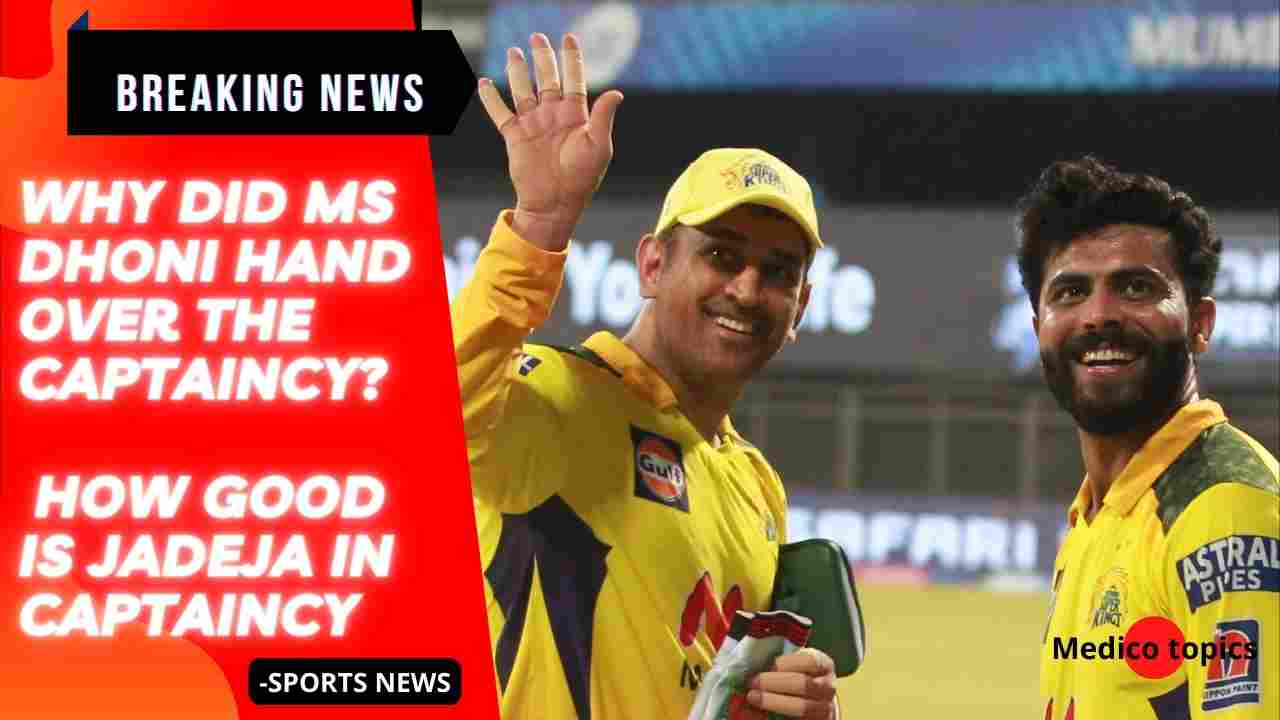 Why did MS Dhoni hand over the Captaincy?

Why did Dhoni leave the Captaincy: Mahendra Singh Dhoni, the legendary wicketkeeper-batter, has stepped down as captain of the Chennai Super Kings (CSK). He has decided to delegate team leadership to all-rounder Ravindra Jadeja.

On Thursday, the franchise took to social media and issued an official statement to reveal the change in leadership.

Why did Dhoni leave the Captaincy: According to ESPN Cricinfo, Chennai Super Kings CEO Kasi Viswanathan mentioned that Dhoni desired a smooth leadership transition and believed Jadeja was ready to take the reins. It has also been revealed that Dhoni made his decision during a team meeting on Thursday before the squad left for training.

“MS Dhoni was considering it,” Viswanathan said. “He felt it was time to hand over the captaincy to Jaddu [Jadeja].” He believes Jaddu is also at the peak of his career and that now is the ideal time for him to lead CSK. “What’s best for the franchise has to be in the back of his mind,” he added.

They have the most appearances in the IPL playoffs (eleven) and the Final (nine). CSK has the highest match win percentage of any team in the IPL (64.83 percent ).

When CSK was suspended for two years – in 2016 and 2017 – as a result of the spot-fixing scandal, Dhoni played for the Rising Pune Supergiant. He was the team’s captain for the first season, but he was replaced by Steve Smith the following year.

While the franchise returned in 2018 after the ban, Dhoni had one of the golden times with the bat in IPL history. He helped CSK win their third title by scoring 455 runs at a strike rate of 150.66.

Why did Dhoni leave the Captaincy: With Dhoni stepping down, the defending champions will open their season against last season’s runner-up Kolkata Knight Riders (KKR) on Saturday at the Wankhede Stadium.

How good is Jadeja in Captaincy?

Ravindra Jadeja, arguably the best all-rounder across all formats of the game, is a match-winner with both the bat and the ball. The added responsibility of captaining the team will help him mature into a more responsible contributor to the team.

With 2386 runs and 127 wickets, Jadeja is unquestionably the best man to take on the role of captain because he can contribute in all aspects of the game.

Ravindra Jadeja received a lot of encouragement from MS Dhoni during his early years as an Indian cricketer. The going was not always easy, but he had a captain who believed in his abilities in Dhoni.

Jadeja has repaid this trust over time. He has developed into a match-winner for India and CSK in all three formats. He has a great rapport with MS Dhoni and has played a lot of games under his captaincy to understand the nuances of any game.

CSK also retained Jadeja for a whopping INR 16 crore, making him their highest-paid signing for this season because Dhoni refused to take this position.

3. A position on the team is a guarantee

Ravindra Jadeja is arguably the best all-rounder in the sport right now, and he’s been a constant in the CSK camp. There is no doubt about his own position on the team, as well as his significance in the grand scheme of things. He has a great rapport with the players, owners, and management, which should make him a good captain for the team.

Aside from that, with a guaranteed place in the starting XI, Jadeja will be able to call the shots with great precision and can lead by example when the going gets tough.

[…] Why did Dhoni leave the Captaincy? How good is Jadeja in Captaincy? […]