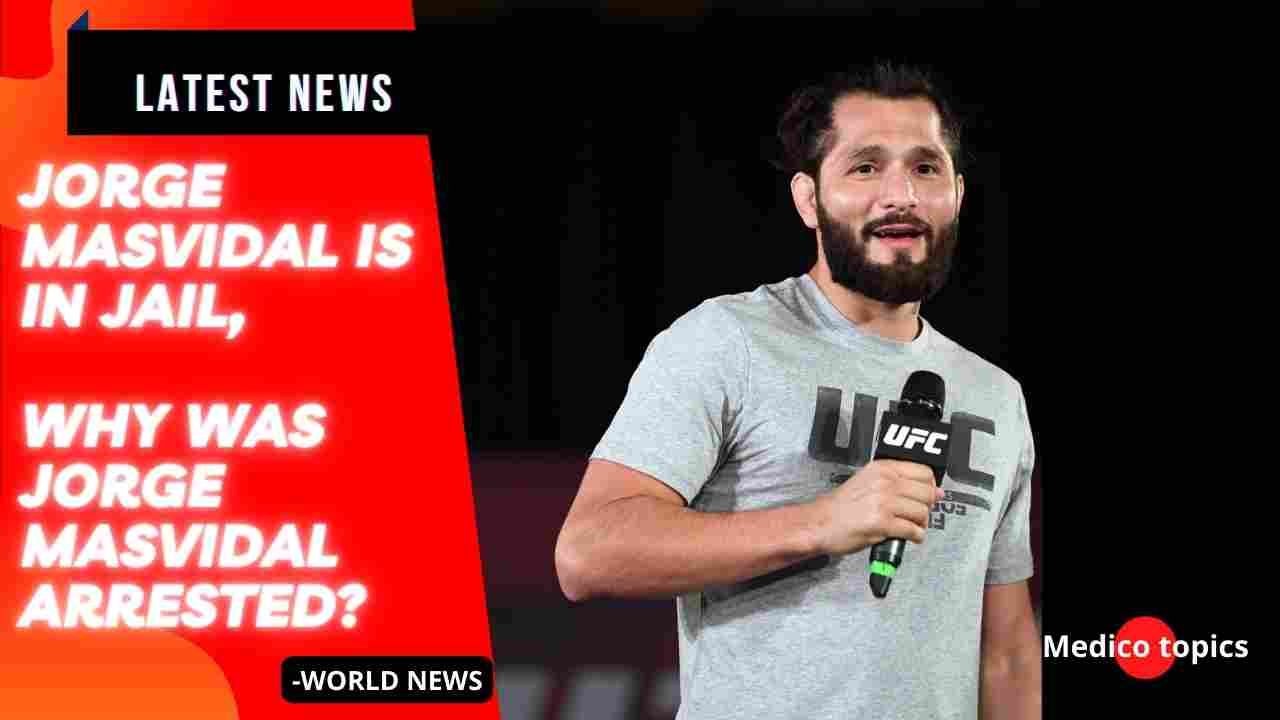 Jorge Masvidal is in Jail: Jorge Masvidal was arrested and charged in connection with his alleged assault on Colby Covington in Miami Beach, Florida.

Why was Jorge Masvidal arrested?

Jorge Masvidal is in Jail: Masvidal was arrested on charges of aggravated battery/great bodily harm and criminal mischief, according to online records. He is currently being held in Miami on a $15,000 bond.

Masvidal could face significant time in prison if convicted of the current charges, as aggravated battery is a second-degree felony punishable by up to 15 years in prison and/or a $10,000 fine. Criminal misbehavior can also result in jail time and/or fines.

Masvidal’s arrest follows an alleged altercation outside Papi Steak Restaurant late Monday night, where Covington was having dinner with The Nelk Boys, a famous podcast group that attends UFC events.

Police responded to a call and stated in a report that the victim, identified as Covington by MMA Fighting, told authorities that he was exiting the restaurant when the alleged attacker ran up and punched him twice. The assault resulted in a fractured tooth and an abrasion on Covington’s wrist.

Covington identified Masvidal as his alleged attacker, claiming that the veteran UFC fighter yelled during the altercation, “you shouldn’t have been talking about my kids.” Covington said he recognized Masvidal’s voice and the hair poking out from under his hoodie.

Later that night, Masvidal appeared to address the altercation when he posted a video on Twitter with the caption “call this the show your face challenge… Hello, I’m from Dade County. If you’re going to talk that s***, you’ve got to back it up. That’s how my city operates.”

Masvidal addressed the situation during a meeting with the Nevada State Athletic Commission on Wednesday, where he tabled an application he had pending for a promoter’s license in the state.

“I had a mutual combatant with another athlete, and you know, I can’t say much more on this, but if we could table [the application] for later, that would be incredible,” Masvidal explained.

Masvidal was not charged with any crimes at the time, but that changed late Wednesday night when he was taken into custody and arrested by the police.