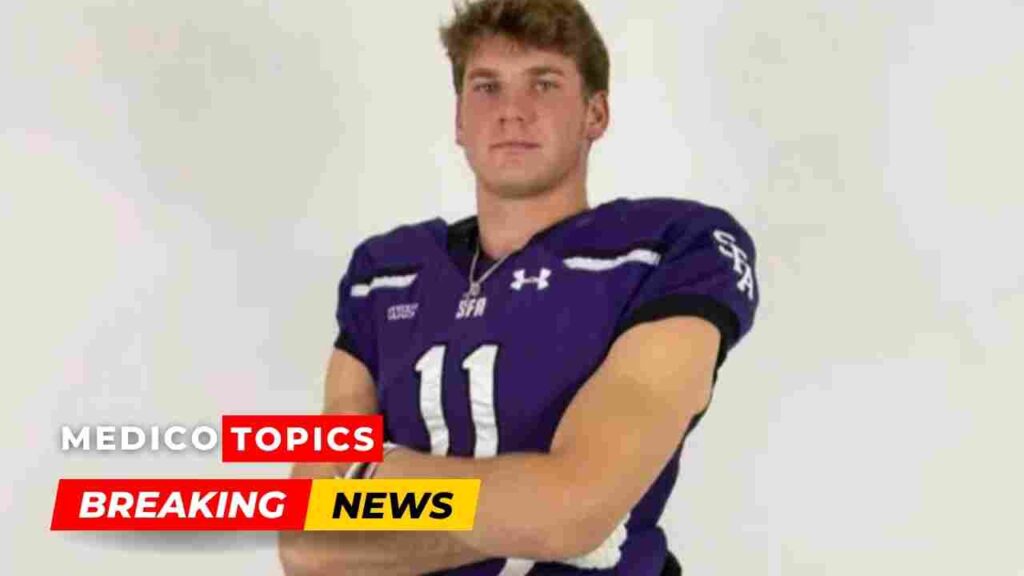 How did Graylan Paul Spring die?

According to a statement from the SFA Athletic Department, a second year Stephen F. Austin State University student-athlete, Graylan Paul Spring, passed away from wounds sustained in a two-vehicle collision on U.S. Highway 59 just north of Corrigan on Friday afternoon.

According to a news statement from the Corrigan Police Department, wide receiver Graylan Paul Spring, 19, of Austin, was flown by helicopter on Friday while in serious condition to HCA Houston Healthcare Conroe. His mother posted on social media that he passed away on Saturday night.

“We are saddened to inform that Graylan passed away Saturday, January 21, 2023, following a tragic car accident. A heartfelt thank you to the first responders and ICU staff at HCA Conroe for their valiant efforts and compassionate care.”

All are invited to a candlelight vigil that will take place at Homer Bryce Stadium in Nacogdoches on Monday at 7:30 p.m.

The institution reports that another 18-year-old student Micah Alan McAfoose, a former member of the SFA baseball team, also passed away as a result of injuries sustained in the collision.

“Graylan and Micah were two special people who meant so much to Stephen F. Austin, our football and baseball programs and our athletic department. We ask that everyone keep their families in your prayers during this very difficult time.”

We are heartbroken over the passing of Micah and Graylan.

Our prayers are with their families during this difficult time.

According to a news release from the Corrigan Police Department, McAfoose was driving a 2007 Nissan Versa southbound on U.S. Highway 59 in Corrigan with Spring as his passenger when an 18-wheeler made a left turn heading northbound from Plant Road.

The 18-wheeler’s trailer was damaged when the Nissan hit it, trapping the vehicle beneath. According to the press release, McAfoose “succumbed to his injuries on impact.” Spring was flown by chopper to HCA Houston Healthcare Conroe, where his condition was reported as critical.

While Corrigan police were unable to identify the identity of the 18-wheeler’s driver on Saturday night, Antonio Sandoval Jr., 68, of Diboll, was named as the driver in a Polk County Today report that claimed he allegedly refused to yield to the oncoming car.

The Corrigan Police Department is still looking into the crash, which also received assistance from the Texas Department of Public Safety and the Corrigan Volunteer Fire Department.

Who was Graylan Paul Spring?

Graylan was adored by a large number of people and lived his life with a kind smile and a pure heart. He will always be remembered and sadly missed.

“Micah was a very special person who always had a smile on his face.  He was one of the most fun-loving kids we have ever had in our program.  He will be missed by our players and staff.”

“Our hearts are broken at the loss of Graylan, and our prayers go out to the amazing Spring family.  What a tremendous loss for those of us fortunate to know Graylan.  He was a true champion, both on and off the field, and his legacy will love on forever within the Lumberjack football program.”

Kindly use the comment box below to honor the death of Graylan Paul Spring by leaving a tribute.

Who was Huu Can Tran? Dangerous suspect commited suicide after shot and killed 10 people at monetary park

How did Simon Dunn die? Former Australian bobsledder and rugby player cause of death explained