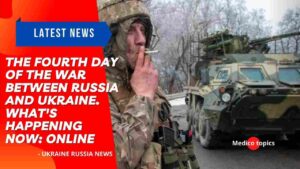 Fourth day of War: The fourth day continues the war of Russia against Ukraine. The troops and equipment of the aggressor got close to the capital, but Kyiv holds the line. Kharkov, Nikolaev, Sumy remain under the control of Ukraine. In the northern, northeastern, eastern and southern regions of our country, battles with the occupier continue.

17:44 Foreign Minister Dmitry Kuleba: a real people’s war is going on in Ukraine, Ukraine will not fall:

17:32 In Kharkiv, Zhytomyr, Rivne, Chernihiv and Volyn – an air raid alert, everyone urgently needs to go to shelters

17:11 More than a hundred thousand people took to the action in support of Ukraine in Berlin. 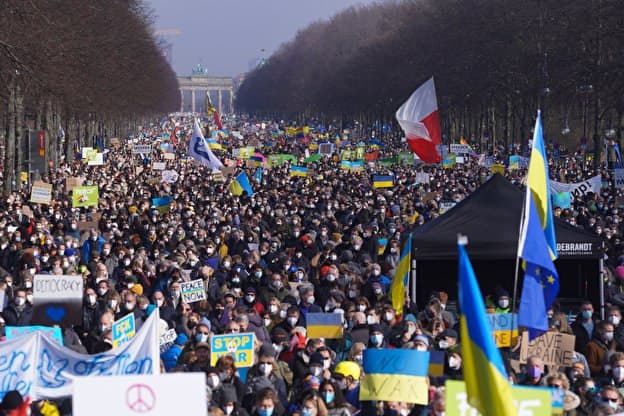 17:05 Up -to-date map of railway communication and station operation. 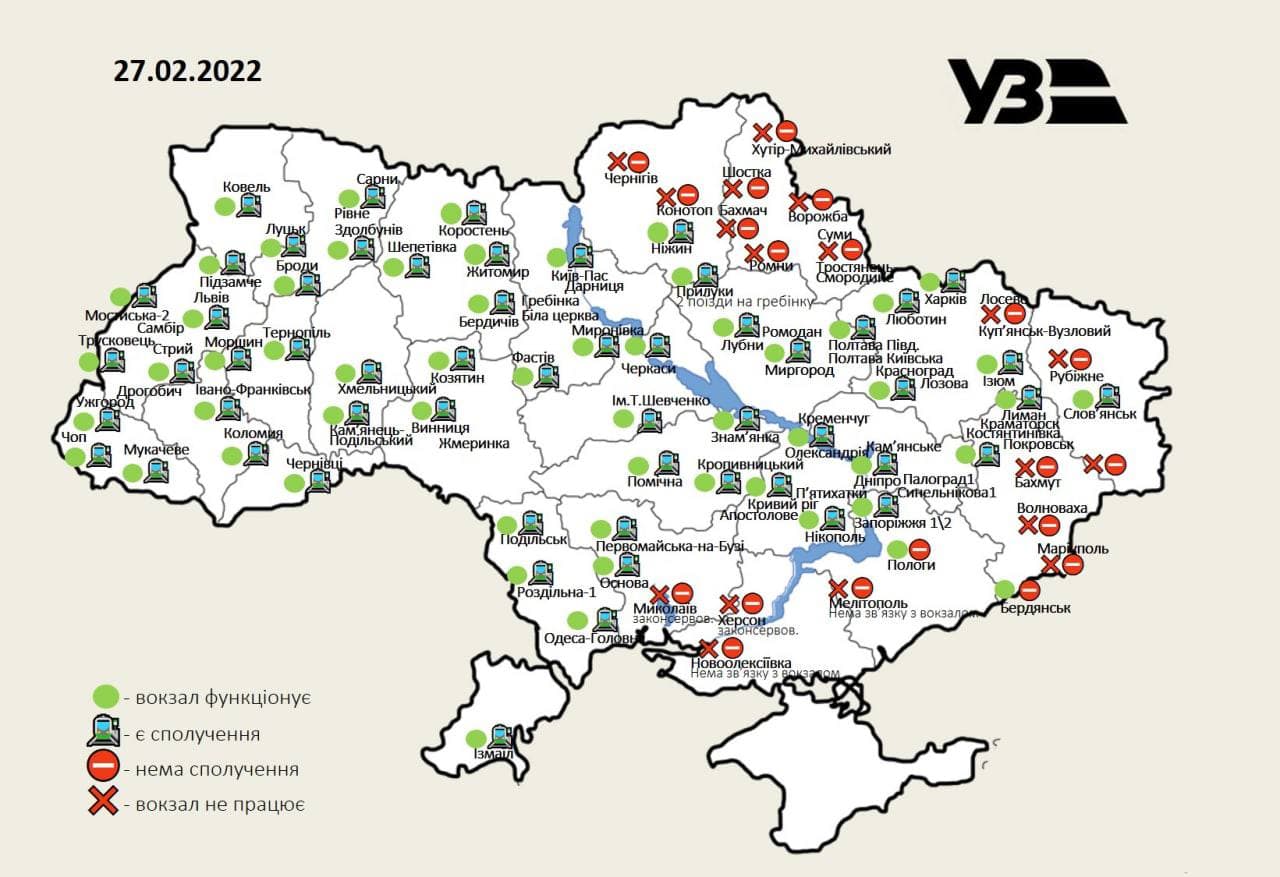 16:55 In Shevchenkove, Kharkiv region, two soldiers of the occupying forces were detained, who themselves came to the police station to ask for diesel fuel for stalled equipment. 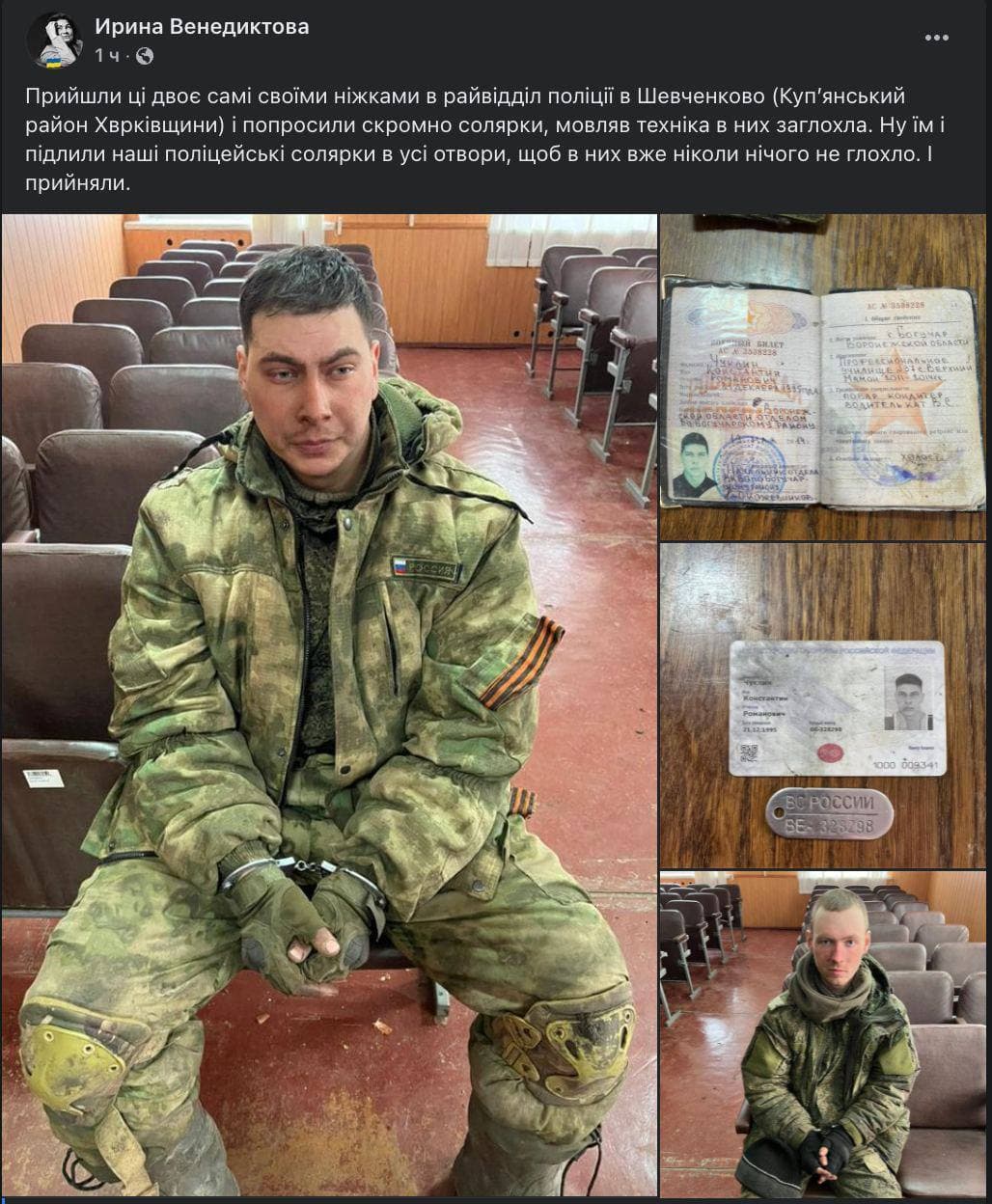 16:45 Russian troops approached Energodar. Enemy sabotage and reconnaissance groups have already been discovered in the city.

16:40 Canada and France have closed their airspace to Russian aircraft.

16:36 The State Special Communications Service is checking the information that the Ukrainian An-225 Mriya aircraft, one of the largest aircraft in the world, burned down in Gostomel.

16:24 The Ukrainian delegation has already left for negotiations with Russia .

16:10 Gerashchenko warns of provocations by the Russian military. They can go to towns and villages near Kyiv, collect women and children for alleged evacuation. In fact, the occupiers are planning to use them as a “human shield” to break into Kyiv.

16:00 The Ukrainian delegation will meet with the Russian one without preconditions at the Ukrainian-Belarusian border, near the Pripyat River. Lukashenka took responsibility for the fact that during the trip back and forth, and negotiations, all missiles, helicopters and planes will remain on the ground.

The occupiers have been trying to break into Kyiv for the third day. The forces of the Armed Forces of Ukraine and the terrorist defense catch sabotage groups in the city, but the equipment and troops of the Russian Federation did not enter the capital. At the moment, there is a curfew in Kyiv, which will end on Monday, February 28, at 08:00.

Yesterday, February 26, late in the evening, an air raid alert was announced in Kyiv, all residents were urged to go down to the bomb shelters.

Russia fired cruise and ballistic missiles at Vasilkov near Kiev. As a result, near the village of Kryachki, Fastovsky District, a storage facility with oil products at the KLO base caught fire as a result of shelling. Later, the State Emergency Service reported that there was no threat to people.

Equipment and troops of the Russian Federation are moving towards Kyiv from the north-west. In Gostomel, Bucha and Irpen, fighting takes place, explosions are heard and air raids are periodically announced. According to the mayor of Irpen, the city was recaptured and it is under the control of the Armed Forces of Ukraine. In addition, the SBU intercepted the conversation of Russian soldiers who reported somewhere that they had been beaten, there were many wounded and dead, and they needed help.

A large number of military equipment was seen by local residents in Borodyanka, Kiev region. Explosions are also heard there and battles periodically take place.

Rocket attacks are periodically carried out in Kharkov, enemy tanks entered the city today. There was evidence that Russian troops were suffering losses. The night in the city was hard. There were reports of a gas pipeline explosion, but the information was not confirmed. Street fighting continued for several hours. Later, residents were asked not to go outside, as the enemy DRG was being cleaned up in the city.

In the afternoon, the head of the Kharkiv Regional State Administration, Oleg Sinegub, announced that the control over Kharkov was completely with the Armed Forces of Ukraine. Chuguev is also under the control of the Ukrainian military, and the offensive of the Russian aggressor continues in the Lipetsk direction, Volchansky and Belgorod.

“The Russian enemy is completely demoralized. Directly in Kharkov, leaving enemy equipment in the middle of the road, entire groups of 5-10 people surrender to Ukrainian troops. As soon as they see at least one representative of the Armed Forces of Ukraine, they surrender,” the message says.

It was an equally difficult night in Sumy. The city was shelled from artillery, as a result, two civilians were killed. In the morning, the Regional State Administration reported that a large convoy of enemy equipment was moving towards the city.

In the region, between Chupakhivka and Dovzhik, Akhtyrsky district, the occupiers shot a bus with civilians from tanks. An ambulance was not allowed to the scene of the tragedy, it is impossible to get to them, because the area around is mined. Local family doctors walked to the place of execution.

Later, the State Emergency Service showed a video of the results of the shelling of the city of Akhtyrka.(Fourth day of War)

Last night, Russian tanks entered Nikolaev. The Armed Forces of Ukraine and the terrorist defense managed to defend the city and establish control. There was a sweep from enemy DRGs.

On the morning of February 27, the mayor of the city, Alexander Senkevich, announced that a column of enemy equipment was moving from the Crimea through Kherson towards Nikolaev. Therefore, it was decided to raise the bridges. they will be divorced most of the time while the fighting continues.

In the afternoon the head of the Nikolaev Regional State Administration Vitaliy Kim turned to the people of Nikolaev with a request to help protect the “government quarter” – to throw Molotov cocktails. Local residents reported a series of powerful explosions from the Kulbakino airfield.(Fourth day of War)

Mariupol is controlled by the Ukrainian military. Mayor Vadim Boychenko spoke about the situation in the city on February 27:

“Tanks were bursting from Donetsk at night and in the morning. But our guys burned them. These are the 10th Assault Brigade and the 36th Marine Brigade. The special regiment “Azov” helped. We managed to take 6 prisoners, now they are testifying. From Russia, too, there is a promotion. The plane worked for our guys, but they held their positions and did not let them pass. A ship was approaching across the sea, but something stopped it, and it turned around and left. But we are ready.” (Fourth day of War)

1 thought on “Fourth day of War between Russia and Ukraine: What is Happeneing?”